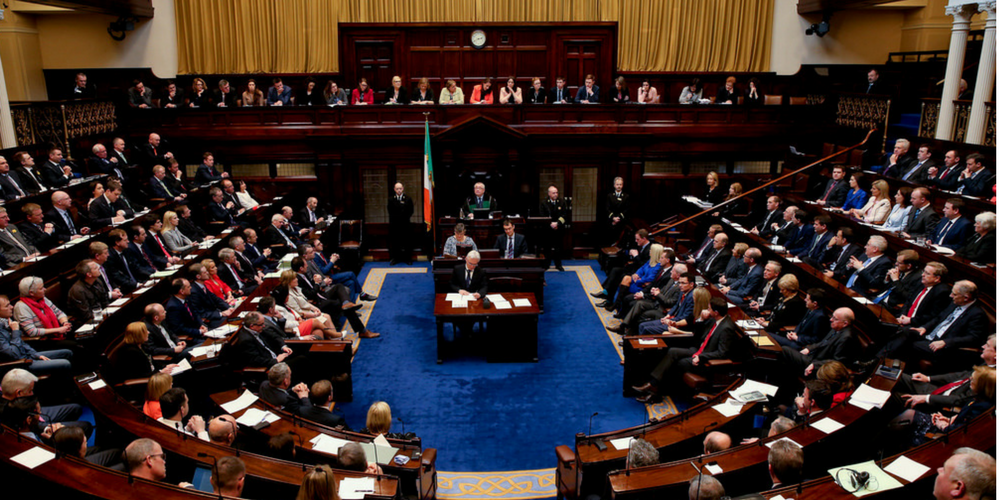 2018: A Look At The Political Year Ahead

With the festive season firmly behind us, it’s full steam ahead for 2018 and our Account Advisor, Tony Heffernan takes a look at what is set to be a very busy political year ahead.

The demise of so many ‘dead certs’ at the Christmas Festival at Leopardstown illustrated the difficulty – even for knowledgeable punters – of forecasting winners. Forecasting the course of political events in 2018 is every bit as challenging.

When the unlikely coalition of Fine Gael and a liquorice allsorts collection of independents was cobbled together in May 2016 with the support of Fianna Fáil in a confidence and supply arrangement, many commentators doubted that it would last 12 months.  Yet, more than 18 months later, it has defied the odds, delivered two budgets, survived the Frances Fitzgerald crisis and enters 2018 in relatively good health.

There is little doubt that the election of Leo Varadkar breathed badly needed new life into the government.  Although he had delivered little in the way of any major policy initiatives, Fine Gael has achieved its best opinion poll results in years and Varadkar’s own approval ratings have reached figures not seen for any Taoiseach since before the economic collapse.

Whatever movement there has been in political opinion since the 2016 general election has been towards the centre/centre right.  There is not much evidence to suggest that this will change in 2018. Labour is becalmed with support levels well below what would have been regarded as its norm.  Interestingly, the parties that targeted and inflicted such political damage on Labour – particularly through the water charges campaign – have not themselves benefitted.  Paul Murphy and Richard Boyd-Barrett may have been able to repeatedly bring tens of thousands of people on to the streets but there is no evidence from the polls that the marchers are inclined to vote for their parties.

Given that it was on its knees in 2011, Fianna Fáil will be reasonably happy with where it is now.  Although Fine Gael has opened up a gap on them in recent polls, things can change in the course of a general election – as Theresa May found to her cost last year.  However, if there is a general election in 2018, the best that Fianna Fáil can probably hope for is to flip the current government arrangement, where it would be the largest party, have to form a coalition with myriad independents or smaller parties and then look to Fine Gael to support the new government in another confidence and supply agreement. This is not a particularly attractive option for Fianna Fáil which means that Micheál Martin may continue to bide his time and allow the government to continue into 2019.

Referendum on the Eighth Amendment

While the seemingly intractable problems of health and housing will continue to fester and are unlikely to be solved in the next 12 months, there is little doubt that domestic politics in the first six months of 2018 will be dominated by abortion.  At a time when politicians are held in such low regard by many members of the public, the members of the Oireachtas Committee on the Eighth Amendment are entitled to particular praise for the huge amount of work put in to the hearings stretching over three months and the production of their final report on time.

Two separate pieces of legislation will be required in the Oireachtas – the first to facilitate the referendum on the repeal of the Eighth Amendment and then the altogether more complicated law to legally allow abortion in the circumstances recommended by the Committee.  The law to facilitate the referendum should go through without too much difficultly.  The abortion legislation itself (assuming the Eighth Amendment is repealed) will be much more problematic and its outcome more difficult to predict, with Fianna Fáil and Fine Gael allowing their TDs and Senators a free vote and the Sinn Fein position somewhat uncertain.

Those who survived opposing the introduction of the Eighth Amendment will be hopeful that this referendum campaign will be conducted in relative calm and rational debate, rather than the vitriol and nastiness that was such a feature of the 1983 campaign.  It may be a vain hope as abortion provokes genuinely held feelings of great passion on both sides.  If the referendum goes ahead as promised in May or June, there is a very good chance of it being passed, but it is by no means the done deal that some younger repeal campaigners seem to assume.  Referendum campaigns in Ireland have a tendency to go wrong and even if current opinion polls show strong support for repeal, the trend in virtually every referendum campaign over the past three decades (with the interesting exception of marriage equality) was for public opinion to move back towards the status quo during the course of the campaign.

Change of Leadership for Sinn Féin

If winners were difficult to predict at Leopardstown, there is one runner over the next few months whose failure to pass the winning post in front would produce an upset of unprecedented proportions.  Many think Mary Lou McDonald is a shoo-in to replace Gerry Adams in what will almost certainly be a one-horse race.  Sinn Fein in the South has never been able to match the progress the party made in Northern Ireland and some of its members and supporters (privately anyway) see the departure of Adams, Martin Ferris and other veterans of the Provisional IRA campaign of violence as an opportunity to broaden its appeal.

This may or may not be the case. The resignations and widespread allegations of bullying are probably symptomatic of deeper differences and splits within Sinn Fein.  With the departure of the authoritative figure of Adams (coupled with the death of Martin McGuinness last year) we may find that the glue that holds the impressive Sinn Fein machine together starts to melt.

As with all the other issues above, all will be clearer by the end of 2018.