Another year, another successful celebration of Africa Day with Irish Aid and DHR Communications. 2012 marked the fifth year DHR has been associated with the annual festival, which Irish Aid has celebrated every year since 2007. Once again, we were delighted to be on board in the planning, organising and media relations behind the event. 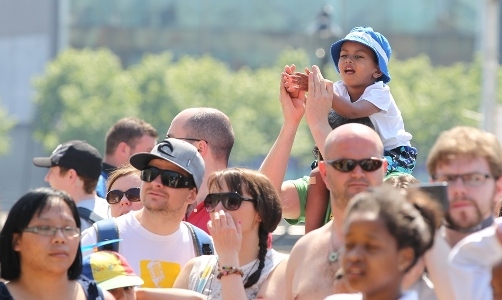 George’s Dock in Dublin was the location for Africa Day 2012, held in glorious sunshine on the 26th and 27th May. With music, food, games, fashion, discussions and much more, more than 10,000 people dropped by over the course of the weekend to soak up the African-style atmosphere. The event was a huge success and received hugely positive feedback from attendees and participants alike.

As you can imagine, a huge amount of organisation and planning goes into an event of this size, so DHR would like to thank the vast numbers of people who helped in making the weekend so much fun. In particular, we’d like to acknowledge the hard work of a dedicated team of volunteers who assisted on both days in making sure the celebrations ran as smoothly as possible. We’d also like to thank everyone who attended the event – we hope to see you again in 2013!

For more information on the origins of Africa Day, and of the events that unfolded in George’s Dock as well as other parts of the country, see our Africa Day Case Study. More information can also be found on www.africaday.ie.
You can also follow Africa Day on Twitter, Facebook and YouTube: