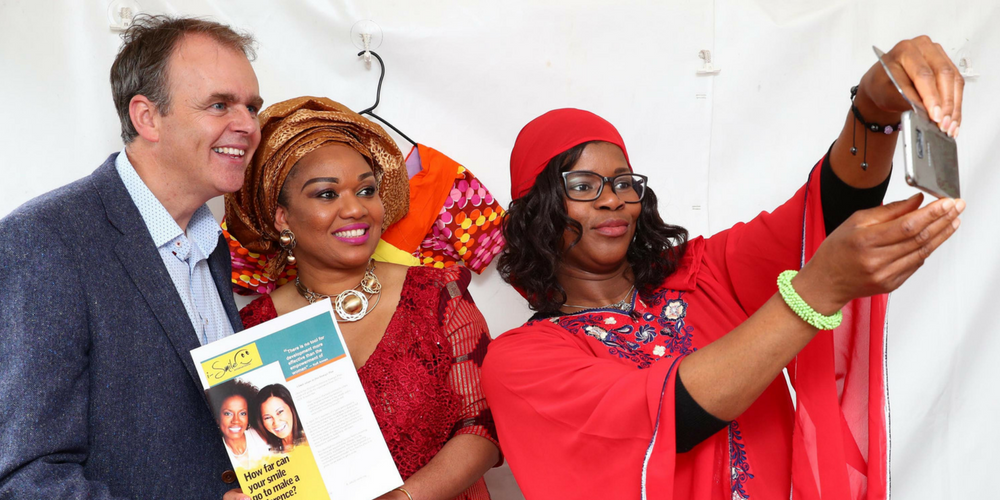 Thousands expected to celebrate Africa Day 2017 at the Phoenix Park

Thousands expected to celebrate Africa Day 2017 at the Phoenix Park

Farmleigh Estate in the Phoenix Park, Dublin will come alive with the sights and sounds of Africa, as at least 30,000 people are expected to gather to celebrate Africa Day 2017.

The free family-friendly event, which runs from 11am to 6pm, will have a jam-packed schedule of live music, as well as children’s entertainment, food, dance, drumming and sports.

Three music stages will feature international and home-grown acts, including internationally renowned Irish folk / world music group Kíla, who will headline the main stage; K.O.G. & THE ZONGO BRIGADE, the UK based nine-piece Afro-fusion group who have played Glastonbury as well as many other UK and European festivals and venues; Ireland’s leading intercultural choir, Discovery Gospel Choir; “melty rock” and agro-soul band, BARQ; and Aik J, a Dublin artist who unites the genres of hip-hop and pop with a soulful style.There will also be a rap and hip-hop stage and a third music stage, featuring a range of exciting emerging artists. A dedicated ‘Mount Kiddimanjaro’ children’s area will feature amusements, zorbing and funfair attractions to keep younger visitors entertained.

One of the focal points of the Africa Day Dublin event will be the outdoor African bazaar, called ‘Marrakech’. It will feature stalls from different African countries, showcasing drumming, dancing, hair-braiding, traditional fashion designs, and lots more. Representatives from the GAA and the FAI will be on site running sports workshops. In addition to African community groups, some of Ireland’s leading development NGOs will be present, offering fun and interactive activities. The Embassies of Egypt, Ethiopia, Kenya, Lesotho, Morocco, Nigeria, South Africa and Sudan will also participate in this vibrant celebration.

Africa Day events in Ireland are supported by Irish Aid at the Department of Foreign Affairs and Trade.  Minister of State for the Diaspora and International Development Joe McHugh T.D. will officially open the event at 1pm on the main stage.

Reflecting Irish Aid’s commitment to the UN Sustainable Development Goals, attendees are encouraged to leave their cars at home and instead take public transport, walk or cycle to Farmleigh.

To support this, Irish Aid will be providing bicycle racks at Farmleigh and Dublin Bus will once again provide a free shuttle-bus service from the Heuston Bridge / Parkgate Street bus stop into the Phoenix Park.