Subscribe For News
Home » DHR News » Almost one in three adults knows someone who has recently lived in temporary accommodation
October 3, 2019 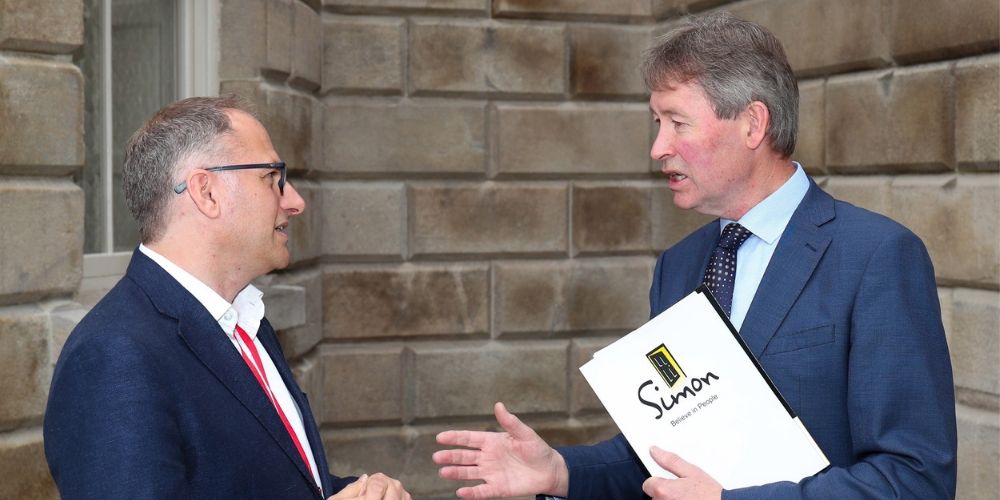 Almost three in ten Irish adults know someone who is staying in temporary accommodation, or who has done so in the past 12 months, according to research published by the Simon Communities of Ireland.

In a national omnibus survey – conducted on behalf of the Simon Communities of Ireland in September by Amárach research – awareness of someone living temporarily with another household is highest among those aged under-25 and living in Leinster.

Simon Communities of Ireland Head of Policy and Communications, Wayne Stanley said: “The finding in our national poll confirms that homelessness – and hidden homelessness in particular – is pervasive and is within touching distance of almost one in three Irish adults.

He added: “In this survey, we aimed to identify awareness of hidden homeless, where people are staying in a household – and on a temporary basis – without any tenancy or ownership rights.  Often, they are sleeping on a floor or a couch, and are only living day-to-day while caught in such precarious living.”

The Simon Communities of Ireland published this research ahead of its briefing of national politicians on homelessness. The event is taking place as part of Simon Week, which runs until Sunday, 6th October.

In addition to securing an understanding of awareness of people living in temporary accommodation, Simon also sought to establish if housing and homelessness will feature among issues for the electorate ahead of the next general election, anticipated in 2020.

Mr Stanley said: “These results present a clear message to all politicians seeking national office in the next general election.  That message is that housing and tackling homelessness are election issues, and the electorate wants a government that is committed to delivering solutions.”

Concern for government action on housing and homelessness is prevalent among all age groups, with the greatest levels of concern among those aged under-25 (32%), followed by those aged 35 – 44 years (30%), and those aged over-55 (who are likely to be concerned about their children and family). Women show greater likelihood of prioritising housing and homelessness than men (30% vs 25%).  Men are more likely to prioritise health (45% vs 36%).

Mr Stanley added: “One of the messages that we will be delivering to politicians at our briefing is that ending homelessness is possible.  It’s time to stop viewing homelessness an intractable problem.  A progressive approach to resolving homelessness and providing housing solutions to people involves greater willingness to explore new solutions, including the cost rental model of housing, where tenants can live in affordable, secure accommodation for their lifetime.

“What will be important for political parties, in preparing their general election manifestoes, is focusing on solutions that will make a difference and that are achievable.  Not all of the solutions lie in home ownership and the private rented sector.  We need to move beyond this.”