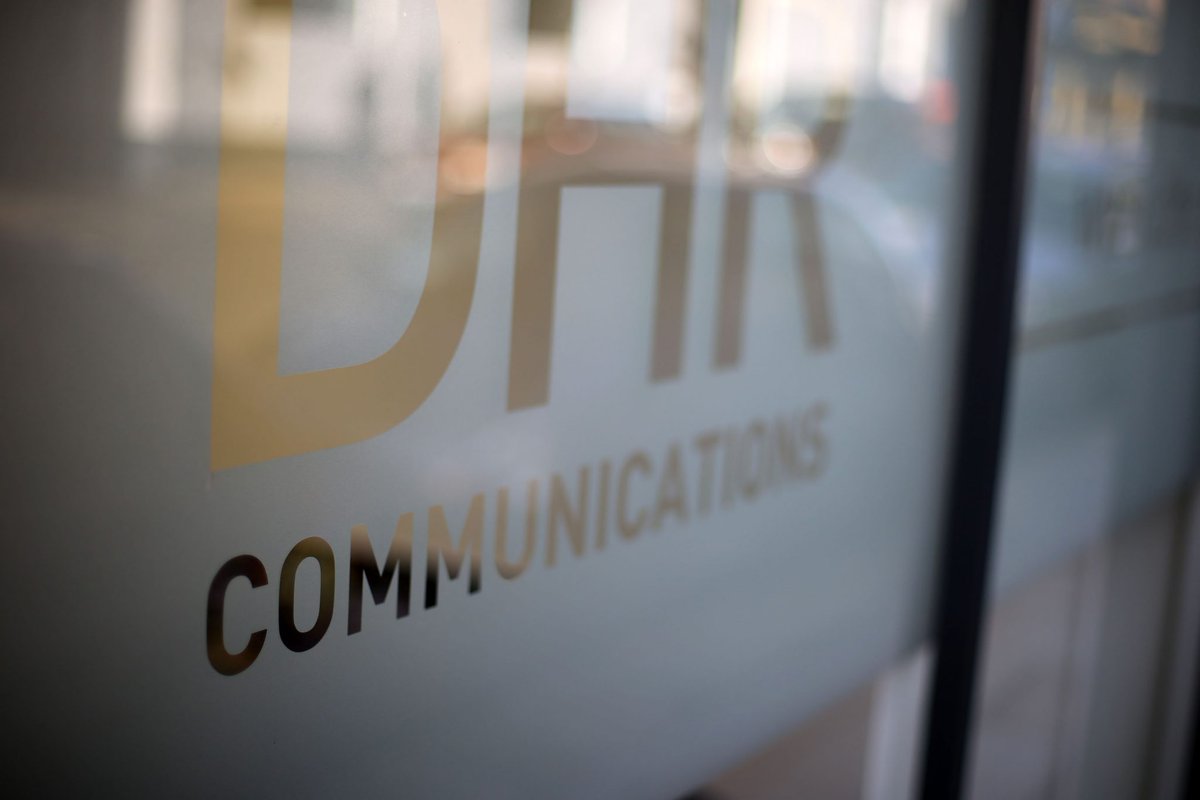 Arts, culture and heritage participation during a pandemic

As a consultancy with marked interest and expertise in the arts, culture and heritage space, DHR Communications sought to better understand the extent to which the pandemic has impacted public participation in these sectors over the last six months. To that end, and following last week’s announcement of our findings into media consumption over the same period, we added a question investigating this to the Amárach Research October Omnibus. The results shed some light on the extent to which the public have engaged with arts, culture and heritage during the public health crisis – or not.

Overall, participation in arts, culture and heritage activities during the last six months has been low. This is hardly unexpected. The results reflect the fact that theatres, cinemas and music venues remained shuttered during the period surveyed; that most festivals were cancelled, downsized or moved online; and that museums and galleries only opened in early July, following the first lockdown. 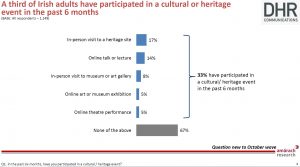 Other factors are certainly at play too. The move to ticketed or appointment-based systems among both large public institutions and smaller commercial galleries which were open removed much of the spontaneity of visiting a gallery or museum. Similarly, the perceived burden of having to book a ticket may dissuade visitors. Undoubtedly, a flight of footfall from urban centres, bereft of opportunities for leisure, including retail and hospitality, would also have directly impacted the visitor numbers of arts and culture organisations.

That an in-person visit to a heritage site was the most popular activity chosen, might positively reflect the Government decision to make most OPW sites free-of-charge during the summer, in a year that the Irish public rediscovered – or discovered – the ‘staycation’ and the potential in their own ‘back yard’.

Prospective visitors to arts, culture and heritage spaces may need extensive reassurances that the safety of a particular venue or site, especially those indoors, can be guaranteed in terms of the public health measures on offer, and that such measures are implemented in a way that does not distract from the enjoyment of their visit. It has been plain to see that public health measures have been meaningfully implemented among various arts and culture venues, so their visitor numbers may be up against a perception issue among the public. Older audiences who are ‘cocooning’, who may have once been regular visitors to such venues and sites, have almost certainly dropped off, alongside school groups and international visitors, the threat of which requires no further elaboration here.

The pivot to online for many arts, culture and offerings is a feature of life under coronavirus restrictions. This development is unlikely to be reversed in a post-pandemic world, as organisations’ capacity to produce such events grows and the necessary infrastructure has been put in place. Coronavirus has demonstrated what’s possible in the domain of online cultural events. The potentially enhanced level of access and inclusion, and widening of audiences which can accompany this move to more online programming won’t be lost on organisations, particularly those which are publicly funded and have a wide target audience.

Exhibitions, performances, talks, lectures, workshops and entire festivals have migrated online with varying degrees of success. In any case, levels of discernment among the public for such events has likely increased – the public expect a minimum standard when it comes to quality and seamlessness of production and content. However, Zoom fatigue is real and prevalent. Even the most compelling arts and culture offerings aren’t immune from the tiresomeness of screen-gazing, as well as being absent of the collective experience which is an integral part of attending a play or opera, for example. As an alternative, a recent theatre review in The New Yorker suggested that, “audio will step into the breach to take us places that glazed screen-gazing can’t”. Despite the proliferation of online arts, online and cultural initiatives, the level of uptake over the last six months has been generally low, according to this research. However, it is important to bear in mind that the volume of virtual cultural offerings prior to the pandemic was most likely far lower, to the extent that they existed in any meaningful way at all.

Assuming that virtual events will continue as an integral part of an organisation’s programming, the question of sustainability arises and, with that, the prospect of moving to a paid model. At the outset of the pandemic, virtual cultural offerings were largely offered for free. This was admirable at the time. However, it may have fed a perception that digital culture is, or should be, free and it remains to be seen if there is a willingness to pay for digital culture among the public. This is a topic which inevitably feeds into wider and ongoing conversations around the value placed on arts, culture and heritage by society, particularly in a post-pandemic world. The experience of the pandemic has highlighted the invaluable role arts, culture and heritage have to play in growing resilience and cohesion, and offering reprieve from the anxiety and uncertainty of the pandemic, as well as throwing into sharp relief the vulnerability of a sector.

All of this considered, few people would seriously suggest that there is any worthy stand-in for the in-person and live experience, no matter how well-executed such an experience might be, via a live medium. The Irish arts, culture and heritage sector is as inventive as it is resilient and, no doubt, such imaginativeness will be centre-stage, as a means of facilitating physically distant and public health compliant in-person programming, when such a time allows.

While the figures in this research might be stark, one should take buoyancy from Budget 2021, which served, arts, culture and heritage well. One would hope this top-down support – and the fact that these sectors seem, finally, to be treated more seriously than before, thanks to campaigning and advocacy from across the sector – will go some way in re-engaging the public.