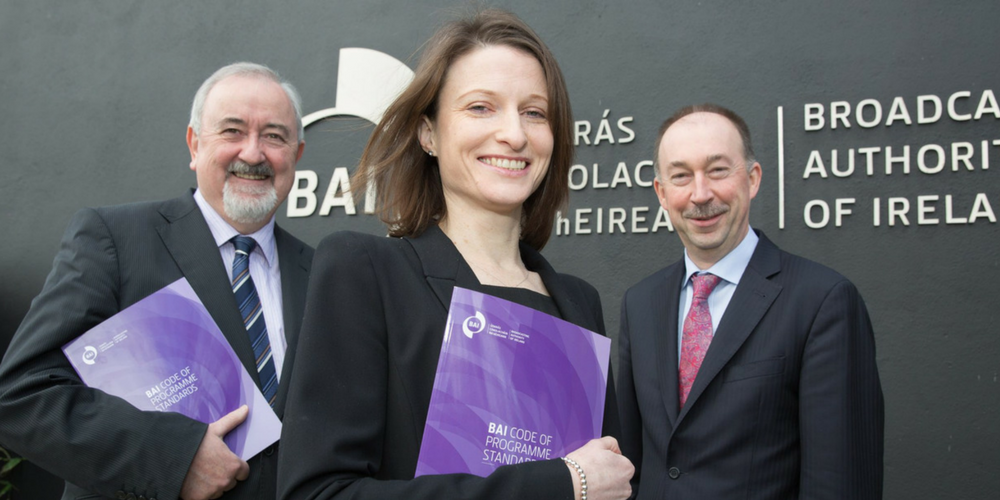 A key aim of the Broadcasting Authority of Ireland’s (BAI) Code of Programme Standards is to promote responsible broadcasting.  In addition, the code seeks to ensure that access to information, entertainment and education – as well as a range of views in the broadcast media –  are enhanced and undue offence and harm are reduced.  That’s according to the Chairperson of the BAI, Professor Pauric Travers, speaking at the launch of the code today (27.01.15).

The Broadcasting Act 2009 requires the BAI to prepare codes and rules, and to review the effect of such codes and rules in accordance within specified timeframes.  Following a review of the current code in 2014; which has been in operation since 2007, the BAI has now finalised a new Code of Programme Standards (COPS).  The code will come into effect on 1st March 2015.

There are seven guiding principles underpinning the code.  They are respect for community standards; importance of context; protection from harm; protection of children; respect for persons and groups in society; protection of the public interest; and respect for privacy.  Each principle is accompanied by a list of non-exhaustive requirements that broadcasters must discharge.

Speaking about the revised code, Michael O’Keeffe, Chief Executive of the BAI said “The revisions to the code aim to acknowledge the diversity of tastes and interests that exist in contemporary Irish society and to encourage and facilitate broadcasting that caters for this diversity.  It will also advise viewers and listeners on the standards they can expect from broadcasting services and facilitate in holding broadcasters to account in the event that they believe that a broadcaster has behaved irresponsibly.

“Before finalising the code, the BAI undertook a review of the effect of the current Code of Programme Standards.  The outcomes of the review highlighted that, while the content of the existing Code remains relevant, the structure and wording of the code required substantial revision.  In an effort to make it more user-friendly and understandable, the code prioritises a principles-based approach but also provides specific guidance to broadcasters as to how these principles might be fulfilled.

“As with all such reviews, the revised code was the subject of a public consultation process and a range of submissions were received from broadcasters, representative organisations and members of the public.

Mr. O’Keeffe went on to say “Freedom of speech and freedom of expression are issues that have been very much in the news in recent times.  Revising a code that deals with programme standards will always be a challenge, not least because there is no absolute, universally shared sense of what appropriate standards are or how they should be observed.  There is no right not to be offended, but there is a right not to be harmed by what is broadcast.

“Much of what the new code provides is already reflected in the way in which responsible broadcasters approach their work.  It is the earnest hope of the BAI that this code will continue to facilitate broadcasters in achieving the highest possible programme standards in the service provide to the audience.”

Download the pdf of the Code of Programme Standards here.