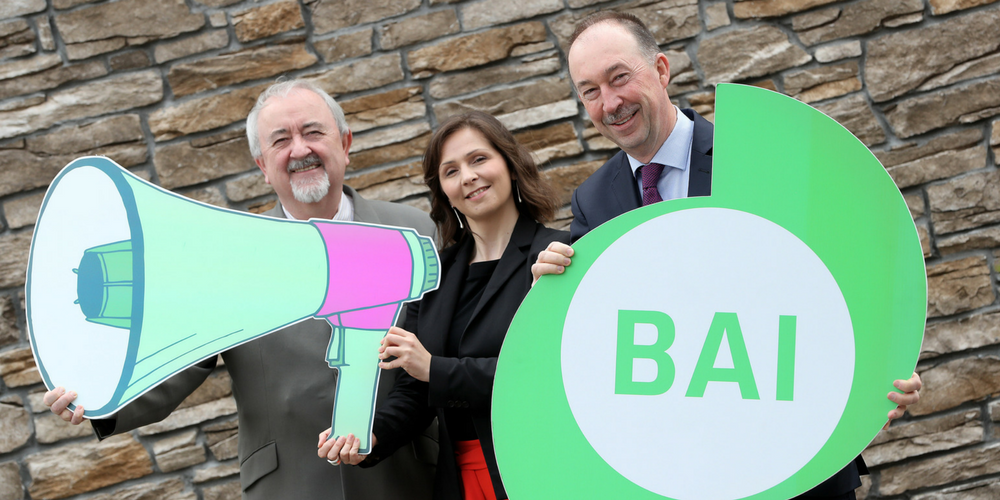 The Broadcasting Authority of Ireland (BAI) has today (28.03.17) launched its revised General Commercial Communications Code, which sets out the rules that Irish radio and television stations must comply with when it comes to airing advertising, sponsorship, product placement and other forms of commercial communications.

The revised Code will come into effect on 1st June 2017. It was developed by the BAI following a statutory review of the current Code and a public consultation on a revised draft. Updates made in this latest revision include rules regarding commercial communications for financial services and products; and the provision of greater clarity on the distinction between sponsorship and product placement.

Speaking at the launch of the revised General Commercial Communications Code, Professor Pauric Travers, Chairperson of the BAI, said: “During the public consultation undertaken as part of the Statutory review process, the BAI received valuable feedback from a range of stakeholders in the broadcasting sector as well as from other business representatives, and much of this is reflected in the final version of the Code, which is being launched today. While the broadcasting landscape is constantly evolving, the BAI is satisfied that the Code is sufficiently robust to provide direction and clarity to broadcasters over the coming years.”

Under the revised Code, mandatory regulatory statements in radio advertisements for financial services and products are excluded from the calculation of advertising minutage, the number of minutes broadcasters are permitted to devote to advertising within any hour. The Code also clearly defines the difference between product placement and sponsorship: if a product or service is built into the action of the programme, it is product placement; if sponsor announcements or references are shown during a programme but are not part of the plot or narrative of the programme, they qualify as sponsorship.

BAI Chief Executive, Michael O’Keeffe said: “The aim of the revised Code is to give the public the confidence that commercial communications on television and radio are legal, decent, honest, truthful, and protect their interests. It is also intended to provide greater clarity and certainty for Irish broadcasters on the standards that they should apply.”