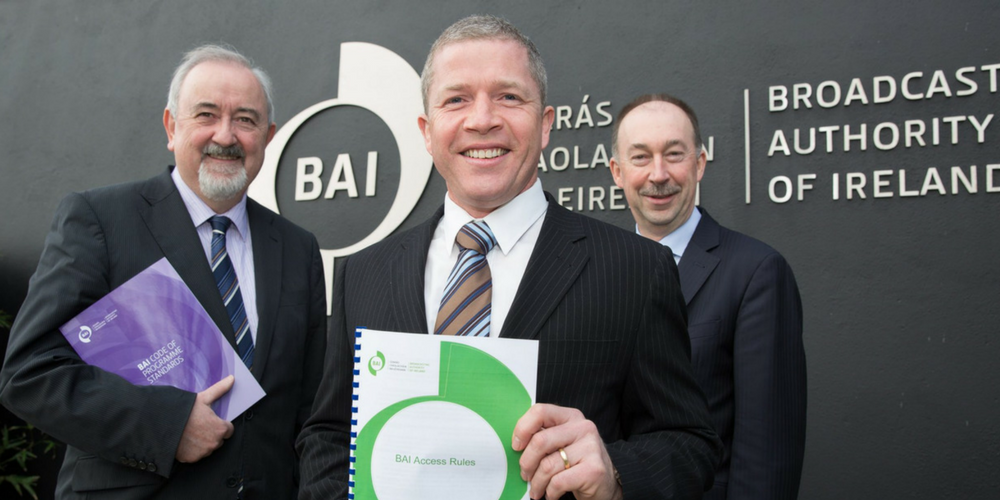 The Broadcasting Authority of Ireland (BAI) has today (27.01.15) published revised rules governing the level of subtitling, sign language and audio-description that Irish television broadcasters must offer to the public. The rules update the current Access Rules, which were last reviewed in 2012.

The changes are aimed at making television more enjoyable and accessible for people who are deaf, hard-of-hearing, partially sighted or blind.  The changes are being made following a review by the BAI of the rules introduced in 2012, and a public consultation process in which the BAI sought views from the general public, representative groups and broadcasters.

Speaking at the launch of the revised rules, the Chief Executive of the BAI, Michael O’Keeffe said: “The Access Rules have been in place since 2005 and there have been significant changes to the amount of home produced and live content available on Irish television since then.  Advances in technology and the switch over to Digital TV in 2012 provided new methods by which broadcasters can provide programming to the Irish viewing audience.

“The Access Rules contain target ranges which set out what percentage of programming on each television channel should have subtitling, sign language or audio description.  Our review of the rules suggested that there was no requirement for significant changes.  It also found that broadcasters were broadly compliant with the rules in terms of the amount of access services they have made available over the past two years.

“The use of percentage target ranges rather than one specific percentage target has incentivised broadcasters to take on the more challenging aspects of access service provision.  Examples of this would include a broadcaster taking on a move to live subtitling, or subtitling of a particular programme genre not offered elsewhere, e.g. live sports,” he said.

Subtitling targets are also set for the first time for the three RTÉ television services established in 2011, namely RTÉjr, RTÉ Plus 1 and RTÉ News Now.

Mr. O’Keeffe said: “Research undertaken by the BAI shows that audiences who use access services do not want the Rules to specify the genres of programming that broadcasters should prioritise in terms of access provision. The one exception is that users do welcome the prioritisation of content that is made in Ireland and that is unique to the Irish broadcasters.

“We are confident that the new Access Rules and will offer greater access to better quality programmes for people who are deaf, hard-of-hearing, partially sighted or blind.  I want to thank those broadcasters, interest groups and members of the public who participated in the consultation process,” added Mr. O’Keeffe.

The BAI Access Rules are available in a number of formats, as follows: