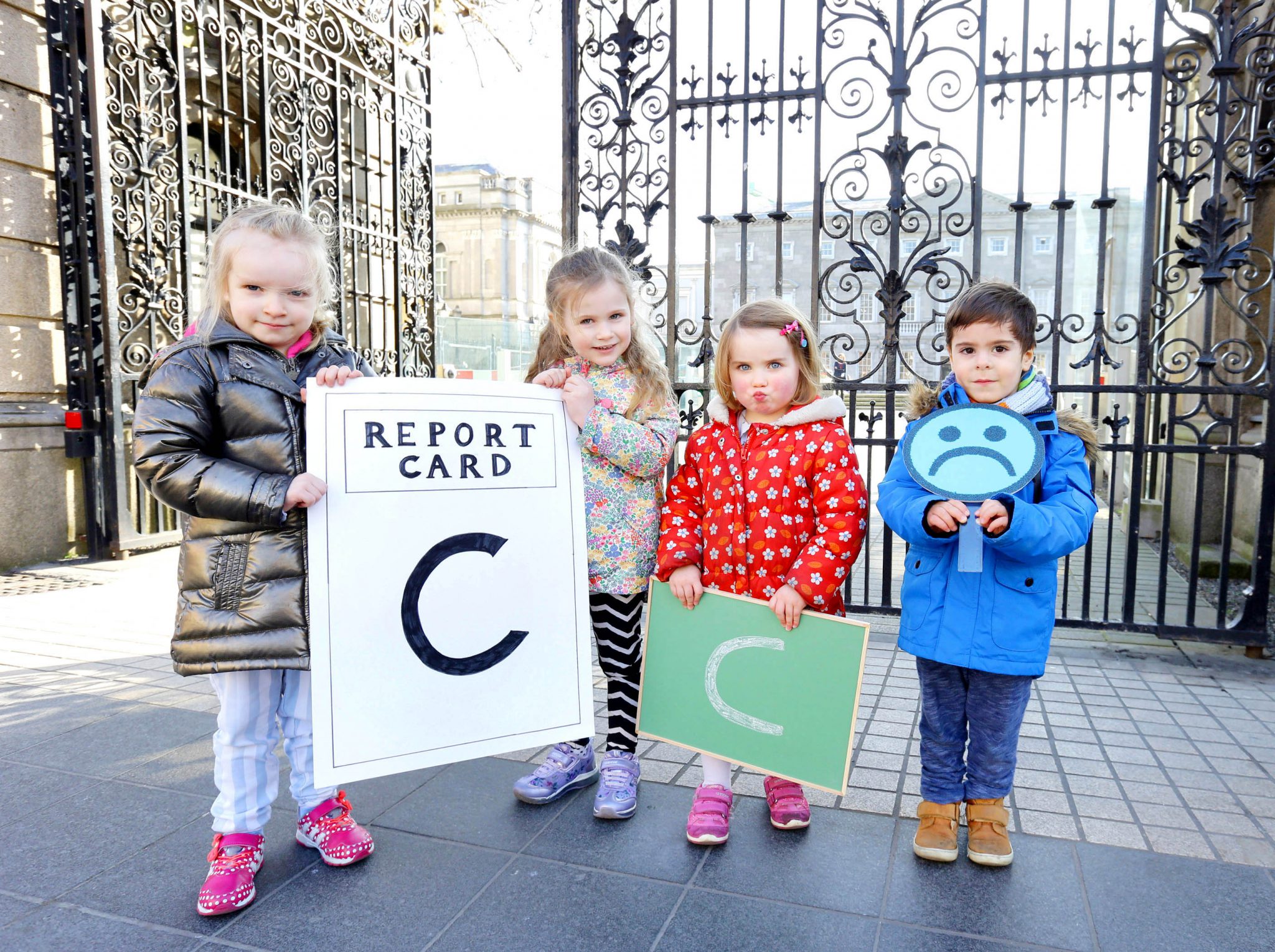 The most vulnerable children in our society have been left behind, and the incoming government must make children’s rights an urgent priority. That’s according to the Children’s Rights Alliance, which launched its Report Card 2016 today (14.03.2016).

The Report Card is the eighth in the series, and is assessed and graded by an independent panel of experts. The Government is graded on its progress on the implementation of commitments to children under the Programme for Government 2011-2016.

For the fourth consecutive year, the outgoing government has received an overall ‘C’ grade from the Children’s Rights Alliance, reflecting a number of positive developments. However, according to this year’s Report Card, there are a number of key areas within which the Government has continued to fail the most marginalised groups and these need to be urgently addressed.

At today’s launch, Tanya Ward, Chief Executive of the Children’s Rights Alliance, said: “The timing of this year’s Report Card is unique. It is the first time in eight years that we have issued the findings while there is a hiatus in government. We call on the incoming government to ensure that children and young people are a key priority in the Programme for Government.  It is crucial that we continue to have a Minister for Children and Young People with full Cabinet status. This is the only way that we will have a chance to change the lives of children most in need.”

‘Child Poverty’ was awarded an ‘E-’ grade and ‘Child and Youth Homelessness’ dropped to an ‘F’, reflecting the inability of the Government to take decisive action to address this crisis.

Tanya Ward continued: “Our Report Card has, once again, identified child poverty rates which we are facing in this country as a pressing issue that must be addressed (one in nine children is now living in poverty) and the number of homeless children rose by an incredible 90 per cent in the past year alone. We are starting to turn the corner when it comes to child poverty and the Government published a child-friendly budget for 2016, but the number of children experiencing homelessness is just not acceptable.

“The impact of the housing crisis has been devastating on families in Ireland and children in particular are suffering disproportionately. Emergency housing that is not family-friendly or child-appropriate can have severely negative impacts on a child – from the distress of upsetting their daily routine, to being removed from schools, friends, community and healthcare.”

According to Ms. Ward: “The current upturn in the economy must not prove to simply push the most vulnerable even further into the margins of society. The last administration placed emphasis on improving the infrastructure to support children’s rights including the creation of the Department of Children and Youth Affairs, the establishment of the Child and Family Agency, Tusla and the introduction of progressive legislation heralding much needed, comprehensive family law reform. However, there are groups of children that have been left behind.”

According to the Report Card 2016, there are a number of key areas where improvements are needed including patronage and pluralism in education, the rights of Traveller and Roma children, and migrant children. Once again, children found themselves unable to access their local primary schools because of their religion. Momentum on this issue fell sharply over the course of the government and the grade for ‘Patronage and Pluralism in Primary Education’ dropped to a ‘D’.

The situation for ‘Traveller and Roma Children’ and ‘Migrant Children’ only slightly improved, receiving an ‘E-’ and a ‘D-’ respectively. The Children’s Rights Alliance is calling for a number of immediate actions including: the implementation of a monitoring and evaluation mechanism for the national Roma and Traveller Inclusion Strategy; the delivery of the commitment to recognise Traveller ethnicity; and ensuring adequate and appropriate accommodation is provided to Traveller families by local authorities. Additionally, the Alliance is calling for the publication and implementation of a new integration strategy without delay in order to ensure that no families are living in the direct provision system for any length of time.

One ‘A’ grade appears in Report Card 2016, for the first time ever in the area of right to equality and non-discrimination. This reflects a number of important developments including the amendment to the Constitution providing marriage equality for same-sex couples, which has wide implications for LGBT children and young people.

Progressive legislation was enacted in the Children and Family Relationships Act 2015 heralding much needed, comprehensive family law reform providing legal protection for children in various family types. As a result, the ‘Inequalities in Family Life’ section was the strongest performer in Report Card 2016.

Other areas doing well include ‘Education’, which has remained consistent under this Government. Within this area, ‘School Buildings’ received an ‘A-’ grade and this section has consistently gained high grades, reflecting progress made and the move away from prefabs across the country. ‘Child Literacy’ gained a ‘B+’ and ‘Early Childhood Care and Education’ received an improved ‘B-’ , a significant rise from last year’s ‘D+’ grade, as a result of investments promised in Budget 2016.

In ‘Health’, the roll out of Free GP care to under-sixes and the commitment to extend this to under-twelves saw a slight improvement (‘B-’) in ‘Primary Care’. Movement on legislation such as the Public Health Alcohol Bill 2015 and the enactment of the Public Health (Standardised Packaging of Tobacco) Act 2015 saw the grade in this area rise to a ‘B’.

Tanya Ward added: “2015 was a landmark year in terms of the constitutional amendment on children, the Children and Family Relationships Act, the Children First Act and the marriage equality referendum. It’s crucial that we highlight the positive developments that have been made in this area and also in the areas of literacy, early childhood care and education as well as health, with the roll out of Free GP care.

“We are calling on the next government to translate these positive developments made by its predecessor, uphold its international obligations and make life better for all children – including those who need it most. All children should be cherished equally, and in a year that we celebrate 100 years since the 1916 Rising it has never been a more fitting time to uphold that statement.”

The full 2016 Report Card from the Children’s Rights Alliance is available at: www.childrensrights.ie.

About The Children’s Rights Alliance

The Children’s Rights Alliance unites over 100 members working together to make Ireland one of the best places in the world to be a child. We change the lives of all children in Ireland by making sure that their rights are respected and protected in our laws, policies and services.