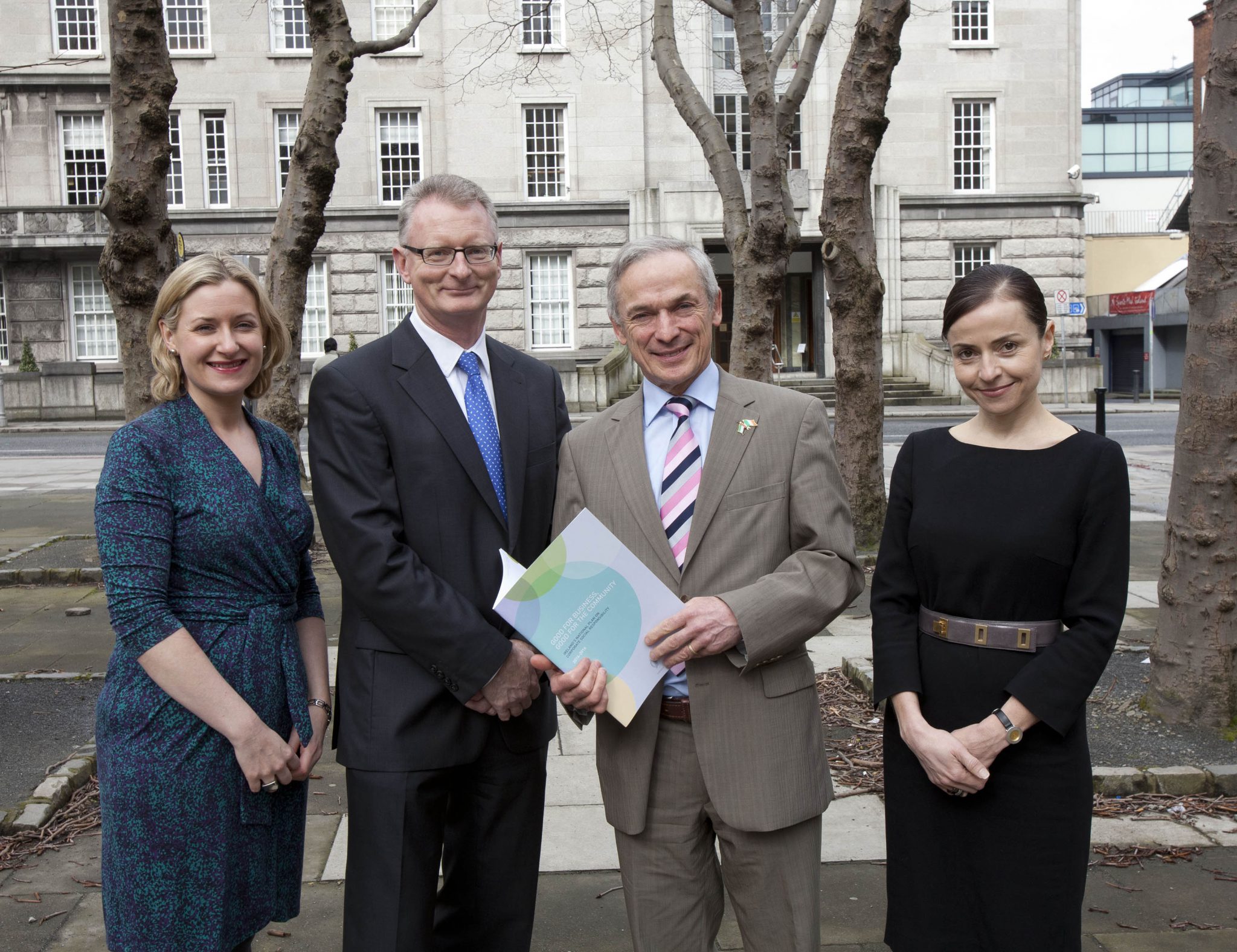 DHR Features in Launch of Ireland’s National Plan on CSR

We’re usually the ones organising photocalls, rather than participating in them; working behind the scenes, not posing in front of the camera.  However, the tables were turned this week, when we were invited to participate in the launch of Ireland’s National Plan on Corporate Social Responsibility (CSR).

The plan was launched by the Minister for Jobs, Enterprise and Innovation, Richard Bruton TD.  DHR’s Managing Director, Catherine Heaney, and Executive Director, Martina Quinn, were invited to join Minister Bruton for a photocall to mark the launch.

The new plan, ‘Good for Business, Good for the Community’, covers the period 2014 to 2016 and aims to support the Government’s objective of making Ireland the best small country in which to do business.  It sets out a vision for Ireland to be recognised as a centre of excellence for responsible and sustainable business practices.  It’s the first ever national plan on CSR for Ireland, and – according to the Government – represents a milestone in raising the profile of CSR in the country.

Last year, DHR was shortlisted in the ‘Best SME’ category in the annual CSR Awards run by Chambers Ireland.

We were joined at the launch of the new CSR plan by the Chief Executive of Chambers Ireland, Ian Talbot.  Representatives from Business in the Community, the network for responsible business, were also in attendance.

You can read more about DHR’s approach to CSR here, and you can find out more about the new National Plan on Corporate Social Responsibility here.