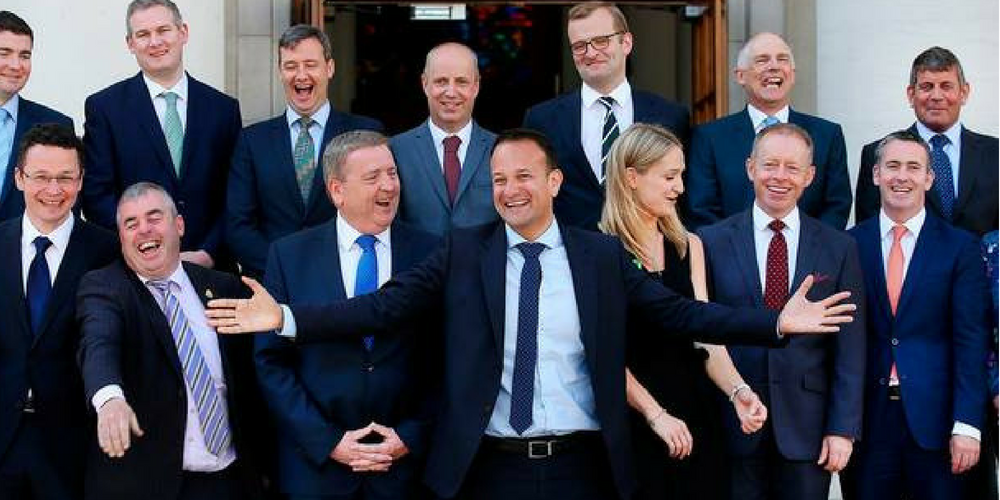 Challenges await as the Dáil returns

With the cabinet meeting again on a weekly basis, the political party ‘think-in’ season concluded and the parliamentary recess coming to an end, it is an opportune time for our Account Advisor, Tony Heffernan to look at just some of the major issues that will confront the government and the Dáil in the run up to Christmas.

Leo Varadkar had only a short four week period as Taoiseach before the Dáil broke for the summer recess and benefited from something of a honeymoon period.  However, he is likely to face a far greater level of scrutiny and attack in the new Dáil session.  Critics have claimed – with some justification – that we have yet to see anything of substance from the new Taoiseach.  Certainly, he has been all over the media in soft focus features and photographs but, apart from a well-considered speech in Belfast on Brexit, it hard to point to a single significant intervention or decision from him since taking office.

The budget is set for October 10th – the second of the three budgets that form part of the Confidence and Supply Agreement with Fianna Fail.  Few Leinster House watchers expect the government to fall on this budget, but with less money available than expected earlier in the year Pascal Donohoe faces a tricky task in keeping Fianna Fail and his own party happy – not to mention the government supporting Independents.  But budgets are always tricky and a misjudgement on the part of the government or miscalculated brinkmanship on the part of Fianna Fail could bring the whole house of cards crashing down.

There is no doubt that the biggest economic and social challenge facing the government and the country is housing, which has replaced health as the major issue exercising the public. It is likely to be the focus of major attention from the opposition in the next Dáil session. Ironically as all the other economic indicators have improved, the housing situation just gets worse and worse and neither this government or the previous administration have shown any real ability to tackle it.  Eoghan Murphy is a new minister, with little experience in office, but the survival of this government may well rest of his planned review of the Rebuilding Ireland Action Plan, which is expected to be published over the next few weeks.

Next year will mark the thirty-fifth anniversary of the enactment of the Eight Amendment to the Constitution.  It has taken that length of time for many people to realise that opponents of the 1983 referendum were correct when they forecast that the amendment would do nothing to solve the problem of crisis pregnancies, that it would put Irish women’s lives at risk and that it would simply lead to the exporting of the problem – as least for those who can afford the cost of travel and a termination abroad. 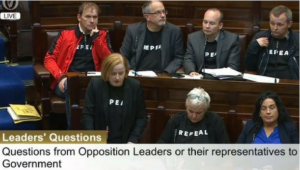 Following the impressive work of the Citizens’ Convention, a special cross-party Oireachtas committee has now been tasked with coming forward with a set of proposals to put to the people in a referendum.  The committee has agreed a work plan and will shortly commence public hearings, but it faces a huge challenge if it is to meet the government’s target of a referendum in the first half of next year.  While attitudes have changed enormously since 1983, abortion remains a hugely divisive issue in both Fianna Fail and Fine Gael.  It may be possible for the committee to reach a consensus on reform proposals, but getting them through the Dáil will be another matter altogether.

Even a few years ago few people would have anticipated that matters relating to the Gardaí would have become such a dominant issue in Irish political life.  Scandal after scandal, disclosure after disclosure have severely dented public and political confidence in the force.  The sudden departure of Nóirín O’Sullivan may have temporarily eased the pressure on the government, but hugely important decisions have now to be made not least about who should replace O’Sullivan and if the appointee should be from within or outside the force and from Ireland or abroad.

There will be other issues. Teacher’s pay is likely to be a continuing problem.  The government will be hoping for a benign winter without a new flooding crisis or prolonged bad weather that would place even greater pressure on the health services.  And we can be fairly certain that issues that nobody has anticipated will crop up and throw the government off course – that is the nature of politics

After a rocky start, relations between Fine Gael and the Independents appear to have stabliised.  When the Dáil adjourns for Christmas we will probably be in a better position to assess if the Fine Gael/Fianna Fail agreement will run its full three year course, or if – as many expect – we may face a general election in the first half of next year.

Image via TheJournal.ie and Getty Images