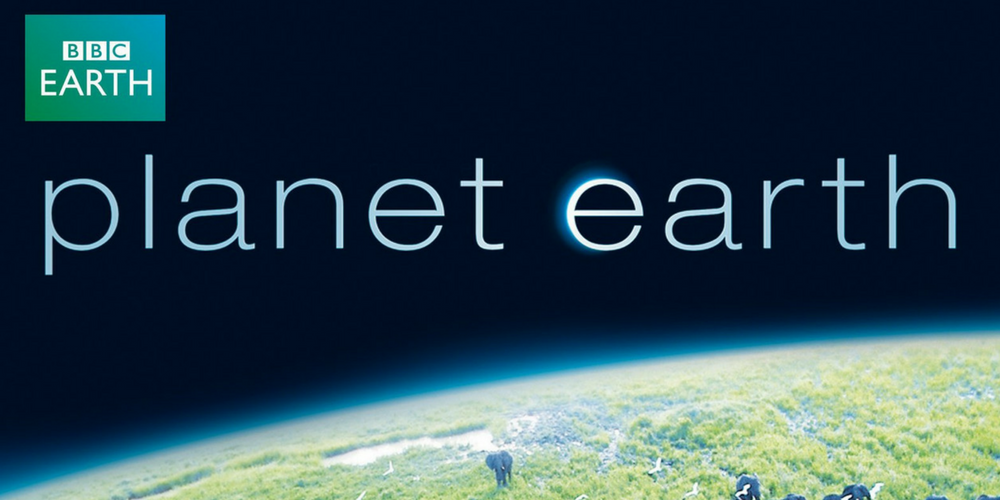 With the Christmas break coming, and all the TV-watching that usually comes with it, the DHR team thought we would share our current Favourite TV Shows.

As a consequence of the plethora of high-quality content available on (and in many cases native to) on-demand online platforms, my TV consumption is at its lowest ever level. Despite this, my favourite is a TV programme in the traditional sense of the word, broadcast – and keenly awaited – once a week, on a Sunday. It doesn’t feature any great actors, elaborate plots or persuasive dialogue, yet it has all the elements required for highly compelling television: action, suspense and surprise. It’s the BBC’s amazing second series of Planet Earth, presented by Sir David Attenborough.

A decade after the first Planet Earth series was filmed, the documentary series that explores how animals meet the challenges of surviving in the most iconic habitats on earth has returned to our screens. The series took five years to make and with a price tag of £20million, it is the most expensive documentary ever broadcast.

I find Planet Earth completely immersive. The series gives the viewer a feeling of being taken on an exciting journey through jungles, mountains, islands and deserts and of experiencing almost at first hand a 200mph nose-dive with a golden eagle in the Alps, a close encounter with the extremely elusive snow leopards in the Himalayas, or a hair-raising jaguar-caiman showdown in the Costa Rican jungle.

The Planet Earth series offers a remarkable insight into the precarious balance of our planet’s eco-systems and the techniques adopted by all forms of life to cope with their environment. It always leaves me slightly in awe, marvelling at the many astonishing facets of animal and plant life, and at the skill and amount of work that goes into the production of every minute of this monumental documentary. In my view, Planet Earth is essential watching for people of all ages.

Without a doubt, Stranger Things has been my TV highlight of 2016. The Netflix show was a cinematic experience and pretty much all of your favourite 1980s movies wrapped into one – Stand By Me, Close Encounters of the Third Kind, Aliens, E.T., Poltergeist, Nightmare on Elm Street, Goonies…the list could go on. Winona Ryder’s comeback as distraught mom Joan Byers was also a masterstroke, especially for any 80s/90s kid who grew up watching Beetlejuice, Edward Scissorhands and Heathers.

There’s also the character Barb, who won the Internet’s heart as the bespectacled, concerned and responsible friend of Nancy. Barb’s storyline and character created an online phenomenon (‘What about Barb?’ #ImwithBarb) with an almost cult-like following, despite having minimal screen time.

And a shout-out must be given to my favourite character, Dustin, the smart-talking, truth-speaking heart and soul of the gang, with arguably the best line of the series: When Dustin calls up their science teacher Mr Clarke at 10pm on a Saturday night to ask (sort-of spoiler alert) how to build sensory deprivation tanks, he asks him to talk to him about it on Monday after school, to which he replies: “You always say we should never stop being curious, to always open any curiosity door we find…Why are you keeping this curiosity door locked?” Now, how could you say no to that?

PR & Events Intern, Danny Trench Bowles – The Thick of It

The Thick of It is a must watch for anyone in politics, public affairs or communications. It offers a fictional, comedic glimpse into the corridors of power, or lack of power as the case may be, of the British government. The show takes a pretty scornful view of contemporary politics; all of the ministers, advisors and civil servants in the show are either spineless, incompetent, politically vacuous or bullies, and often all four.

Particularly memorable is the role of Malcolm Tucker, Director of Communications and head bully for the government, and then the opposition in the final series. He is the “all-swearing eye”, the enforcer who ensures everyone keeps on message by swearing at, intimidating and assaulting his colleagues.

Though every character seems to be utterly foolish and inept, they all happen to be incredibly witty; offering hilarious, quotable lines. But these are often subtle, that is why you can watch The Thick of It a hundred times, and I’m coming close to that figure, and still find new lines to make you laugh.

It has gotten to the stage where I now view political change through the lens of “What would The Thick of It do with this?”. Unfortunately, creator, writer and director, Armando Iannucci recently said that he could never bring back The Thick of It now because the current political landscape is too “alien and awful” to satire or imitate. I, for one, believe the world will always need The Thick of It.  And if Iannucci stands by his claim that he’ll never make a new series, I’ll just have to content myself with watching the old ones over and over again. And that’s fine by me.

Unfortunately the extent of the swearing in The Thick of It makes it difficult to find a suitable clip to add. But trust me, it’s excellent.

Father Ted has to win out as my favourite TV show of all time, especially coming up to Christmas time. I, like much of the country, have been watching it since I was kid; every week you could hear favourite quotes from the most recent episode echoing around the hallways of my school. Whether it be “That would be an ecumenical matter”, “These are real, but those are far away”, “You were wearing your blue jumper” or of course, “Feck! Arse! Drink!”, These lines have become a part of the Irish vernacular.