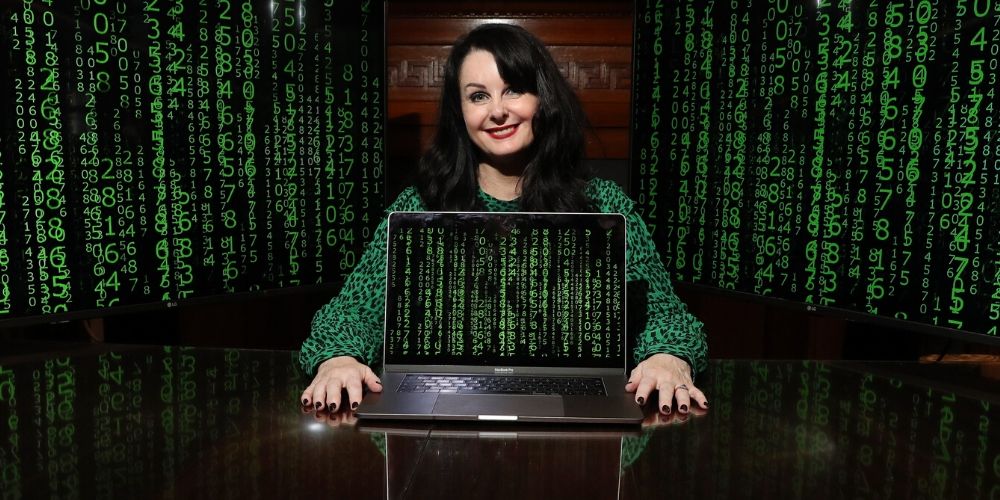 The National Library of Ireland (NLI) has announced details of a pilot scheme to expand the ways it collects the ‘born-digital’ story of Ireland – allowing content like videos and digital documents to become part of the national collections, alongside the books, manuscripts, newspapers and other physical items that Library has been collecting since 1877. Bestselling and award-winning Irish author, Marian Keyes is the first donor to work with the Library as part of this initiative.

The ‘Digital Pilots’ project includes both personal and organisational collections, and will see several donors work with the Library collaboratively to explore the ways in which such digital materials are acquired, catalogued and made available to the public. The project comes about in response to the challenge of collecting, preserving and making available Irish digital content which is growing at an unprecedented rate, and which is in danger of being lost.

The first pilot collection relates to the publication of Keyes’s novel The Mystery of Mercy Close, and includes book cover samples, drafts and preproofs – some with editor’s comments; videos of the author discussing characters in the book, as well as her writing process; and promotional material, social media interactions, and a timeline of the novel.

Following the pilot scheme, the Library intends to scale up acquisitions, and encourage donations of digital archives, when the processes and practices behind collecting have been tried and tested by the current initiative.

Speaking at the announcement, Director of the NLI, Dr Sandra Collins said: “The National Library of Ireland is dedicated to preserving the story of Ireland and has been doing so since 1877. Today, so much of that story is told digitally, be that on websites and social media, through video, or documents written solely on a computer. It is essential that our role as Ireland’s memory-keeper evolves with technology, and that these kinds of materials are captured and protected for researchers to consult and enjoy, now and in the future. Libraries and archives around the world are grappling with questions relating to collecting and making born-digital materials publicly accessible for the long term, and it is our ambition to become a leader in this as yet relatively uncharted territory.

“We are delighted to have a writer as important and popular as Marian Keyes work with us on our first ‘Digital Pilot’. Marian is renowned for telling a story in a uniquely Irish way, and has been exploring the experiences of Irish women through her writing for more than twenty years. Moreover, she is very active in the digital realm, and across social media platforms, so she is a natural fit for a collaborative project of this sort. We look forward to working with Marian to find the best ways in which to create public access to her digital archive.”

Marian Keyes added: “Like so many Irish authors, I recognise the invaluable role played by the National Library and its rich and varied physical collections for readers, writers and researchers. However, as a practising writer in a digital age, I am all too aware of the changing nature of the items created when a writer is producing a novel. I am delighted to collaborate with the team in the Library on as innovative and exciting a project as this, one which will allow such content to be saved for future generations to access. I look forward to seeing this project bear fruit.”