Subscribe For News
Home » DHR News » Briefing on the Dutch Presidency of the Council of the EU
January 28, 2016 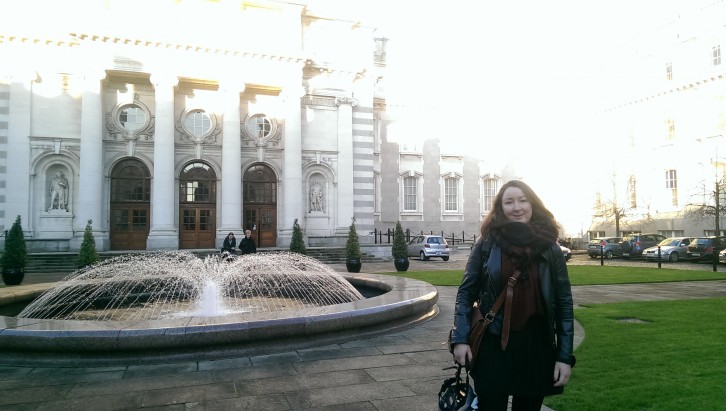 Briefing on the Dutch Presidency of the Council of the EU

Earlier this month, my colleague Sarah Harte and I attended the European Movement Ireland’s briefing on the Dutch Presidency of the Council of the EU. The briefing took place in the Department of the Taoiseach, and addressing the attendees were Noelle O’Connell, Executive Director of the European Movement, Ambassador of the Kingdom of the Netherlands to Ireland, H.E. Paul Schellekens, and Minister of State for European Affairs and Data Protection, Dara Murphy TD.

The Netherlands has taken over the presidency of the Council of the EU from Luxembourg for the next six months, when it will then be held by Slovakia and Malta respectively. The purpose of the briefing was to give Ambassador Schellekens an opportunity to share the priorities of the Dutch presidency, which will be based on guiding principles of developing a Union that connects with its citizens, businesses and organisations; and the creation of jobs through innovation. The Ambassador also informed attendees they will run a sober and prudent Presidency, in true Dutch style! Reusing their logos from the last time they held the Presidency was one example of how this will be achieved.  The presidency will focus on the following priority areas:

The challenges that the current migrant crisis is bringing to the EU member states will be a key priority for the presidency. While recognising that the EU has a moral responsibility to deal with the crisis, it’s important to recognise that the EU’s capacity to deal with the crisis is not endless and sustainable solutions must be found. The Ambassador also highlighted that there is a need to future-proof the EU against terrorism and focus on developing a secure EU that will be a global player, and the Netherlands will support the adoption of a new foreign policy strategy for the EU.

The Single Market is the key to the EU’s continued success, and the Ambassador was keen to highlight that the single market still has a lot of untapped potential. Their plan to introduce one single market for digital projects will lead towards deeper integration of the internal market. The Netherlands also wants to ease cross-border e-commerce, simplify VAT rules, and make it easier for service providers to operate across borders. Sustainable economic growth and a solid and robust Eurozone will form the basis of the presidency. Better governance and continued and consistent reform will be a priority and member states will be encouraged to exchange examples of best practice in governance and improve budgetary guidelines.

The protection of the climate is a moral obligation for the future, and the Netherlands want to promote a sustainable, circular economy where natural resources are re-used as much as possible. An Energy Union is to be established with aims to reduce the dependency on energy imports from third-world countries.

Following the Ambassador’s overview of the Netherland’s priorities for the next six months, Minister of State for European Affairs and Data Protection, Dara Murphy TD took the floor to offer Ireland’s response to these plans.  The Minister was keen to stress that Ireland will deliver on its commitments to assisting with the migrant crisis.

He also honed in on the fact that this year is the 30th anniversary of the signing of the Single Market Act, and said the EU must rediscover its role as an innovator and remove barriers to jobs and employment. In relation to the climate, he acknowledged the need to make Ireland more climate resilient and ensure the application of the Government’s new white paper, ‘Ireland’s Transition to a Low Carbon Energy Future’.

As well as the presidency, the Minister addressed the prospect of Brexit, and told the floor that he was optimistic that a solution will be found, and while Ireland would be the most affected by an exit, Great Britain’s membership benefits the entire EU. Indeed, EMI’s Noelle O’Connell quipped that, rather than ‘Brexit’, the new term should be ‘Bremain’!

With the Minister closing the briefing, attendees were left in little doubt that there are certainly interesting and challenging times ahead of the EU.