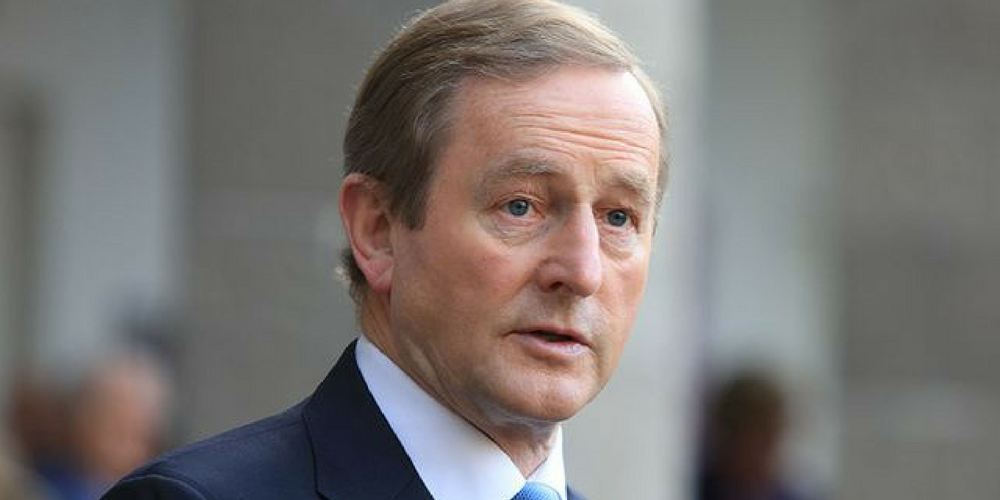 As Enda Kenny steps down as leader of Fine Gael, our Account Advisor, Tony Heffernan, reflects on his time as Taoiseach …

“This is the long goodbye,
Somebody tell me why”

The announcement by Enda Kenny that he was retiring as leader of Fine Gael brings to an end one of the longest goodbyes in Irish politics.  Once he announced after the last general election, that he would not lead Fine Gael into the next election, it was inevitable that pressure would mount on him to make an early exit.  The remarkable thing is that he managed to spin-out his departure for so long.

In this case, there is no real need to ask the reason why.  Unlike his predecessor as Taoiseach, Brian Cowen, who appeared to regard every day in office as a personal Calvary, Enda clearly loved being Taoiseach even on the most difficult of days and was determined to hang on for as long as possible.

Certainly when he was elected as party leader in 2002, with Fine Gael at its lowest ebb, very few people ever thought that he had a realistic prospect of becoming Taoiseach, never mind the longest serving Fine Gael Taoiseach in the history of the state.

One of the mistakes made by opponents of Kenny during his career, and particularly during his time as Taoiseach and party leader, has been to underestimate him.  There was an element of intellectual snobbery in some of the criticisms of Enda Kenny.  How does this guy, whose only experience of life outside of politics was as a primary teacher in a small school in rural Mayo, think he can be Taoiseach and is up to representing Ireland in the White House and at EU Council Meetings?

His record as Taoiseach is very much a mixed bag.  He took office as a time when Ireland was staring over the economic precipice, yet the Fine Gael / Labour coalition he led ensured that the country not only survived but put Ireland well on the road to economic recovery.  Yet as he leaves after more than six years in office the housing and homeless crisis is immeasurably worse than in 2011, the problems in health are as bad as ever and the Gardaí are mired in a seemingly endless cycle of scandals. Kenny was often weak on details of policy, particularly in the economic area, and, under his leadership the Fine Gael election campaign of 2011 seriously misjudged the mood of the electorate.

Instinctively a cautious and conservative man, he has shown a welcome capacity to change his mind on issues, a relatively rare quality in politics.  One of the enduring images of the Fine Gael / Labour coalition was of Enda Kenny almost falling over a flowerpot outside of the National Library in an attempt to avoid a question from Ursula Halligan about a referendum on marriage equality. Yet when he changed his mind on the issue (in no short measure due to the powers of persuasion of Eamon Gilmore) he threw himself wholeheartedly in the successful referendum campaign.

His decision to refer the abortion issue to the Citizen’s Assembly was much derided by opponents and particularly by abortion reform campaigners, yet the Assembly has produced a report that went much further than almost anyone could have anticipated – and has left his successor with a potential political landmine.

During his period of Taoiseach he showed a remarkable level of energy and an ability remain optimistic even in the face of the most difficult of problems.  Those who have shared office with him in government have testified to his ability to be both tough and courteous as the same time.

Sometimes he appeared to have an almost child-like desire to be liked and this sometimes drew him into borderline eejitry on more than one occasions, with silly phrases about ‘Paddy needs to know’ and dubious stories about the army preparing to defend ATM machines, not to mention that man with the two pints that he seemed to keep bumping into.

It may well be that his original intention was to hang on to office until much nearer to the next general election, but a series of gaffes in February regarding the McCabe / Tusla affair meant that his days were numbered.

The right-wing Tory politician Enoch Powell famously said: ‘All political lives, unless they are cut off in midstream at a happy juncture, end in failure, because that is the nature of politics…….’.

Enda Kenny would probably disagree with Powell and feel a degree of satisfaction at what he achieved.  But as with other politicians it will be the historians who will pass final judgment on him.