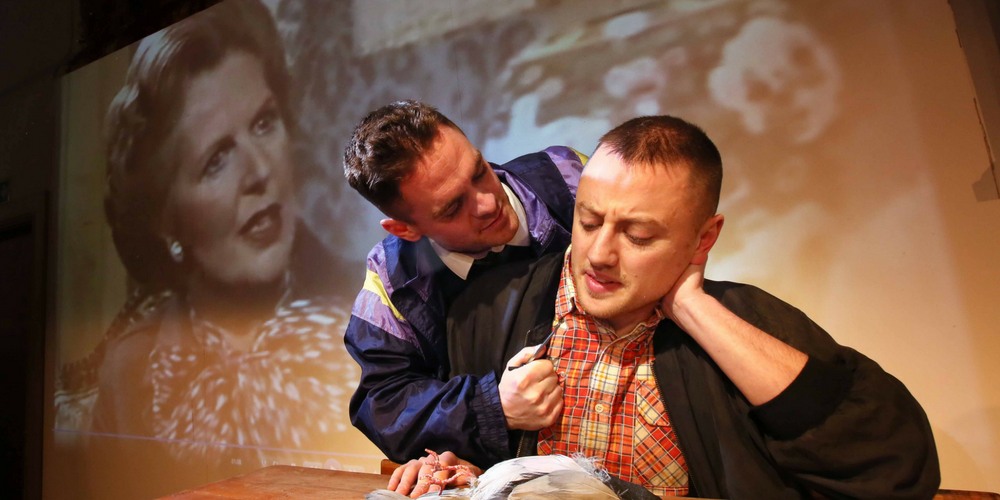 The Complex will host the world premiere of Anthony Goulding’s new play ‘F.A.T.D.A.D.’ from Thursday, 15th February to Sunday, 25th February. The play tells the story of the profound impact a teacher and hunger striker had on his pupils in the Smithfield area during the 1980s and 1990s.

Inspired by true events ‘F.A.T.D.A.D.’, an acronym for the six counties under British rule, depicts the life of a teacher, Fiachra Martin. His classroom acts as a symbol of a divided Ireland and the conflicting lives of his students. Mr Martin goes on hunger strike with Bobby Sands, and while his beliefs deepen, he finds himself unemployed and homeless. His bond with his former students however holds strong.

Playwright and Smithfield native Anthony Goulding said: “The play is based on my own experiences of growing up in Dublin, and the impact a particular teacher had on me. It portrays the culture and social problems of drugs and homelessness at the time, while also featuring moments of typical teenage banter in the classroom. The play addresses the effects of what was happening in Northern Ireland on Dublin and its people, and shows the power a teacher can have to inspire beyond the school gate.”

Set against a backdrop of 1980s and 1990s culture in Ireland, the play features an open plan set, through which audience members are free to move and walk within the action of the story.

Vanessa Fielding, Artistic Director of the Complex and Director of F.A.T.D.A.D. said: “The Complex is delighted to be staging such an ambitious and innovative production. The removal of the fourth wall, the divide between the audience and the performer, gives ‘F.A.T.D.A.D.’ the opportunity to create a ‘united crowd’ – a metaphor for one of the play’s main themes of borders and boundaries.”

Tickets for ‘F.A.T.D.A.D.’ can be purchased online at a cost of €18 / €15 concession / €12 for groups of 10 or more at www.tickets.ie or by emailing bernadette@thecomplex.ie. Previews will take place on Monday, 13th and Tuesday, 14th February. Preview tickets cost €10.