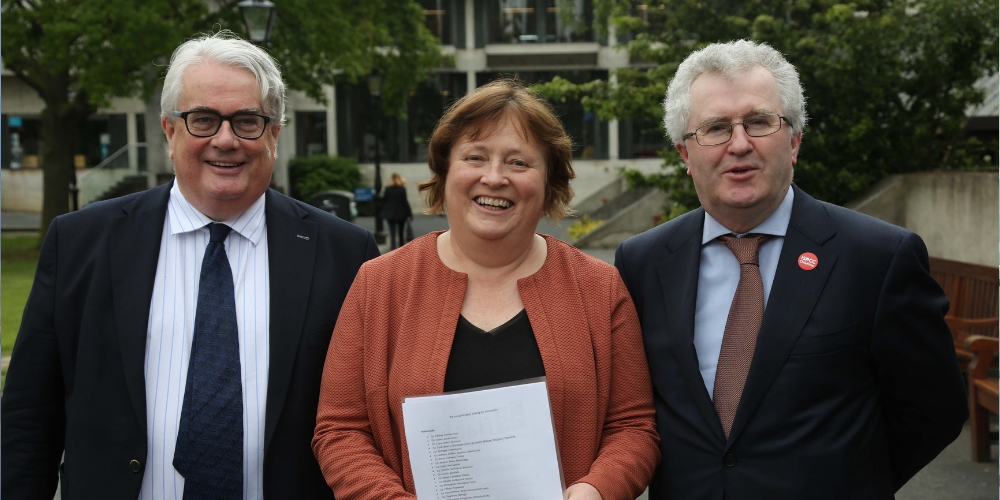 Access to justice for all groups in society is essential in keeping our system of rights and laws in check.  That’s according to the Chief Executive of FLAC, Eilis Barry, who was speaking ahead of a conference on the theme of access to justice. The conference is being organised by FLAC and the Law School in Trinity College Dublin to mark FLAC@50, the organisation’s 50th anniversary.  It takes place at the Edmund Burke Theatre, Trinity College Dublin.

According to Eilis Barry: “Increasingly, access to the Irish courts is limited to wealthy individuals and corporates, as well as a small number of people who receive legal aid or where lawyers are prepared to act on a “no win no fee” basis. This compromises the kinds of cases that our courts hear and adjudicate on.  Injustices are left ignored and our laws and human rights infrastructure are left unenforced. This is not good for democracy.

“Over the past five decades, FLAC has been involved in a number of ground-breaking legal actions that have altered the human rights landscape in Ireland, in particular the Airey case which established a right to civil legal aid in Ireland. FLAC was also involved in a series of cases seeking arrears in social welfare payments, including what was – at the time – the largest representative action in the history of the State when it claimed for arrears in social welfare payments for 1,800 women, leading to equality in social welfare entitlements for men and women in Ireland. After a long legal battle, Lydia Foy received her birth certificate recognising her female gender, paving the way for the reform of gender recognition laws in Ireland. More recently FLAC has been involved in significant cases on direct provision, debt, housing and homelessness and privacy.

“However the challenges FLAC is being contacted about – on a daily basis – involve individuals trying to navigate the court system without legal representation, and those who struggle with inaccessible court forms, procedures and language. Due to the limitations on the availability of legal aid, the door to justice is shut in front of these people.

“Ireland’s courts and legal system is designed by lawyers for lawyers. The procedures and processes of the courts restrict access because they are off-putting, complex and costly.  Access to the courts is built around the assumption that litigants will have legal representation, and increasingly legal representation is beyond what most individuals can afford.  The more marginalised and disadvantaged individuals are, the more inaccessible justice becomes,” she added.

FLAC is seeking a range of reforms and approaches to the legal system that would ensure equal access to legal services and the courts.  These include:

According to Eilis Barry: “Pro bono legal advice and services have always played a role in supporting our legal systems. Many law firms in Ireland, alongside the Bar, now recognise the importance of pro bono services. The recent decision by large commercial law firms to appoint pro bono associates to manage their firm’s pro bono practice demonstrates a significant commitment to opening up access to justice for more citizens in Ireland.”

She concluded, ”many of the barriers to access to justice in the Irish legal system are systemic in nature and require a systemic response, bringing together government, the courts, the legal profession and other key stakeholders. This conference seeks to start a wider public debate about these issues which will influence FLAC’s work in the coming years.”