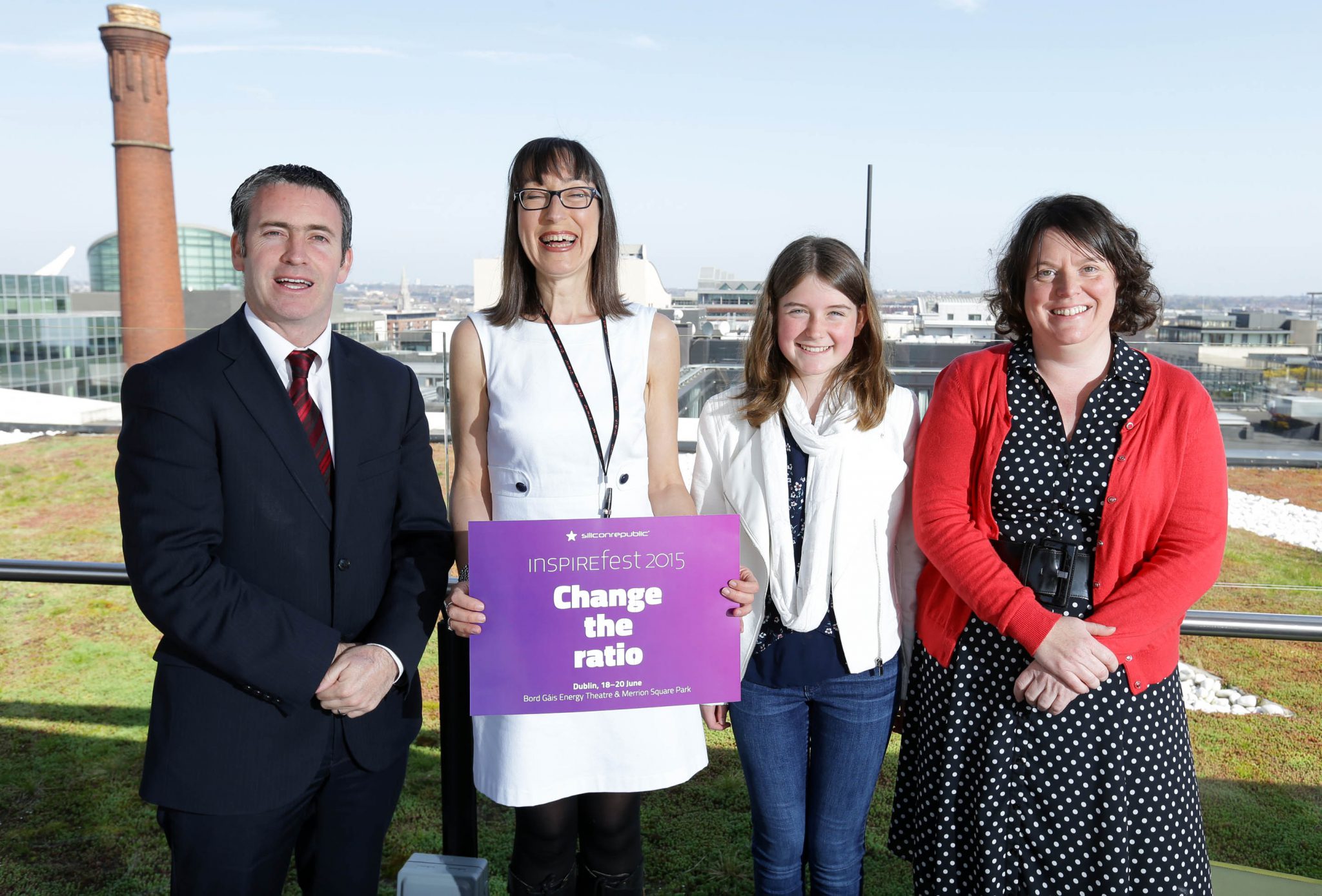 Shelly Porges, former advisor to Hillary Clinton; famed Northern Irish astrophysicist Dame Jocelyn Bell Burnell; and video game developer Brianna Wu, who found herself at the centre of the GamerGate controversy last year, are just three of the international speakers who will feature at Inspirefest 2015, which was launched today (22.04.15) at an event in Dublin city centre.

Inspirefest is a unique, new, three-day, international sci-tech event aiming to showcase diversity and leadership in Science, Technology, Engineering & Maths (STEM). Organised by Silicon Republic, Inspirefest will take place in Dublin from 18th to 20th June in the Bord Gáis Energy Theatre and Merrion Square Park, where an extensive fringe festival and outreach programme will bring together design, the arts and STEM.

According to Ann O’Dea, founder of the event and CEO and Editor-in-Chief of Silicon Republic, Inspirefest aims to challenge the status quo in the STEM sectors by featuring a speaker line-up and attendance list dominated by high-achieving women. “Inspirefest 2015 will look at the science and technologies of the future, and their societal and business impact,” she said.

“Where it differs from other events, is that the leaders on stage will be at least 70 per cent female, in this way reversing traditional conference trends and ‘changing the ratio’ of female representation on speaker line-ups at such gatherings.  It really will be the first event of its kind in the world, and we’re so proud that it will be hosted here right in the heart of Dublin city.”

O’Dea continued: “There is a huge paradox in the STEM sectors at present. On the one hand, these sectors are crying out for new recruits and bemoaning the fact that there are not enough skilled graduates to fill vacancies.  Yet, on the other hand, they’ve developed a reputation for being somewhat non-inclusive.

“To address the current skills shortages, firstly, we need to ensure more girls are inspired to study STEM subjects and pursue careers in these fields by showcasing inspirational women, who have broken down barriers and achieved real success in these areas.  Secondly, we need to tackle the very real problem of the number of women leaving tech and science careers.  Attitudes in the sector will have to change if it is to offer welcoming and inclusive career options for bright young women and minority groups.  Inspirefest 2015 is designed to showcase those people and initiatives that are truly game-changers in the industry.”

Minister of State for Skills, Research and Innovation, Damien English TD, officially launched Inspirefest 2015 this morning, and commented: “The importance of boosting diversity and gender-balance within the Irish, and indeed international, science, technology, engineering and maths (STEM) sectors, cannot be overstated. A key factor for multinational companies considering creating jobs in Ireland is access to a skilled and qualified workforce, particularly in STEM sectors.  In order to ensure sustained economic growth STEM subjects must appeal to 100% of the population.

“Reflecting the Government’s aim to have the right skills in these areas, we have noticed an upward trend in recent years for students opting to take STEM subjects at post primary and third level. I believe Inspirefest has addressed a critical market gap by aiming to shine a light on high calibre women in this field to showcase their achievements and break down barriers for future generations”.

Brought to worldwide attention in this year’s Academy Award winning film ‘The Imitation Game’, Bletchley Park was home to teams of cryptographers during World War II who cracked Axis codes to gain advantage in combat. At the height of its code-breaking, nearly 10,000 people – around 75 per cent of them women – worked there and in related sites; their achievements responsible for critical advancements in cryptography and computing. The initiative was done in complete secrecy, which is what piqued the interest of author, researcher and historian Kerry Howard.

In her latest book, ‘Women Codebreakers at Bletchley Park’, Howard delves into the lives and work of the real women (Margaret Rock, Mavis Lever and Joan Clarke) who worked at Bletchley Park.  “I made it my mission to seek out and share the lives and papers of these fascinating women who were pioneers at a time when women were such a minority in professional and academic terms.

In addition to Kerry Howard, Shelly Porges, Dame Jocelyn Bell Burnell and Brianna Wu, other speakers at Inspirefest will include:

Inspirefest will run at the Bord Gáis Energy Theatre in Dublin’s Silicon Docks from 9am to 5pm on 18th and 19th June, with a fringe festival taking place each evening in the historic surrounds of Merrion Square Park, ending with a free outreach event on Saturday, 20th June, with coding workshops for children and adults, hackathons and more. Some 2,000 attendees are expected to gather for the three-day conference.

The fringe festival will feature film screenings (including ‘Codebreaker’ about the life of Alan Turing, and ‘Code: Debugging the Gender Gap’ a documentary which debuted at Tribeca Film Festival last week) and director Q&As, music, spoken word, panel discussions featuring GLEN, Women For Election, Women on Air and Social Entrepreneurs Ireland. Musical acts appearing at the Inspirefest 2015 fringe festival include:

Inspirefest 2015 is being organised by Silicon Republic, Ireland’s leading tech news and events company, which has championed the role of women in STEM for many years through its ‘Women Invent’ campaign. Tickets are on sale now at a special early-bird price of €450, as well as great value two-for-one tickets and discounts for bootstrapped start-ups and students. Sale ends at midnight on 15th May 2015.

For further information, and to book tickets, go to: www.inspirefest2015.com.

Inspirefest 2015 is a three day international event that connects professionals interested in the future of science, technology, engineering, and mathematics with new perspectives on innovation, leadership and success. Inspirefest will take place in Dublin, 18-20 June 2015. For more information and to purchase tickets, visit www.inspirefest2015.com.