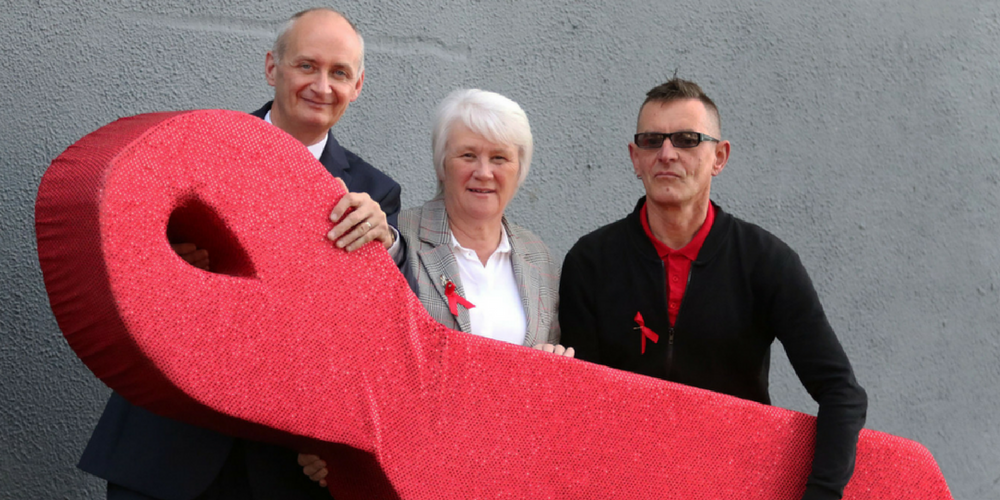 HIV Ireland is calling on the Government to provide additional resources for HIV prevention, education and care after its ‘HIV in Ireland Survey 2017’ revealed the impact that stigma continues to have on people living with the condition in this country. The survey, one of the most significant pieces of research on stigma and HIV knowledge to be carried out in Ireland in over a decade, will be launched this morning (28.09.17) at HIV Ireland’s 30th Anniversary National Conference on HIV and Stigma. Among its findings are that 17 per cent of people living with HIV said they felt suicidal in the last year; a quarter are not comfortable with their own HIV positive status; more than half are single, and a third had experienced being rejected in a relationship due to their HIV status.

Commenting, HIV Ireland’s executive director, Niall Mulligan said: “This survey is of crucial importance in highlighting the need for policy makers and politicians to understand the impact that HIV-related stigma is having on people living with the condition. When 17 per cent of people living with HIV say they have felt suicidal in the last year, compared to a national average of four per cent, it’s time to open our eyes to the damage that HIV-related stigma is having on people’s lives. The Government urgently needs to provide additional resources within the areas of HIV prevention, education, community testing, counselling, mediation and human rights advocacy.”

Among the general population, the research found varying degrees of knowledge about HIV. Younger people were found to have less correct knowledge than older people, though they were also more likely to be welcoming of someone living with HIV.

Key findings in the survey include:

HIV stigma affects the wider community according to Mr Mulligan. “Negative, or misinformed attitudes to HIV, and towards people living with HIV, can create obstacles for people getting tested. UNAIDS estimates that across Europe, 15 per cent of people living with HIV aren’t aware of their condition. It is crucial that we remove as many barriers as possible to people getting tested. Stigma is one of those barriers”.

He added: “This conference marks the 30th anniversary of HIV Ireland. In the ’80s and ’90s during the AIDS epidemic there was much fear, misinformation and indignity for people living with HIV. Thirty years on, with the continued improvements in HIV treatment, the landscape has changed dramatically, with people diagnosed with HIV now living longer and healthier lives. It is now scientifically accepted that people living with HIV who are compliant with treatment, and have an undetectable viral load, will not pass on HIV to sexual partners. This survey gives us hope for the future when we see increased interest in HIV education within our schools, and a strong acceptance of people living with HIV. In particular, the survey findings highlight the need for increased resources to meet the needs of people living with HIV.”

The conference will be opened by Minister of State at the Department of Health with responsibility for Health Promotion and the National Drugs Strategy, Catherine Byrne TD. She said: “I commend the work that HIV Ireland has undertaken over the past 30 years, and want to pay tribute to all the staff and volunteers at the heart of the organisation. Last year alone, HIV Ireland supported more than 2,000 interventions for people living with HIV. The Government through the HSE continues to provide annual funding to HIV Ireland for the important work that it undertakes in the areas of support for people living with HIV and for the promotion of sexual health in the general population.

“However, I am concerned about the continuing increase in new HIV diagnoses, and I’m aware that the late diagnosis of HIV continues to be an issue. This is one of the reasons why the Government provided funding to pilot KnowNow Rapid Testing, a peer-led point-of-care HIV testing initiative in pubs and clubs as part of the National Sexual Health Strategy. Along with the National Drugs Strategy, the ongoing implementation of the National Sexual Health Strategy reaffirms the commitment of the Department of Health to continue to support the work of community organisations like HIV Ireland in their response to increasing HIV figures.”

The one-day conference will explore the history of HIV, stigma and social inclusion in addiction, homelessness, sex work, the LGBT community, the migrant community, and people living with HIV in Ireland since 1987. Speakers include LGBT campaigner Tonie Walsh; Dr Maeve Foreman of Trinity College Dublin; Dr Austin O’Carroll of SafetyNet; Kate McGrew of the Sex Workers Alliance of Ireland, and Tony Duffin of the Ana Liffey Drug Project. Founder of the Irish NAMES Project, Mary Shannon will present the story behind the Irish AIDS Quilt, made by families affected by HIV in Ireland.

The ‘HIV in Ireland 2017’ summary report is available to download here.