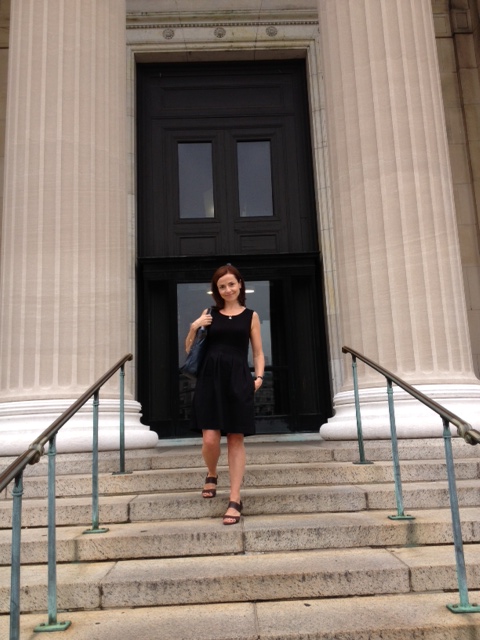 Catherine Heaney, pictured on the steps of Columbia University

The Importance of Being Strategic

This is not rocket science: organisations headed by people who understand – and are committed to – strategic communications perform better, and are more resilient.

The path to good strategic communications can develop out of crisis.  In the aftermath of a crisis and post-mortem, it’s often realised that, if things had been handled better through more strategic thinking and better communications, the reputation of the organisation would not have taken such a dent.  It’s a hard lesson that has been learned by many (no finger-pointing).

Look at organisations that place communications at the top of their agendas.  Former President and CEO of FedEx T. Michael Glenn, who has a military training, had a management philosophy of ‘shoot, move and communicate’.  This philosophy has underpinned all aspects of the company’s internal and external communications, and has made company transition – including job cuts – a cinch (in relative terms).

Now, hands up all of you who know your organisation’s strategy so well that you can pull bits for relevant audiences off the top of your head?

Internal Communications, and its promotion, is a growing strand in public relations and communications roles.  So much so that some communications companies make this their sole focus, at least in the United States, where most global trends emerge or take off.

Many big corporates and organisations – especially those operating on a global scale – appoint internal communications teams to ensure everyone feels part of the big picture.

So, should internal communications be a function within an organisation?  Undeniably, yes.  Written or unwritten, a system of communicating with staff helps everyone feel involved and this engages them more.

Research conducted across 400 companies in Britain and the US found that €37 billion was lost annually because of employee misunderstanding.  More compelling is that organisations with good internal communications have happier staff, get more out of them and have increased revenues.

How many CEOs would be up for this close up and personal assessment?

Few organisations go without a crisis of some sort.  However, when a major crisis hits, most organisations – even those operating at a global level – panic and seem unable to do the right thing.

There’s no absolute definition of a major organisational crisis, but an acceptable understanding is one where the crisis is such that your organisation’s core values have been seriously damaged.  A detergent company that produces low-cost products and does not claim to have high standards will not be plunged into a crisis if it’s revealed that environmental practices at that company are low.  It will not suffer the same damage as when a detergent company that offers organic products that are ethically produced and traded is found in breach of environmental laws.

The formula for dealing with a crisis depends on many factors, but – in general terms – prioritising the needs of the victims or those who have been adversely affected by the crisis is a safe course of action.  The company or organisation comes secondary to this.
While dealing with the crisis is a priority, from day one in crisis management, the crisis recovery plan should be on the table.

For big organisations – and those operating in areas of risk – crisis management plans are important tools.  But, unless they are understood and respected by everyone (especially those in management roles), they fail.  Stress-testing and simulating crisis plans might seem time-wasting but, in organisations where this happens, resilience is demonstrated in real-time crisis.

Of course, nothing said here is rocket science, but sometimes – in a crisis – panic can undermine common sense.  That’s when an outside resource can add huge value, not only in helping navigate the common sense vehicle, but in bringing additional resources so that the organisation can – as best as possible – continue to serve its audience.