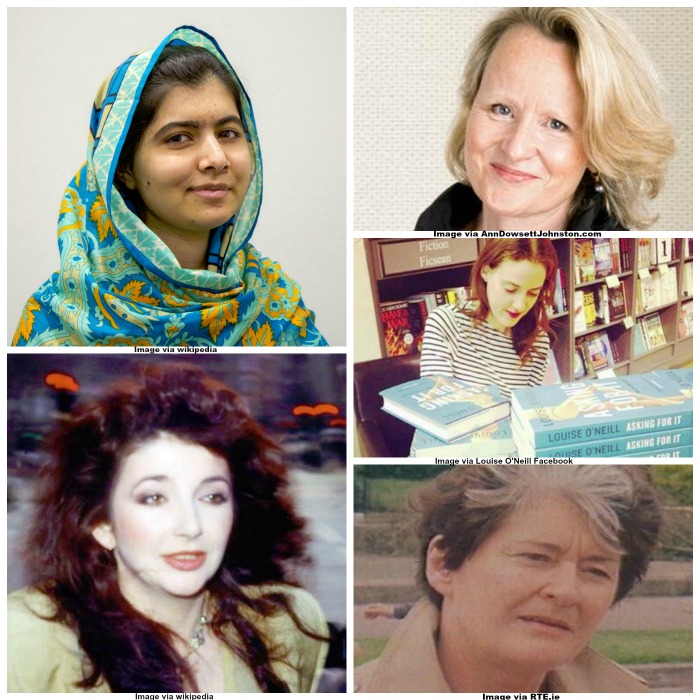 Last year DHR worked on a conference on the topic of alcohol and women.  Ann Dowsett Johnston was the key-note speaker. Fresh off a flight from Canada, some of the DHR team had the privilege of accompanying her to various radio and TV studios around Dublin for interviews.  These inevitably zoned-in on her personal relationship with alcohol.

What was admirable about Ann was her frankness and self-possession; what was enviable was her charisma and sharpness; and with all of those traits, she was great company and fun.  Even with jet-lag.

One women politician from whom I draw great inspiration is the late Labour Party TD, Eileen Desmond.

Eileen Desmond served as a TD, Senator, MEP and Minister at different times in the period between 1965 and 1987.  She is probably unknown to young Irish women but Eileen deserves to be remembered for one remarkable act of political courage.

Eileen was the only woman TD in the Dail vote against the principle of inserting the ‘pro-life’ amendment into the constitution in 1983.  In all just ten member of the Dail (out of 166) voted against all stages of the legislation.

There were 14 women in the Dail in 1983, several of whom had built their political careers through organisations like the Women’s Political Association.  While these ran for cover, Eileen Desmond took a principled stand against what most people now recognise to have been a totally ill-judged amendment.

Nobody now under 50 voted in that referendum and it may be difficult for people in 2016 to appreciate the level of pressure and intimidation to which TDs were subjected by advocates of the amendment, and particularly by the Catholic Church.

Eileen Desmond was a Catholic, a widow with young children, representing a conservative constituency (Cork South Central voted overwhelmingly in favour of the amendment).  It cannot have been easy for her to vote in the way she did.

As pressure mounts for the repeal of the Eight Amendment, we should all draw inspiration from the courageous stand of Eileen Desmond.

Louise O’Neill first came to my attention when my twin sister told me about her YA novel ‘Only Ever Yours’ which she had read and loved – it tells the story of a dystopian future where girls are brought up in schools where they’re prepped for only three options available for women to be: a companion, or submissive wife; a concubine, who will spend her life sexually servicing men; or a chastity, who will teach the next generation of girls. Cited as being a ‘Handsmaids Tale’ meets ‘Mean Girls’, my sister thought it would be right up my street.

Last year, O’Neill’s second novel ‘Asking for it’ was published and I couldn’t wait to read it – there was much buzz and anticipation with word growing that it was going to be about a rape case in a rural village and inspired by recent events in Ireland, including the so-called ‘Slane girl’ incident.

When my Book Club chose to read it back in October, I knew it would make for a really important discussion. The novel is set in the fictional Ballinatoom – a typical Irish small town – and is a harrowing account of a teenage girl’s rape and subsequent abuse via social media (images and videos of her attack are shared widely) and in her local community.  The novel is written in two halves, the first half before the attack, the second afterwards. It’s challenging and provocatively written – the girl is an unlikeable character, the ultimate ‘mean girl’. O’Neill wanted to invert the trope of the victim being a sweet and innocent girl and to force readers out of their comfort zone asking them to think deeply about what happens in the book. She wanted readers to almost get to the point where they are thinking to themselves that she was ‘asking for it’ and to have that shocking realisation about their own internalised or subconscious beliefs around rape.

In addition to her novels, O’Neill is a columnist and contributor across Irish media, she has a substantial social media following and also regularly gives talks around the country to students about issues she touches on in her writing. From sexual consent to repealing the 8th amendment, O’Neill’s strong feminist voice is talking about and calling out what is happening in Ireland right now. I’m very glad that she is bravely using her voice and saying what so many of us are thinking and feeling in an eloquent, razor-sharp and, importantly, a very accessible way.

Kate Bush is a woman that I have admired for as long as I can remember. She is one of the most successful and influential female solo artists of the last 35 years.  At just 19, she topped the UK and Irish singles charts with her debut single ‘Wuthering Heights’, which made her the first woman to have a number one hit with a self-penned song. Since then she has released 10 albums, and has been nominated for and received several awards, including an Ivor Novello in 2002.

In 1980 her third album, ‘Never for Ever’, made her the first woman ever to enter the album charts at number one. What makes this success all the more impressive is the fact that she has completely shied away the limelight, having no desire to be famous – once she reached the ripe old age of 21, she decided to take a 35-year break from touring!

She is a beautiful lyricist and singer, a wonderfully bonkers dancer and the diversity of the acts that credit her as an influence (from Bjork to Big Boi, Bat for Lashes and Wild Beasts), is testament to the diversity and ingenuity of her music. Kate Bush is a true original who does everything on her own terms and has always championed other female artists along the way.

In October 2012, Malala Yousafzai was a 16 year old girl travelling home from school by bus in Pakistan when a Taliban gunman entered the bus, asked for her by name and shot her in the head.  She survived.

Malala grew up in the Swat distract of Pakistan, under the Taliban’s military hold. Her father ran a school there and from a very early age she shared his passion for learning. Even before she entered her teens Malala was campaigning for the right to education for all. She received death threats but would not be silenced.

Since the shooting and her subsequent recovery, Malala has continued to advocate for free access to education for girls worldwide. In 2013, she co-founded the Malala Fund alongside her father.

In 2014, Malala became the youngest ever recipient of the Nobel Peace Prize. Her acceptance speech is one of the best speeches I’ve ever heard.  Despite standing in a room full of royalty, she manages to articulate herself wonderfully and remind us that she is a normal person advocating for a normal right: “I am pretty certain that I am the first recipient of the Nobel Peace Prize who still fights with her younger brothers”.

Malala’s incredible bravery, strength and passion inspire me every day and remind me not to take things for granted.