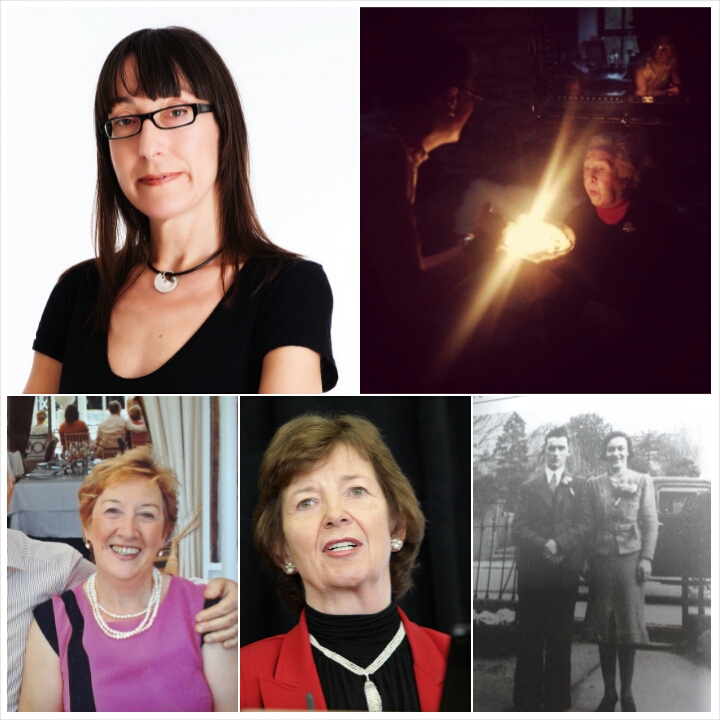 To mark International Women’s Day, we asked some of our staff-members to name the women who have inspired them most in their lives.  Here’s who they picked…

It may sound like a bit of an Irish cliché, but the woman I draw most inspiration from was probably my mother, Kitty Heffernan (pictured bottom right).

My father died when I was five leaving my mother to raise seven children ranging from 14 down to 3. Her only income was a widow’s pension which, at the time, amounted to one pound ten shillings (about the equivalent of two euros).  Even allowing for a much lower cost of living in 1954 it was a pittance, which she supplemented by child minding, knitting and other odd jobs.

I don’t know how she did it, but we were all adequately fed, clothed (if not very flashily) and educated.  She did the tasks small boys would normally expect of a father – fixing the bike, bringing us to matches and painting and decorating.

She was a product of her time, with traditional Catholic views, but she still managed to imbue a sense of tolerance and fair play among her children.

Like many children and young adults I took much of this for granted and it was only later in life that I really appreciated what she had achieved.  She was a widow for 40 years and I suppose my one regret is that I did not express my appreciation often enough before she died.