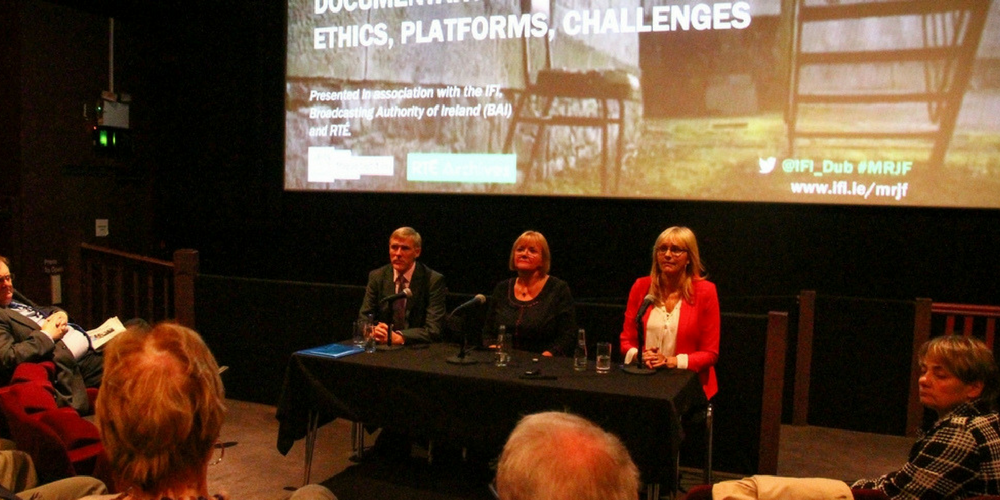 The fourth annual investigative documentary filmmaking seminar organised by the Mary Raftery Journalism Fund, ‘Investigations 2017: Beyond Borders’, takes place in the Irish Film Institute from 11am to 5pm on Friday, 13th October. ‘Investigations 2017: Beyond Borders’, a day-long seminar open to the public, will feature screenings, conversations and discussions chaired by leading journalists and broadcasters: Keelin Shanley, Richard Crowley and Tanya Sillem.

This year’s seminar will explore the challenges and opportunities which arise for investigative filmmakers when working outside their native culture. Through in-depth interviews, seminar attendees will learn about the on-the-ground challenges faced by journalists when filming beyond borders.

With a backdrop of the development of digital and online technologies over the past decade, the seminar will look at the potential of cross-border collaboration, examine the responsibilities to participants which the filmmaker must consider and discuss the breadth of outcomes which emerge when filmmakers look beyond borders.

Session One – Under Fire-Filming in Conflict Zones

The morning session will commence at 11am, with an opportunity to see Mozambique – The Scene of a Crime, a documentary by Mary Raftery for RTÉ’s Today Tonight in 1988. The screening will be followed by a discussion with award winning Director of Photography, Cedric Culliton, who filmed the documentary and was Mary Raftery’s long-time collaborator. Cedric will talk with broadcaster Keelin Shanley about his experiences over five decades working in investigative filmmaking.

The afternoon session will kick off at 2pm with a rare opportunity to hear from award-winning documentary filmmaker Sean McAllister.  This session will offer a unique opportunity to get an insight into working under extreme conditions. Sean will be in conversation with journalist and broadcaster Richard Crowley.

The second afternoon session, commencing at 3.45pm, will be chaired by producer and broadcaster Tanya Sillem. The discussion will explore the full breadth of challenges and opportunities faced by a filmmaker when making a documentary outside their own environment and will feature journalists, Paola Totaro and Ziad Ghandour as well as filmmaker, Alan Gilsenan.

The Mary Raftery Journalism Fund is organising ‘Investigations 2017: Beyond Borders’ in association with the Irish Film Institute, the Broadcasting Authority of Ireland and RTÉ.