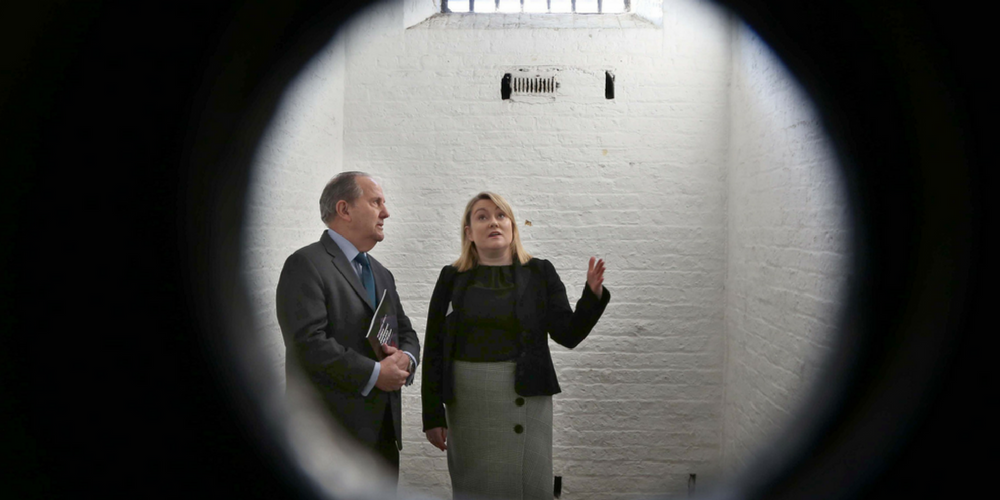 IPRT report calls for abolition of solitary confinement in Ireland

Holding prisoners in isolation in excess of 22 hours and for extended periods of time must be abolished due to the harm this can cause to prisoners’ mental health. That’s according to Executive Director of the Irish Penal Reform Trust (IPRT), Deirdre Malone, who was speaking today (02.02.18) at the launch of an IPRT report calling for the abolition of solitary confinement (22+ hours) and the gradual elimination of the use of restricted regimes (19+ hours) in Irish prisons.

The report, entitled ‘Behind the Door’: Solitary Confinement in the Irish Penal System, is the culmination of a major evidence-based research project led by the IPRT, and contains 25 key recommendations focusing on the use of solitary confinement and restricted regimes in Ireland. The research undertaken includes the analysis of law, policy and statistical information, as well as prison visits and interviews with prisoners, prison staff, and other respondents with relevant experience.

Ms Malone said: “Our goal is ambitious but achievable – the abolition of solitary confinement in Ireland in the short term and the gradual elimination of the use of restricted regimes with a minimum out-of-cell time at 8 hours per day and an ultimate target of 12 hours out-of-cell time daily for all prisoners across the prison estate.”

“We recognise the challenge for any prison service in balancing prisoner safety on the one hand, while at the same time providing prisoners with a reasonable and humane regime. At present, prisoners may be placed on ‘protection’ on the basis that they have asked for this to happen. Yet those regimes are significantly impoverished as prisoners face restricted access to education, physical activities and fresh air; limitations on family visits and phone contact; and difficulties in accessing health and addiction support. Such restrictions can have a serious negative impact on effective reintegration upon release.”

The report launch was addressed with a keynote by former UN Special Rapporteur on Torture, Juan Méndez. Mr Méndez is a Professor of Human Rights Law at the American University and has dedicated his legal career to the defence of human rights, primarily in the Americas. As a result of his representation of political prisoners, he was arrested by the Argentinean military dictatorship and subjected to torture and administrative detention for more than a year.

Speaking today, Mr Méndez said: “Human rights principles require prison regimes to be safe, respectful, purposeful and effective. It is difficult, if not impossible, to achieve these standards in situations where prisoners are confined in isolation for long hours, whether this is 22 to 23 hours a day in solitary confinement, or for more than 19 hours on restricted regimes.

“Social isolation is one of the harmful elements of solitary confinement and its main objective. It reduces meaningful social contact to an absolute minimum and as a result, prisoners in solitary confinement or on restricted regimes can experience serious health problems, regardless of specific conditions of time, place and pre-existing personal factors.

“Prolonged or indefinite solitary confinement constitutes cruel, inhuman or degrading treatment or punishment or even torture because of the mental pain it inflicts. In recognition of this, international law is developing a specific framework to regulate its use, mostly by way of the Nelson Mandela Rules, adopted by the UN General Assembly in 2015. Like the IPRT in Ireland, reform groups in countries around the world are working to achieve the abolition of solitary confinement and the elimination of restricted regimes in prison systems. I fully support the IPRT’s report and commend their excellent work in advocating for prisoners’ rights.”

Recommendations contained in the report, informed by fieldwork and literature, are grouped under four headings: elimination of the use of solitary confinement; segregation for reasons of protection; access to justice; and collection and publication of statistics. They include:

Ms Malone said: “It is our view that Ireland should be leading by example on this issue and set a high bar regarding the protection of human rights, especially for people in some of the most vulnerable positions – those who are detained.”