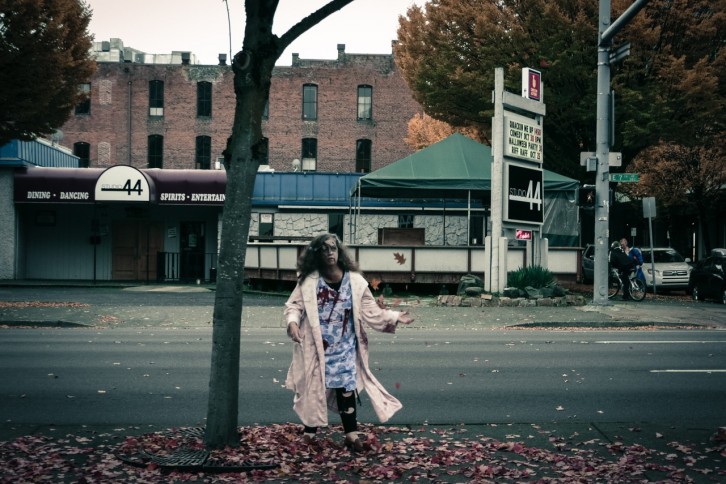 Irish Research Council Fellows reveal the Spooky Side of Scholarship

Ghosts, ghouls and other supernatural creatures all make their presence felt at Halloween, both on-screen and off-screen, but for four Irish Research Council funded researchers, the dark and supernatural are a year-round fascination.

Dr Bulfin’s research investigates the origins of a popular cultural stalwart, following the path of the ancient Egyptian mummy from the pages of nineteenth-century fiction to its current cinematic home.

Dr Bulfin revealed that “While Europe had a long-standing cultural fascination with ancient Egypt, it was in the 1870s that the mummy began to turn vengeful and the fictional tales of the mummy’s curse that established the cinematic conventions began to circulate.” Her research also sheds light on important connections between the fiction and the politics of its era.

Dr Trigg’s newly published book, The Thing: a Phenomenology of Horror (Winchester: Zero Books, 2014), raises a series of pertinent and puzzling questions via his exploration of H. P. Lovecraft’s fiction, the films of John Carpenter and David Cronenberg, and other texts and films of the horror genre. He highlights that “the very notion of a ghost asks to reconsider some basic claims about how we perceive the world and ourselves. How is the ghost’s body different from your own?’.

On the subject of zombies, Dr Trigg speculates ‘‘That zombies have the ability to terrify us might be in part because in their glazed eyes and seemingly lifeless movements, we recognise a dimension of our own bodily existence that is ordinarily concealed in daily life, but nevertheless present all along as a structure of what makes us both human and inhuman at once.’

Dr McCorristine demonstrates the importance of the dark side of nature to another nineteenth-century obsession: Arctic exploration. People from western cultures who visit the Arctic enter places that have been traditionally imagined as being ‘magical’ or ‘unearthly’. This strangeness particularly fascinated Victorian audiences, when the idea of the heroic polar explorer voyaging through unmapped zones reached its peak.

His research unveiled stories of haunted explorers, Inuit mummies, visits to shamans, and entranced female clairvoyants. Dr McCorristine remarks that, “by highlighting how the Arctic represented a terra incognita of the mind, these kinds of spectral stories reflect the complex ways that men and women actually thought about the far North in the past.”

Dr O’Brien shows that, at the same time when Shakespeare’s plays were first being performed, an exciting genre of true-crime literature emerged: the murder pamphlet and tragic stage play. The murder pamphlets and plays show human efforts at detection and supernatural interventions in the revelation of these bloody slayings.

Particularly strikingly, Dr O’Brien comments that “Many texts also feature reports of cruentation: the widespread belief that the corpse of the murder victim would bleed freshly when touched by, or in the presence of, the guilty party.”

The Irish Research Council provides funding to excellent researchers across all disciplines – from Arts to Zoology. The Council strongly believes in the importance of encouraging individuals to become rigorous independent researchers and has funding opportunities designed to facilitate researchers’ crucial first steps on their career paths while, at the same time, enabling valuable novel research.

Note: Interviews with Irish Research Council awardees can be arranged on request.

About the Irish Research Council

To address the broad skills and research needs within society, the Irish Research Council supports excellent researchers in all disciplines from Arts to Zoology. An agency of the Department of Education and Skills, the Council primarily funds early stage career researchers: namely, postgraduate students and postdoctoral researchers. Diverse career opportunities are enabled through a suite of programmes which partner with employers.

The other key area of activity for the Council is the funding of research projects with a societal focus; the Council has established partnerships across government and civic society. The Council represents Ireland in particular dimensions of Horizon 2020 and, by providing supports for H2020 applicants, enhances opportunities for the Irish research community.