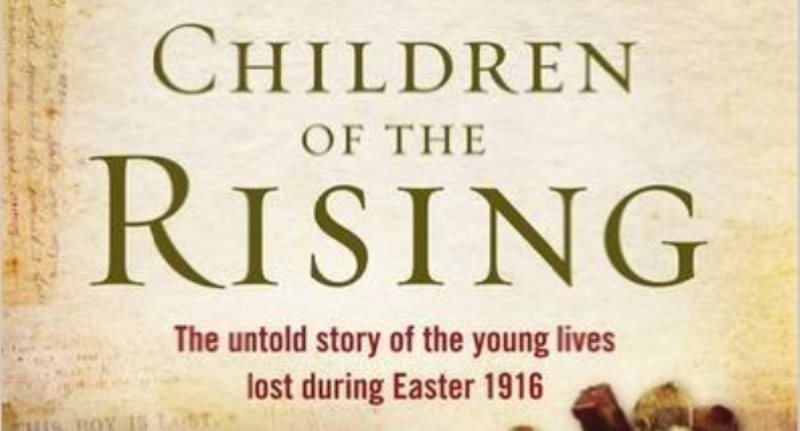 Tony Heffernan Reflects on Joe Duffy’s ‘Children of the Rising: the untold story of young lives lost during Easter 1916’

Our Account Advisor, Tony Heffernan, recently read Joe Duffy’s new book, ‘Children of the Rising: the untold story of young lives lost during Easter 1916’, and shares his thoughts on why it’s a must read in advance of the centenary celebrations…

Dozens of books have already been published dealing with the 1916 Rising and many more, covering every conceivable aspect of the events of Easter Week, will hit the bookshops before we mark the 100th anniversary next Easter.

I am old enough to remember the 50th anniversary of the Rising in 1966. Many of the veterans of the Rising were still alive at that stage including Eamon De Valera who, as President, presided at the commemoration ceremonies outside the GPO on Easter Sunday 1966.  I remember the military parades; the renaming of the railway stations after the executed leaders of the Rising; and ‘Insurrection’, the remarkable eight part reconstruction of the Rising produced by RTE, then still in its television infancy.  I remember as a pupil in Synge St CBS being sent up to Griffith Barracks with my classmates for six Saturday mornings in a row to be trained by an Army Drill Sergeant so that, along with thousands of other students from Dublin, we could march in military formation to the Commemorative Pageant in Croke Park.

Broadcaster, Joe Duffy, has done us all a great service with his book, ‘Children of the Rising: the untold story of young lives lost during Easter 1916’ in at least ensuring that these children are not forgotten during the centenary events.

In the book Duffy tells how his interest in the topic was sparked by an art project he was invited to undertake at Easter 2013 for the Jack and Jill Children’s Foundation.  Since then he has led what amounts almost to a one-man crusade to ensure that the children are not forgotten.  He has previously produced a radio documentary on the subject and organised a religious service to commemorate the dead children.

When Joe Duffy started on this project there was no definitive list of the children who died.  The new book is the culmination of years of painstaking research delving through old documents, particularly census records, in an effort to identify and tell the stories of the 40 children who died. 38 of them are named in the book but even 100 years on , two of the victims are still simply referred to as ‘boy unidentified’ and ‘infant unidentified’.

This book does not pass any political judgements on the events of Easter Week and in most cases does not apportion blame as to who was responsible for individual deaths.  In many cases, it is not clear who was, but it is evident that children died at both the hands of the insurgents and at the hands of the British military.

One of the most poignant stories is that of two year old Sean Foster, the first child victim of the Rising, shot dead in his pram as his widowed mother, Kate, wheeled him along Church St around midday on Easter Monday.  Sean’s father, John Foster, had been killed almost a year earlier on the Western Front, one of the many thousands of Irish victims of the First World War.  It seems likely that the shot that killed the infant Sean Foster, came from a group of Rebel Volunteers behind a barricade at the junction of Church St and North King Street.  Tragically, Kate’s brother, Joseph O’Neill was one of that group of Volunteers.

One of the many victims of the British Military was 16 year old Christy Hickey, who along with his father Thomas and a neighbour, Peter Connolly, were among 16 civilians shot or bayoneted to death by British soldiers who ran amok during the North King Street massacre in the final stages of the Rising.

The story of each of the 40 individual children is told with a surprising amount of detail.  They include both Catholic and Protestant children and victims from all social backgrounds.  Inevitably, many of the victims were from among the poorest families living in dire conditions in the slums of Dublin.  Several were children out, hoping to take advantage of the chaotic conditions, to scavenge for food and shot dead – by both sides – as looters.

The book also contains a remarkable level of detail about social conditions in Dublin 100 years ago; the dire poverty and the terrible toll of disease.  Virtually every one of the families who lost a child to violent death during Easter week, lost other children to disease, typically tuberculosis.

There are many fine books available about the Easter Rising, but this is the one that everyone should read.