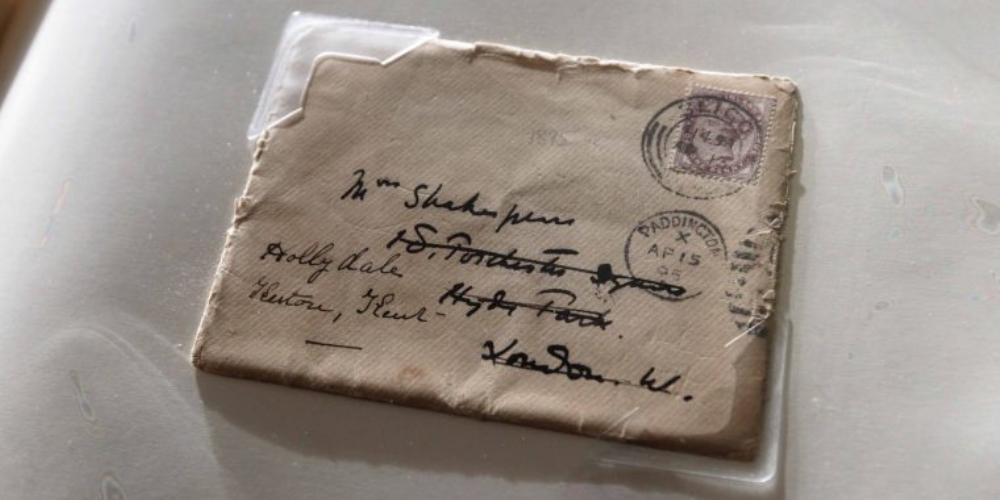 To mark Valentine’s Day, a selection of newly acquired letters between WB Yeats and his first lover and close friend, the English writer Olivia Shakespear (1863-1938), have gone on display, today (14.02.19), at the National Library of Ireland. The letters will be displayed in the main hall of the NLI until Thursday, 28th February.

Olivia Shakespear was one of the women who – like Maud Gonne, Lady Gregory, and his wife George – were at the heart of Yeats’ life and often his work. When they met in 1894, Shakespear was an accomplished writer in an unfulfilling marriage, and became the object of Yeats’ affection. Although the physical affair did not last, it deepened into a tender intimacy that was cherished by both of them for the rest of their lives.

The letters date from 1895 to 1936 and most are from Yeats to Shakespear. They include detailed discussion of some of his most important literary works and critiques of Shakespear’s own writing. The letters also explore their shared fascination with the occult, reflect on their long friendship and provide insight on the violence and instability of life in Ireland during the revolutionary period.

In a letter to Shakespear dated 6th December 1926, Yeats reflects with a note of regret on the time when they first knew each other: “I came upon two early photographs of you yesterday, while going through my file — one from ‘Literary Year Book’. Who ever had a like profile? — a profile from a Sicilean coin. One looks back at one’s youth as to a cup that a madman dying of thirst left half tasted. I wonder if you feel like that.”

The NLI purchased the extensive series of about 100 autograph signed letters for €293,326 in December 2018 from its 2018 funding allocation, designated by Minister for Culture, Heritage and the Gaeltacht, Josepha Madigan TD. The letters had been held in reserve following the auction of the Yeats Family Collection at Sotheby’s in late 2017.

Commenting on the acquisition, Minister for Culture, Heritage and the Gaeltacht, Josepha Madigan TD said: “It is wonderful to see these letters join the National Library of Ireland’s substantial Yeats collection – an acquisition that was made possible by funding from my Department. Both WB Yeats and Olivia Shakespear are important figures in literary history, and these letters allow us a glimpse into their extraordinary minds. I encourage everyone to take the opportunity to view them at the NLI before the end of the month.”

Chairman of the NLI’s Board, Paul Shovlin said: “This forty-year correspondence between WB Yeats and Olivia Shakespear reads as an ongoing conversation between the closest of friends, whose initial romantic relationship developed into a lifelong affinity. They join the Yeats Collection at the National Library, the largest archive of Yeats manuscripts and books anywhere in the world. The collection is at the heart of the award-winning exhibition: ‘Yeats: The Life and Works of William Butler Yeats’, which is free and open to all, and welcomes 70,000 visitors each year. We are delighted to share a selection of these newly acquired letters with the public through a display in our main hall on Valentine’s Day.”

Highlights from the six letters on display at the NLI include: