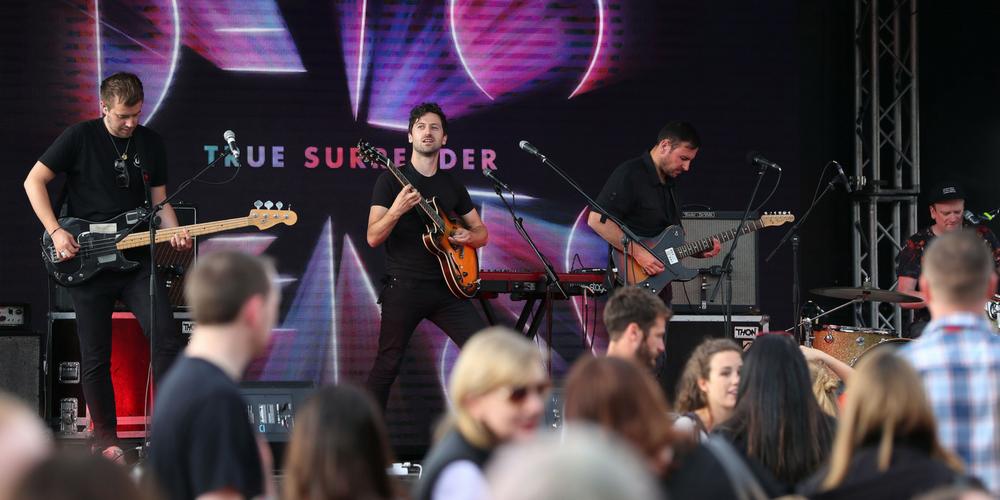 Music, comedy and family fun in store at Liberties Festival 2018

More than 25 family-friendly, sporting, arts and community events will take place in various venues across Dublin 8 over the coming days as part of the Liberties Festival 2018, which kicks off this evening (18.07.18). The Festival programme, which encompasses visual art, film, dance, comedy, literature and music, has something for all ages.

The Festival will be officially opened by Dublin South Central councillor Críona Ní Dhálaigh, deputising for Lord Mayor of Dublin Nial Ring, at a special launch event at The Digital Hub. Attendees will be treated to an evening of music and entertainment, featuring a film reel of the 50 Francis Street Archive and a headline performance by Dublin band, Delorentos.

Now in its 48th year, the festival is organised by South Inner City Community Development Association (SICCDA). Commenting, Denis Murphy, Festival Lead for SICCDA said: “We are very excited about this year’s event. We have worked hard to deliver a diverse and engaging line-up that reflects the interests of the local community. From discovering The Liberties through organised walking trails, to learning the basics of printing by block, there is something to appeal to all.”

“We would encourage everyone from The Liberties and beyond to get involved. The majority of events are free of charge and we would like to thank our sponsors for their support to make this happen.”

Events will be held across The Liberties from today until Sunday, 22nd July. These include:

This year’s launch event is being held at The Digital Hub. Commenting, CEO of The Digital Hub, Fiach Mac Conghail said: “The Digital Hub is proud to be a member of the local Liberties community and to participate in a celebration of our creativity and identity. We are delighted to host and support the Liberties Festival again this year.”

In addition to the launch event, The Digital Hub will host a ‘Build with Bricks 4 Kidz’ LEGO workshop and an ‘Introduction to Music Production’ workshop at its Digital Depot on Saturday, 21st July.

Cllr Críona Ní Dhálaigh added: “The Liberties is known for its strong community spirit and this festival is a great example of how local residents, community groups and businesses can come together to celebrate their neighbourhood and showcase it to the wider world.”