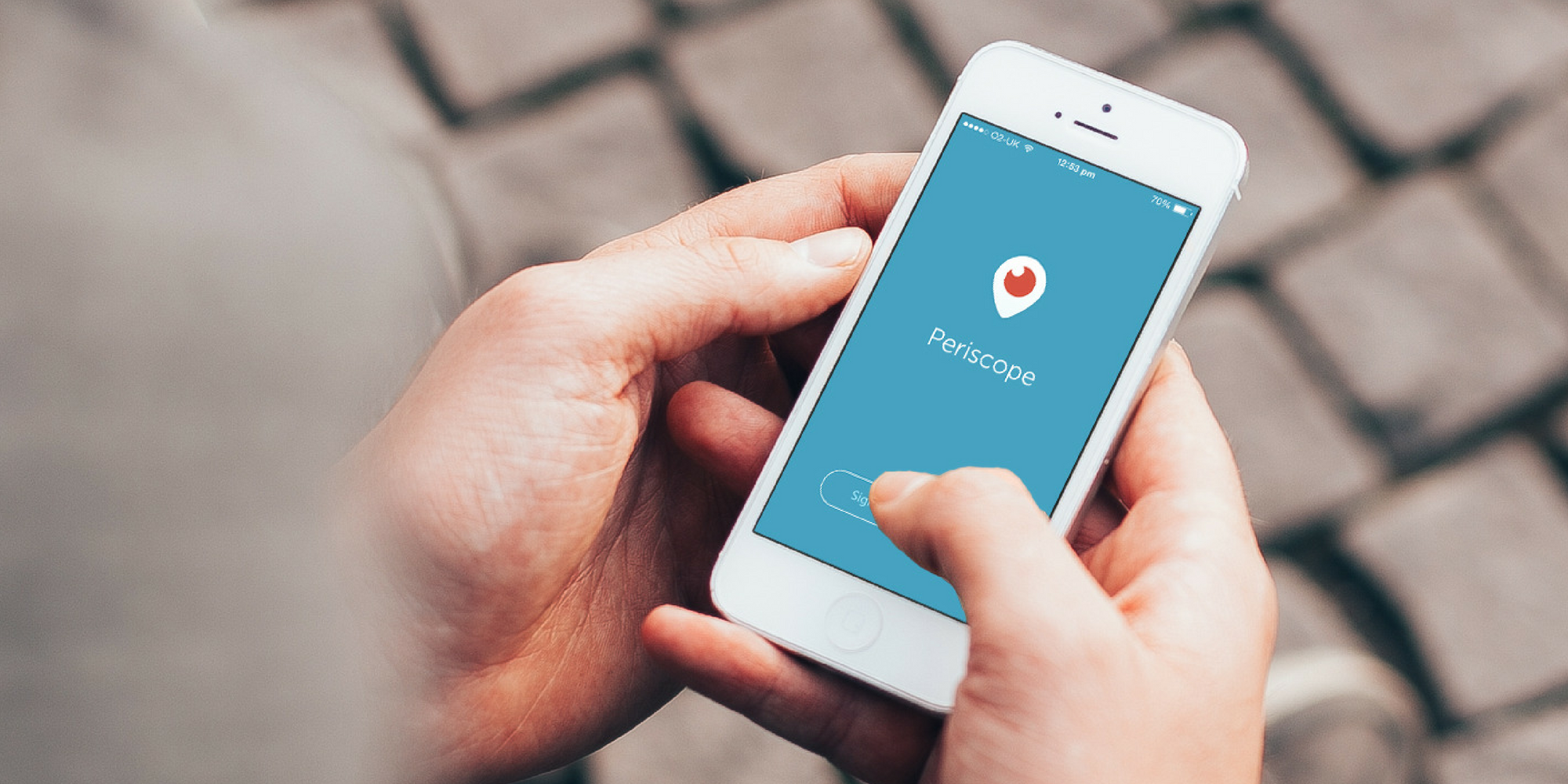 Live video streaming is getting a lot of attention at the moment and the battle between live streaming apps is well and truly heating up. In this week’s blog, our Digital Account Executive, David O’Donnell, takes a look at the two heavy hitters in the sector, Facebook Live and Periscope, to investigate the differences between them and how you can incorporate live streaming into your social media strategy.

Why should brands engage in live streaming?

Live streaming is a completely different experience for both the broadcaster and the viewer to posting a recorded video. When you click ‘Go Live’ the person in front of camera needs to be prepared and to know what they are going to say to their audience for the duration of the broadcast.

There is no post-production and no second takes. This may seem daunting at first but it allows your followers to gain a real insight to the personality behind your brand. Preparation and planning is key but if you can nail that, you then have a fantastic window of interaction between your brand and its followers.

Periscope was acquired by Twitter in March 2015 and is one of the most popular live streaming services available. Its popularity is soaring – Apple even named it the best iOS app of 2015. Users of the app cite the simplicity of the interface and its user-friendly functionality as selling points.

You can sign into the app with your Twitter credentials and the integration between the two networks is excellent. Once you have logged into your account, Periscope allows you to search for all live streams by location or by popularity. You can also search for videos that have been streamed in the last 24 hours.

Periscope allows you to create your own live streams through the app via your phone. This is where the integration with Twitter comes into play, as you can send a tweet to your followers through the app to inform them that you are live and that they can tune in. While watching the live stream, your followers can comment or leave ‘hearts’ throughout the broadcast to highlight sections that they are enjoying.

When the broadcast is complete, Periscope will archive the video so that it remains on your platform unless you set them to automatically delete within 24 hours.

Another great feature of the Periscope app is the broadcaster graph, which provides information on the number of users watching throughout the broadcast. It also shows you which parts of the broadcast users found most engaging and when users dropped in and out. This information can be very useful when reviewing the broadcast and planning the next one.

The live video streaming movement received a huge boost in credibility when Facebook announced that it was going to get involved, via Facebook Live. Facebook has a huge advantage over Periscope in this sector due to the number of users that it can potentially reach and introduce to live streaming.

The functionality of Facebook Live is very similar to Periscope in that the videos save permanently to your profile after the broadcast and won’t disappear unless they are deleted. Your Facebook followers will receive a notification when your account is streaming live that they can click to instantly connect.

When the broadcast has ended you can then publish the video on your page, so any followers who didn’t see the footage live can catch up later. Facebook also allows you to add a number of filters to the video at this point and adjust the colour scale of the video, if you wish. This function is not offered by Periscope.

Overall the main difference between Facebook Live and Periscope is their appearance. On Facebook, there is a comment section below the video and you can scroll through and read the previous messages from your followers. On Periscope, comments from your followers appear at the top of the video and disappear after a few seconds. Periscope’s functionality is generally considered the slicker of the two.

Our top tips for a successful broadcast

To really get the most out of your live video streaming, it is important to follow the tips outlined below.

The idea of creating your first live broadcast can seem daunting, however, with a little creativity and thought, and following the tips outlined above you have a fantastic chance of reaching new audiences on your social media platforms and engaging through a new and interactive forum with your current following.