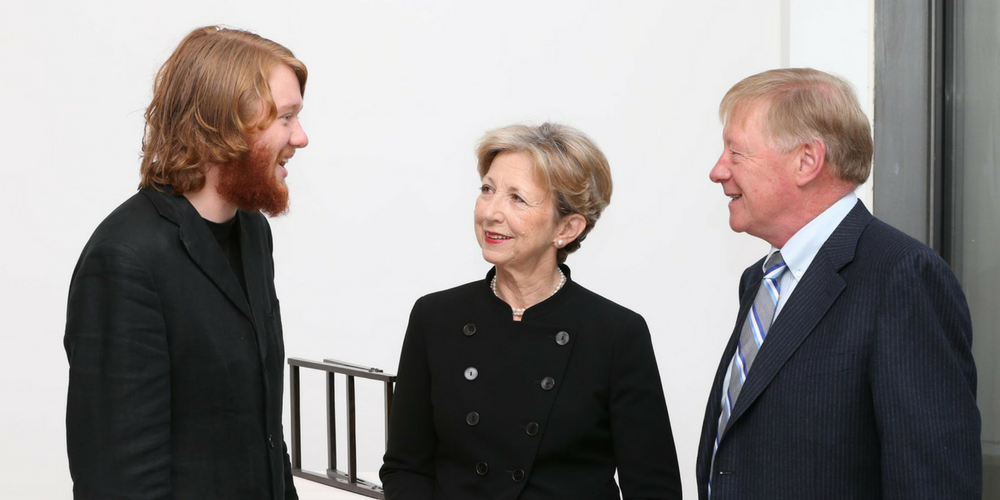 Details of a new fund to commemorate the work of campaigning journalist Mary Raftery and to promote investigative journalism have been announced today (26.09.12).

The Mary Raftery Journalism Fund has been created as a result of an initiative by the family and friends of Mary Raftery, who died in January and – for the next year – will be supported by The One Foundation.

The Mary Raftery Journalism Fund will – over the coming 12 months – concentrate on a number of issues that were close to Mary’s heart and on which she focused in her groundbreaking investigative work, namely: mental health, migrant issues and children’s rights.

The aim of the fund is to promote more in-depth investigative coverage of these issues.  It offers an opportunity for journalists to carry out detailed investigations into certain aspects of Irish society and to expose any injustices that might exist.

There will be three individual funding rounds over the coming year.  Applications for the current round, under the theme of mental health, are now being accepted.  Applicants from all strands of the media are invited to apply.

Up to €40,000 will be available for allocation in each round. The maximum payable to an individual applicant in any one round will be €18,000.

All applications will be considered and awards made by a panel of independent judges.  The panel will be chaired by journalist Olivia O’Leary.  Other members of the panel are Colm Tóibín, author and former journalist; Conor Brady, former editor of The Irish Times; Dr Mary Corcoran, Professor of Sociology at NUI Maynooth; and Sheila Ahern, researcher and former colleague of Mary Raftery.

Full details of the Mary Raftery Journalism Fund are available at www.maryrafteryfund.ie.  An information workshop for prospective applicants to the fund will take place from 11am to 1pm at the Radisson Hotel, Golden Lane, Dublin 8 on Monday, 15th October.

Speaking at the launch of the fund, Chair of the Judging Panel, Olivia O’Leary, said: “I am very happy to be associated with the Mary Raftery Journalism Fund, and particularly to have been invited to chair the judging panel.

“I worked with Mary for many years on RTÉ’s ‘Today Tonight’ programme.  Until her untimely death in January, she was one of Ireland’s most respected investigative journalists.  Her particular focus on institutional and clerical abuse of children produced such ground-breaking programmes as ‘States of Fear’, ‘Cardinal Secrets’ and ‘Behind the Walls’.  She cast a light into some of the darkest corners of Irish life and helped change public policy and public attitudes.  Andrew Madden, himself a victim of abuse, put it best, perhaps, when he said ‘without Mary’s determination, so much of what we know about our collective past would still remain hidden’.

“Mary is remembered particularly for her broadcasting work but she was also an outstanding print journalist.  She started in magazines like In Dublin and Magill, and contributed a thought-provoking weekly column to The Irish Times from 2003 to 2007.  The fund reflects all aspects of her work in that it is open to applications from both print and broadcast media.”

David Waddell, husband of the late Mary Raftery, said: “This is a particularly proud occasion for me, for our son Ben, for Mary’s mother Ita, her sister Iseult, brothers Iain and Adrian, and all the members of our family and our wide circle of friends.  Mary was an outstanding journalist, who always sought to give a voice to the voiceless.  We miss her terribly.

“We are delighted that it has been possible to establish this Fund, which will provide not just an appropriate commemoration of her work but also access to her professional legacy.  Most importantly, it will also enable others to follow in her footsteps.

“Mary’s family and friends are extremely grateful to The One Foundation for providing funding for the first three rounds of the Mary Raftery Journalism Fund.  Their generosity has enabled the fund to get off the ground and has guaranteed its operation until the middle of next year.  It would be our fervent hope to see the fund continue on a long-term basis and, over the coming months, we will be seeking to raise funds to enable this to happen,” he said.