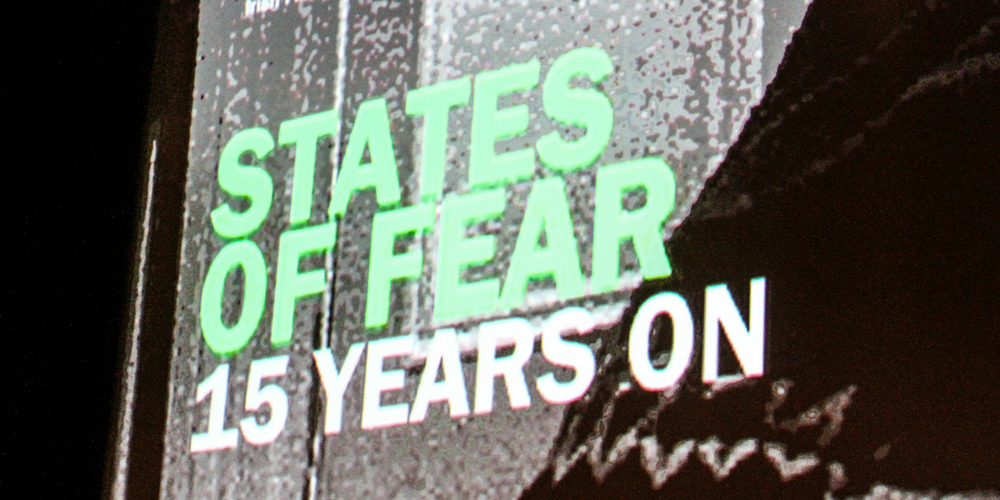 The Mary Raftery Journalism Fund – today (29.04.14) – announced details of States of Fear, a series of screenings throughout the month of May, culminating in a day-long event, comprising of screenings and panel discussions on Saturday, 24th May at the Irish Film Institute (IFI), marking 15 years since the broadcast of ‘States of Fear’.

The ‘States of Fear’ series of documentaries were produced by Mary Raftery and broadcast on RTE television in 1999.  The documentaries are credited with bringing to light the suffering of children at church and state-run institutions, and were central in delivering a State apology to those who suffered.  A Commission to Inquire into Child Abuse was established in 2000.

The anniversary event – ‘States of Fear – 15 Years On’ – is being supported by RTÉ and the IFI.

The series will be presented in its entirety on May 24th followed by two panel discussions. The first panel – which follows Industrial School System, the ground-breaking documentary that looked at the treatment of children in industrial schools – will be chaired by Áine Lawlor, and will examine the impact of States of Fear on those who participated in it, and on the nation who watched it.  The panel participants will include Sally Mulready (Irish Women Survivors Network); Colm O’Gorman (Founder of One in Four and CEO of Amnesty); Patsy McGarry (The Irish Times) and Caitriona Crowe (National Archives of Ireland).

The second panel discussion “How will you tell my story?”will examine the relationship between investigative journalism and documentary / film-making.  The panel will be chaired by Senator Fiach MacConghail and participants will include Paul Maguire (RTE Investigations Unit); Anna Rodgers (Film Maker); Sheila O’Connor (Patient Focus) and writer Roddy Doyle.

Speaking ahead of the anniversary event, David Waddell, Chairperson of the Mary Raftery Journalism Fund said:  “The primary purpose of this anniversary event is to highlight the very important role which investigative journalism and documentary-making can have.  While gaps remain, the ‘States of Fear’ documentary series was hugely instrumental in opening a public debate and a policy response on child abuse.

“The anniversary event offers an opportunity for everyone – from journalists to policy makers and those charged with the care of our children – to reflect on where we have come since.  It gives young adults, who won’t recall the original broadcasts, an opportunity to experience an important part of our history.  Ultimately, it will highlight the role and importance of quality, investigative journalism.”

Sunniva O’Flynn, Head of Irish Film Programming at the IFI said, “This event will corral a remarkable group of commentators, advocates and survivors to consider the impact of States of Fear and other ground-breaking documentaries on Irish society. In an interesting annexe to discussions we will present material from the IFI Irish Film Archive, showing children’s experience in institutions in the 1950s and 60s, which was referenced within States of Fear.  We are very pleased to work with MRJF and RTÉ to provide space for direct public engagement with broadcast work.”

‘States of Fear – 15 years on’ will run from 11am – 6pm on Saturday, 24th May at the IFI.  Programming details are available from www.ifi.ie/statesoffear.  Tickets for the full-day programme are €10, or €5 for individual screenings / events, and can be obtained from: IFI Box Office at 01-6793477 / boxoffice@irishfilm.ie / www.ifi.ie/statesoffear

The anniversary event will be marked by the IFI through a wider programme of films focussing on children in care from the IFI Irish Film Archive; key programmes from Prime Time and Prime Time Investigates from the RTÉ Archive; and Sins of the Father (1992) from Granada Television. These are  presented as part of the free IFI Archive at Lunchtime series on selected dates throughout May.