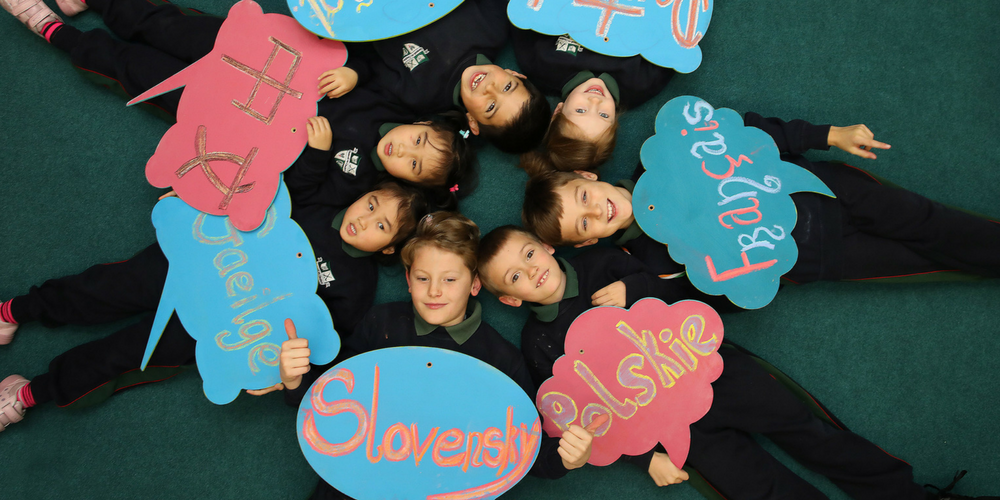 The largest patron of Irish medium schools in the country, An Foras Pátrúnachta, (AFP), has launched a major new multilingual education initiative to advance multilingualism across its nationwide school network, with a view that pupils will leave primary school proficient in three languages. The initiative will be the focus of the An Foras Pátrúnachta national conference to be held on Saturday, 25th November, in Mullingar.

AFP will be promoting Content and Language Integrated Learning (CLIL), which is an approach to language learning where the target language, such as German, French or Spanish, is used to teach both content and language, for example teaching maths through Spanish.

Commenting, General Secretary of An Foras Pátrúnachta, Caoimhín Ó hEaghra, said: “The CLIL initiative is an ambitious programme that is intended to transform the way language education is delivered, and thought about, in this country. Our Conference will discuss and outline our path forward in delivering CLIL. We recognise that there will be much work ahead in rolling out this programme nationwide and we look forward to engaging with parents, partners and the educational policy community about this initiative.

“In a changing Ireland, and in a changing international situation, it will be vital for the country to expand our range of languages spoken fluently.  Brexit is likely to have a significant linguistic effect over time, and Ireland needs to respond imaginatively to these new challenges.”

There will be two international speakers at the conference – co-founder of the European Language Council, Professor Piet Van de Craen and an expert in the implementation of multilingual educational projects, Inma Muñoa Barredo.

Professor van de Craen will discuss the results of the use of CLIL across Europe, and will show why pupils actually learn more effectively in a multilingual school environment.  Inma Muñoa Barredo will present a multilingual school model which has been developed by the Ikastolas (Basque medium Schools) as a way of not only meeting the multilingual needs derived from being part of the European Union, but also as a way of promoting the use of Basque inside and outside the school setting.

The full conference programme is available at www.foras.ie.