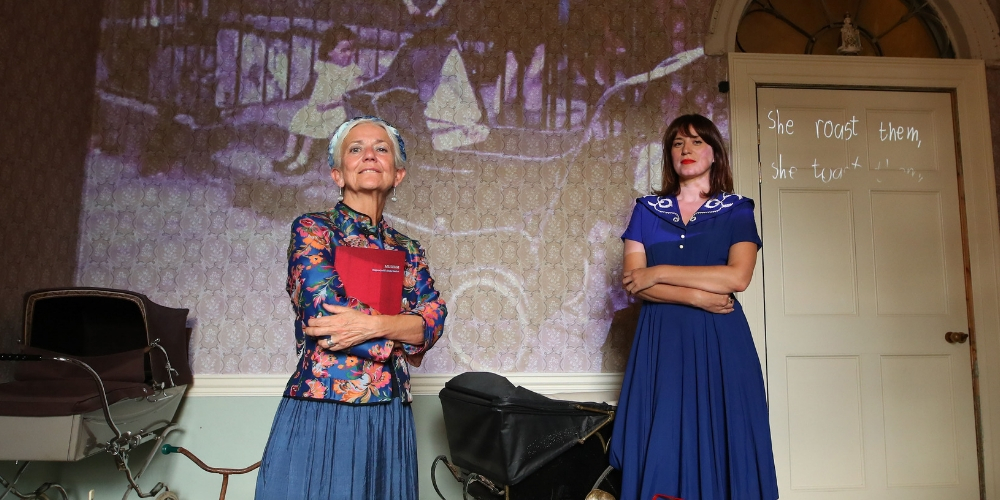 ‘’MUSEUM’ created in response to the history of the house

Officially opened in September 2018, 14 Henrietta Street tells the story of the building’s shifting fortunes through 300 years of city life: a journey from its grand Georgian beginnings to the tenement dwellings of its later years. Through people and memory, it aims to deepen understanding of the history of urban life and housing in Ireland.

Reflecting on the house and its history, both Paula Meehan and Dragana Jurišić created new work for the project. Paula Meehan’s new poetry sequence was commissioned in 2017 by Dublin City Council as part of a creative development project. The following year, Dragana Jurišić was invited to collaborate and respond to the poetry and to the house. The result is ‘MUSEUM’, a 68-page book, featuring 11 sonnets inspired by the house, with accompanying photography taken in and from the house.

Commenting, Dublin City Council Heritage Officer, Charles Duggan said: “When Dublin City Council undertook to save and renovate 14 Henrietta Street, it was in a derelict state. Work was carried out over a 10-year period to stabilise, preserve and restore the building. The collaboration with Paula Meehan came about after she gave an early reading there, when we were just setting about recovering the stories and histories of the house: her words really resonated with what we were trying to achieve.”

Taking the word ‘museum’ back to its Greek origins, nine of the 11 sonnets are dedicated to a Greek muse. Visitors to the house will already be familiar with ‘This Bed, This Raft on Stormy Seas’, which features as part of the guided tours and is voiced by Paula Meehan. Dedicated to the Muse of Tragedy, it looks at pregnancy and the lying-in period. Other pieces include ‘Step We Gaily, On We Go’, which is dedicated to the Muse of Dance and brings together in a Danse Macabre the house’s grand Georgian residents of the 1750s with the Dublin Militia, who lived there in the 1860s. ‘Children of the Wind’, meanwhile, looks at the lives of children in the house and asks: “where are they now?”.

Commenting, Paula Meehan, who grew up in tenement housing in Dublin, said: “I feel privileged for a myriad of reasons to have been invited to respond to the house and to make this poetry sequence. 14 Henrietta Street and its hauntings gripped my imagination from the moment I first crossed the threshold. The house inspired me to create this sequence, in recognition of the people I grew up amongst, who formed my moral and social compass; of the original architects, builders and craftspeople, who created such an elegant and enduring building; of the people who made their homes there over the years, who leave behind stories of survival and courage, and of the committed people who worked incredibly hard to realise this project.”

Dragana Jurišić added: “Paula Meehan is a magician of words and working with her on this book and with the people who brought 14 Henrietta Street back to life is an experience I will cherish forever. It was the walls of the house that fascinated me the most: with layer upon layer of old wallpaper or paint, pictures, graffiti, they were like secret maps inviting you to imagine the hundreds of destinies 14 Henrietta Street witnessed.”

‘MUSEUM’, the first in a series of publications planned in response to the museum, costs €18 and will be available to purchase from 14 Henrietta Street from Friday, 26th August. The house is only accessible by guided tours, which take place on the hour, five days a week, from 10am to 4pm Wednesday to Saturday and from noon to 4pm on Sundays. Tickets cost €9 adult / €6 concession and are available from www.14henriettastreet.ie. Advance booking is recommended. Group bookings are available.