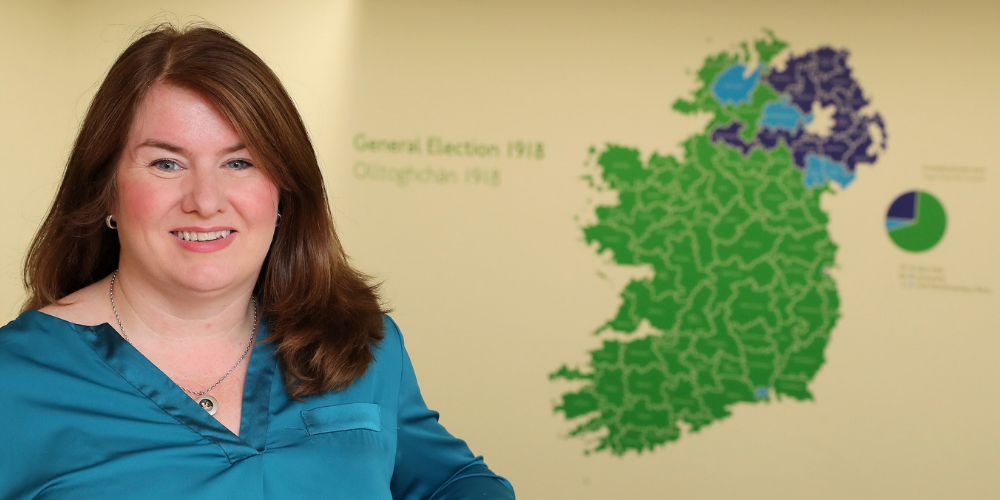 A typist in Dublin Castle and spy for the IRA; a priest who rebelled against the British and his own church; and a playwright who spread the republican message coast to coast across America: these are just some of the personal stories told in ‘From Ballots to Bullets: Ireland 1918-1919’, a photographic exhibition which draws on the National Library of Ireland (NLI)’s rich collections to paint a picture of two tumultuous years in Irish life.

‘From Ballots to Bullets’ opened at the National Photographic Archive last autumn and as it enters its final weeks, the NLI is placing a special emphasis on the often overlooked or lesser-told stories of six individuals, which illuminate different aspects of the 1918-1919 period. The stories relate to:

Further details about these men and women and their stories, as well as photographs and other archival material can be explored in the exhibition’s ‘Revolutionary Lives’ section.

Commenting, curator Nikki Ralston said: “‘From Ballots to Bullets’ tells the story of great political change and upheaval in Ireland, and includes such pivotal moments as women winning the right to vote, and the sitting of the first Dáil. With the passage of time, the more personal stories of individual endeavour and struggle often fall by the wayside. For that reason, the exhibition’s ‘Revolutionary Lives’ feature pays special attention to six remarkable individuals, whose very compelling stories help illuminate the events of the period.

“With only a matter of weeks until the exhibition closes, we would like to encourage those who haven’t yet had a chance, to visit ‘From Ballots to Bullets’ and to connect with these very personal accounts of Irish history. In particular, we encourage schools, younger people and students to visit and gain insight into this period in Irish life from the perspective of those involved in the events.”

From Ballots to Bullets: Ireland 1918-1919’ is free to visit, and is open seven days weekly: Monday to Saturday 10am to 5pm and 12noon to 5pm on Sundays. The exhibition runs in the NLI’s National Photographic Archive, Meeting House Square, Temple Bar until Sunday 26 May 2019.