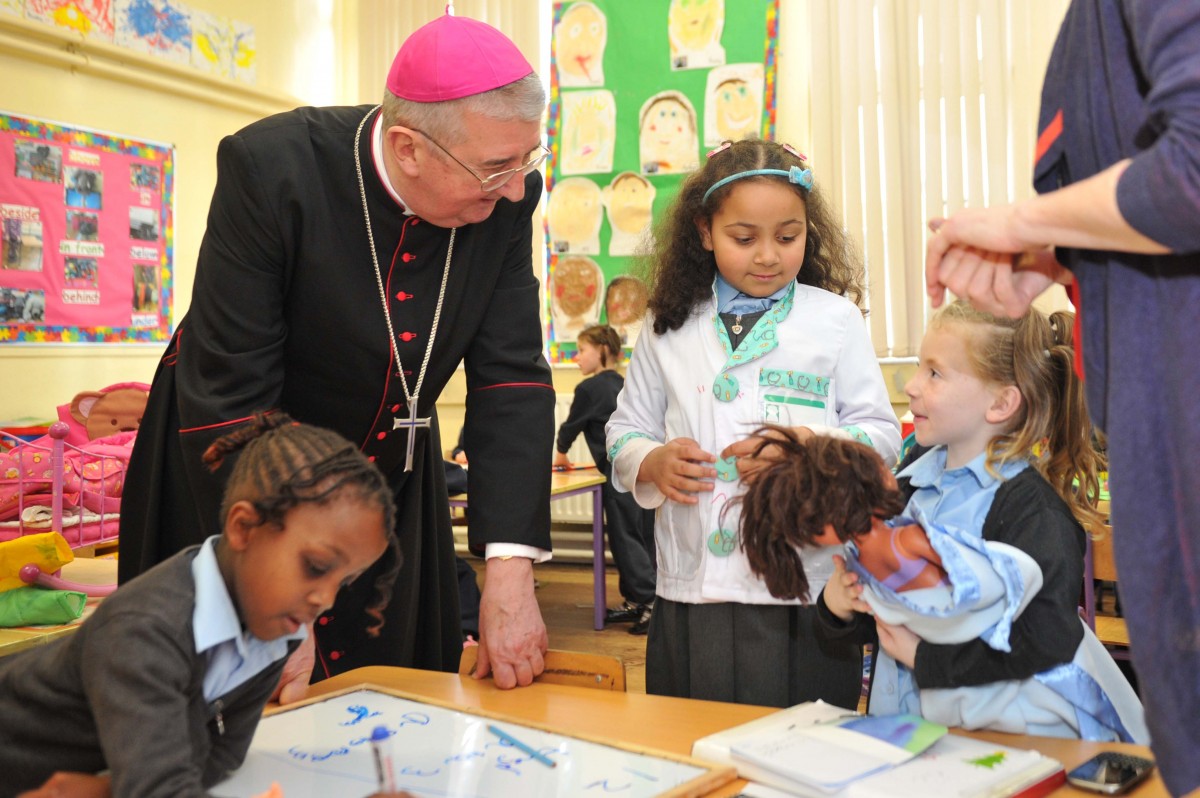 The long term implications of the economic crisis are now being manifested in the outcomes and chances of the most vulnerable primary students.  That’s according to Anne McCluskey, Principal of Our Lady of the Wayside National School in Bluebell, Dublin 12. Ms McCluskey made her comments on the occasion of a visit of the Archbishop of Dublin and Primate of Ireland, Diarmuid Martin, to the school today (21.01.16).

According to Anne McCluskey: “Successive cuts to school budgets and teacher ratios have impacted on all schools.  However, schools such as ours, which have limited capacity to fundraise because of the low income status of attending families, now have cumulative and complex problems which are starting to impact adversely on our pupils.”

“Our Lady of the Wayside currently has 108 pupils, from all backgrounds, most of whom are disadvantaged.  We recently lost pupils when their family rental properties were put up for sale, which now means that the school is likely to lose a teacher when the next academic year commences.  Austerity was harsh on families in this area, it seems that economic recovery is not bringing them any benefits, not yet at any rate.”

“We are delighted that Archbishop Diarmuid Martin has taken time out of his busy schedule to show his support for the school and reaffirm the positive work we are doing in the face of a number of challenges.”

“However Our Lady of the Wayside primary school is now at a critical state:  there has been no caretaker for the past four years, and there are major issues of disrepair and maintenance, particularly as the building is over 50 years old. Any funding we do receive is being absorbed into our increasing running costs. Alongside that is the likelihood of dropping another teacher from September.  Coupled together, we are increasingly compromised in the delivery of quality education and support to our students, some of whom are disadvantaged and need extra support, and not less.”

Despite the spate of problems facing the school, one area that the school is progressing in is IT; having recently been awarded a grant for IT equipment the school acquired six iPads to assist with team teaching, and these will soon be followed by new laptops, PCs and projectors.

Further information about the school can be found here: www.olw.ie.

Our Lady of the Wayside National School was founded in 1960 and currently has 108 pupils with a diverse population including Traveller children, children of immigrant parents and third generation Inchicore and Bluebell families.