Subscribe For News
Home » Client Sectors » Arts & Culture » Pubs and restaurants are most looked forward to re-opening activity, culture not far behind
April 29, 2021 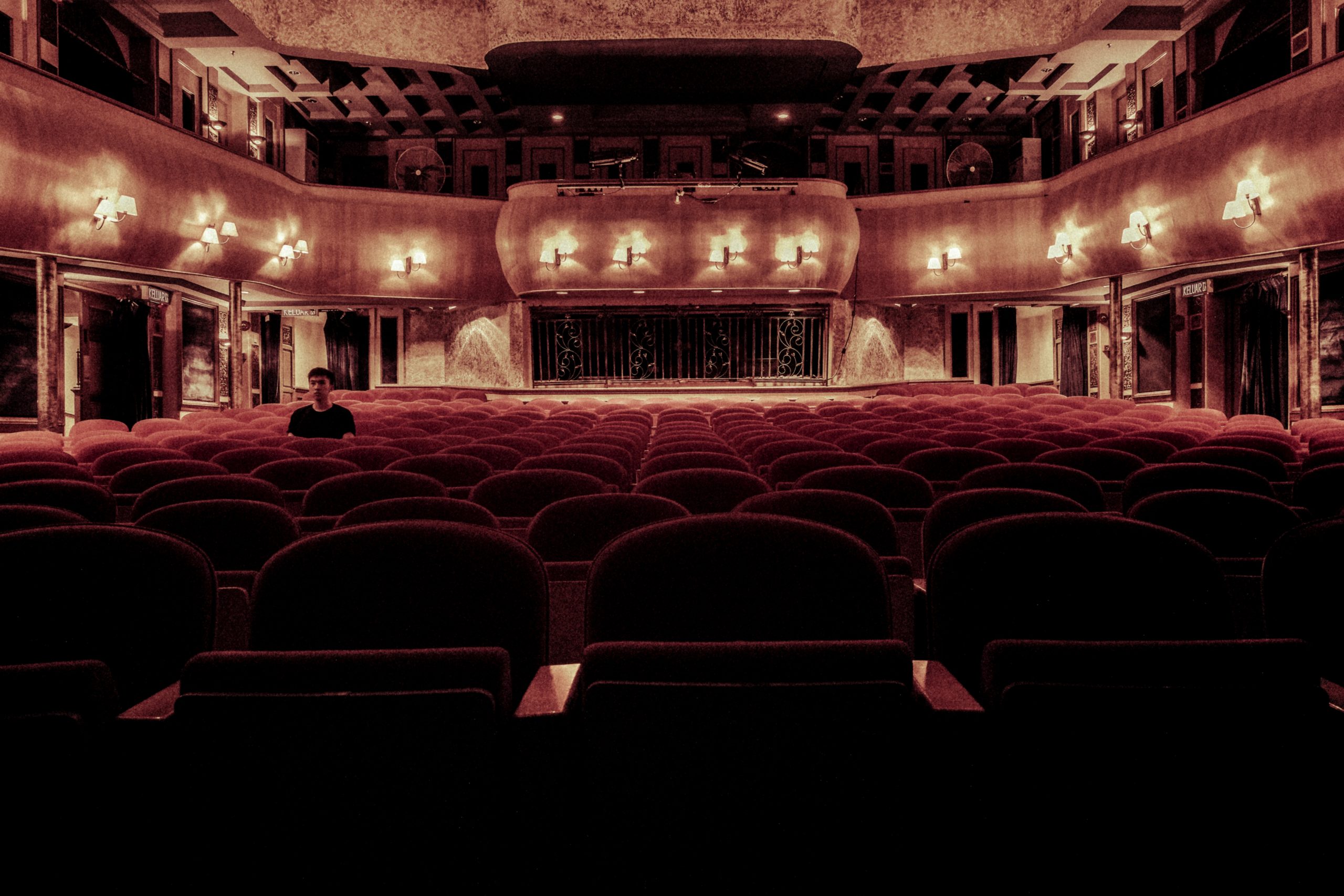 Pubs and restaurants are most looked forward to re-opening activity, culture not far behind

With cabinet approval of many pandemic restrictions likely and looming, now seems like an opportune time to take a look at what activities Irish adults are most looking forward to following the re-opening of society. In the Amárach Research March omnibus, we asked respondents to rank their top-three.

Starved of in-person opportunities to dine and drink beyond those which take place in the home, it is unsurprising to see that Irish adults are most looking forward to going to a bar or restaurant following the re-opening society. When asked what activities they were most looking forward to as restrictions are eased, 3 in 4 (75 per cent) mentioned a chance to imbibe in person, with one third (33 per cent) of respondents ranking this activity in first place. This is overwhelmingly the highest response from this tranche of findings, coming in a full 38 points above the next most anticipated activity and is no doubt driven by the fact that bars and restaurants represent some of Ireland’s most extensive and accessible forms of entertainment.

Prior to the pandemic, Irish cinema attendance was some of the highest per capita in Europe and arguably this is captured in the results, with a trip to the cinema (37 per cent) coming in as the second most looked forward to activity. Cinemas will be eager to win back viewers who gravitated towards, or galvanised their interest in the on-demand content and streaming services that enjoyed a lockdown boon, and which were already posing a credible threat to the cinema sector. 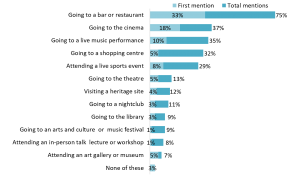 From one auditorium to another, our findings show that 13 per cent of Irish adults are looking forward to sitting down for a play or show, with five per cent of respondents marking it as their first choice. Given that theatres are not as prolific as cinema in Ireland, this may not be as low as it seems. On that basis, interest should be seen as strong as theatres continue to expand beyond their physical spaces into the future.

Meanwhile, staying within the arts, culture and heritage domain, 13 per cent of people ranked visiting a heritage site in their top-three most looked forward to activities. In DHR’s previous wave of research, more than 30 per cent of Irish adults said they visited a heritage site in the last six months: hard interest in going to heritage sites (which can vary from buildings to outdoor sites) is strong. Back in the present results, seven per cent of Irish adults chose attending an art gallery or museum. While some of these may seem like small figures in and of themselves, taken together, along with theatre, a total score of 32 per cent is arrived at, suggesting a very strong interest in the return of arts and culture more broadly.

At 32 per cent, there is a strong, passive interest in getting back to a shopping centre. This might present questions around the use of the public realm and public spaces or buildings for people to hangout, use free broadband, have access to toilets and buy a snack.

Arguably, there is a question around access to cultural institutions here and how they can entice visitors through their doors – attendance may suffer because they are one or two dimensional in their public offering. With visitor numbers and incomes no longer a valid measurement of success, different engagements needed to be assessed. A US survey of cultural audiences in
the early months of COVID showed an increased desire for the cultural and heritage sector to fulfil emotional, social and functional needs during the pandemic, with laughter and escapism among the greatest needs identified. Audiences who had rarely set foot inside a cultural space found a new relationship with cultural heritage through online mediums.

While only nine per cent of Irish adults looking forward to going to a nightclub might seem low, the limited enough age range of people who might attend one at all puts this figure in some perspective. Moreover, most people are under no illusion that these will likely be one of the last sectors to fully open up again. Much of the pessimism stemming from this reality felt by club promoters and party planners will likely be assuaged by positive soundings from Government to review licensing laws and opening hours, and create a more sustainable after-hours cultural offer.

Finally, while the proliferation of online events was a feature of the last twelve months, Irish people don’t seem particularly enthused by a return to the ‘real deal’. Online is fine seems to be the sentiment from, with only eight per cent of people looking forward to attending an in-person talk, lecture or workshop in the near future. Again, after almost a year of deferring to virtual versions of such events, people may have competing priorities in which such events – online or in-person – don’t feature. In any case, organisations shouldn’t dismantle their online events infrastructure just yet.