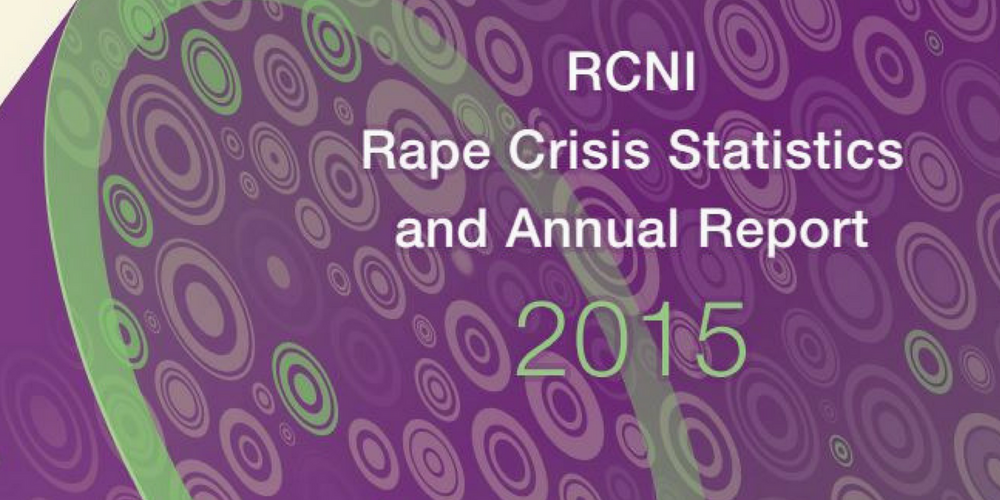 67 per cent of survivors were subjected to other forms of violence (physical, emotional, psychological).

One in ten were subjected to sexual violence in both childhood and adulthood.

The Rape Crisis Network Ireland (RCNI) has launched its Rape Crisis Statistics and Annual Report 2015.  With over 13,000 calls to 11 Rape Crisis Centres last year, the report shows the importance of the centres as essential safe places for disclosure and support for survivors of sexual violence. The report indicates that of those using Rape Crisis Centres, 65 per cent of survivors had not previously reported to any formal authority. As such, RCNI data collection is one of the only places where these survivors’ experiences are documented and their voices can be heard.

Speaking at today’s annual report launch, Executive Director of RCNI, Clíona Saidléar, said: “Rape Crisis Network Ireland’s data fills a gap in the gathering of accurate and reliable information from survivors of sexual violence who have not reported to any formal authority. This database provides the most comprehensive and detailed information on sexual violence in the Irish context and is a vital resource to all those working towards ending sexual violence against women, men and children.

“Today we are also launching survivor feedback data on An Garda Síochana for the second year running. Following on from the groundbreaking RCNI report ‘Rape & Justice in Ireland’, with approval from the Garda Commissioner and the Garda Research Unit, we now collect and collate data on victim’s experiences of reporting to the Gardaí.

“On all three indicators: sensitivity; contact levels; and information, more survivors were satisfied with their experience with the Gardaí than in 2014. The report shows that 69 per cent of survivors who filed a complaint with the Gardaí felt that they were treated in a sensitive manner, that their complaint was taken seriously and the Gardaí were attentive, sympathetic and supportive. This is a six point increase from the previous year.

“We commend the Gardaí’s continued prioritisation and efforts to change culture and practice through specialist roles, and infrastructure, with the establishment of new Regional Protective Services Units, which will deal with a range of sensitive crimes such as sexual violence and domestic violence crimes. Leadership within the gardaí continues to be critical to ensure the improvements we would all like to see. As far as levels of contact are concerned, the improvement in satisfaction might be an indicator of the positive effect of the Garda Victim Services Offices, though as far as we know, they were not all yet operational by the end of 2015. Having this feedback also means that some requirements to collect data, under the EU Victim’s Directive and the national strategy on domestic, sexual and gender based violence, are being fulfilled.

“RCNI has received no funding from the Child and Family Agency Tusla for two years. Last year, a cumulative 70 per cent cut to our funding took effect and our core funding from Tusla was completely withdrawn. Because of this, we were unable to continue to provide the support we used to to the sector in relation to policy and guidance. We have worked hard to prioritse and support key policy areas but there is a gap opening up which needs to be urgently addressed. RCNI made the decision to continue operating our globally innovative and best practice data collection system without the support of Tusla, as there is no other mechanism possible to give voice to these survivors who are otherwise silenced.

“This report pulls together information gathered using RCNI’s unique, best in class Data, Knowledge and Information System to collect high quality and reliable data. The evidence gathered from 11 Rape Crisis Centres around Ireland in 2015 has policy implications for the whole of Government in terms of delivering the best response to victims and survivors of sexual violence.”

The RCNI’s annual report is available to download from http://www.rcni.ie/wp-content/uploads/RCNI-RCC-StatsAR-2015.pdf