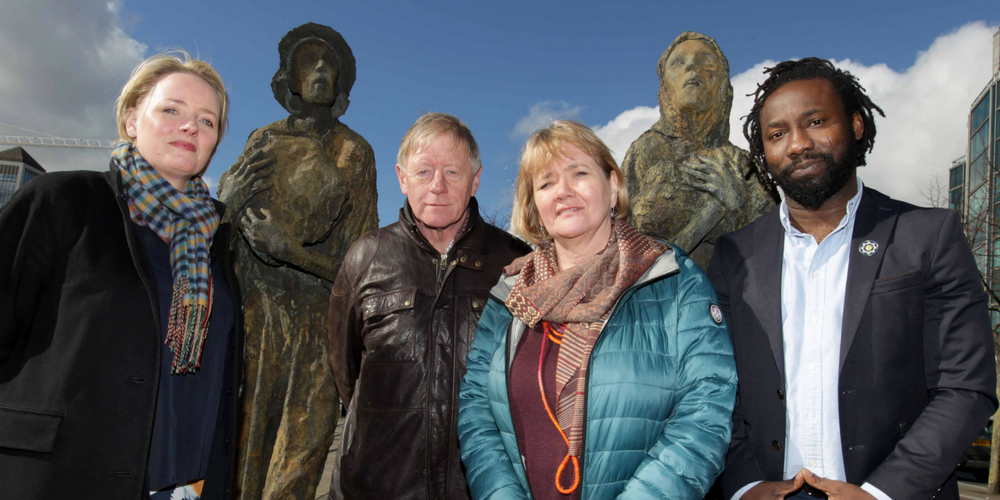 The Mary Raftery Journalism Fund (MRJF) has launched the Refugee Crisis Media Fund, with the support of the Tony Ryan Trust, at an event held at EPIC Ireland, The Irish Emigration Museum. The fund was established to provide support to journalists and media professionals who wish to investigate the refugee crisis in Europe and the impact of the arrival and integration of refugees in Ireland.

The Fund is open to journalists, media professionals and media organisations who wish to submit applications for print, broadcast and / or online projects. Those from regions where refugees have migrated from are particularly welcome to apply, as well as those applying on behalf of multi-media, team based collaborations. Up to €40,000 will be available for allocation and the maximum payable to any applicant will be €20,000.

“In 2015, millions began fleeing their homes – mostly from war-torn Syria – into the EU, triggering the worst refugee and migrant crisis we have seen in Europe since World War II. Images flash across our screens nightly of bodies being washed ashore – it is truly horrifying and a humanitarian disaster of epic proportions.

“The media has a responsibility to connect more directly with the issues, to analyse and deepen understanding, and to speak to those who are directly affected. Additionally, with the Irish Government’s commitment to accepting 4,000 refugees over the next two years, the media in Ireland could play a crucial role in shaping the public’s response to arrivals and the effective integration of those who have reached our shores under the most traumatic of circumstances.

“We are pleased to launch the Refugee Crisis Media Fund today, with the generous support of the Tony Ryan Trust, and offer media professionals an opportunity to develop informed analysis of the refugee crisis and enable journalists, both nationally and locally, to report from camps overseas and local communities in Ireland, and to develop first-hand views.”

Emma Lane-Spollen, Tony Ryan Trust, added: “The Tony Ryan Trust’s aim was to establish a media fund as part of a number of initiatives to collectively make an impact on Ireland’s response to the refugee crisis and contribute to successful integration. We are very happy to be working with the Mary Raftery Journalism Fund, with a proven track record of supporting high-quality investigative journalism in Ireland over the past number of years, as a partner on this project.

“It is our intention that the Refugee Crisis Media Fund will help to ensure that the Irish media’s knowledge and understanding of refugee issues will increase, and therefore, by extension, the public will receive better informed reporting and analysis.”

Applicants will be judged on the potential impact and reach of the proposed investigation and should demonstrate examples of their experience in this area. There must be a clear commitment to focus on highlighting the stories of those affected by the refugee crisis and the originality of the proposed idea should be evident.

The deadline for submission of applications is 5pm on Wednesday, 31st May 2017 and applicants will be notified of the judging panel’s decisions by Tuesday, 4th July 2017. Applications are to be submitted via email to info@maryrafteryfund.ie.

All applications will be considered and awards made by a panel of independent judges.

A Refugee Crisis Media Fund information workshop will be held at a Dublin location during the month of March and details on this will be made available soon on www.maryrafteryfund.ie. The workshop will focus on the application process.

For further information on the Refugee Crisis Media Fund and how to apply, visit www.maryrafteryfund.ie/apply.