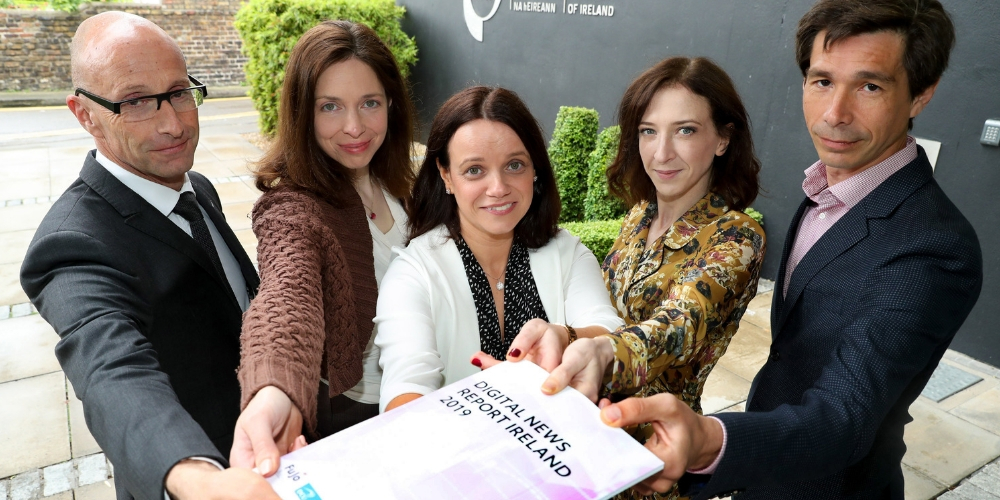 Some 61% of Irish media consumers are concerned about what is real and what is fake on the internet. This is one of the findings from the Reuters Digital News Report 2019 (Ireland). This represents an increase of 4 percentage points on last year, when 57% of Irish respondents to the international study said they were concerned about ‘fake news’ on the internet. The Irish figure is considerably higher than the EU average of 51%.

This is the fifth year that the Broadcasting Authority of Ireland (BAI) has funded the inclusion of Ireland in the  Reuters Institute Digital News study, as part of its work on fostering media plurality in Ireland. Now covering 38 countries across the world, the annual study aims to understand how news is being consumed globally, with a particular focus on digital news consumption and the devices used to access the news. The BAI has commissioned the Institute for Future Media and Journalism (FuJo) at Dublin City University to produce a specific report on the Irish results of the survey for the last five years.  The data for the research was collected between January–February 2019, reflecting the same data collection timeframe for previous years.

The research found that more than a quarter (26%) of Irish news consumers made a decision not to share a news story in the last year because they doubted its accuracy. It also found that 22% of respondents had stopped using certain news sources because they were unsure about the accuracy of their reporting. However, Irish media achieved the highest rating for helping Irish news consumers understand the news of the day (59%), marginally ahead of the UK (57%) and well above the European figure of 48%.

Commenting, Broadcasting Authority of Ireland chief executive, Michael O’Keeffe said: “The rapid pace at which technology continues to change the media landscape around the world presents particular challenges to those charged with ensuring that the regulatory environment remains appropriate. Over the past five years, the BAI has invested in the Reuters Digital News Report (Ireland), ensuring that Ireland is included in this international study. This investment has proved invaluable in providing timely insights into news consumption trends internationally and facilitates Irish comparisons.

“Strong digital literacy amongst Irish media consumers is essential in dealing with the challenges of the evolving media landscape. Enhancing this competency is one of the BAI’s strategic objectives and is an area in which we are taking a leadership role through the Be Media Smart Initiative. The research shows that Irish news consumers are becoming more aware of disinformation, with over 60% expressing a concern about fake news. In addition, the BAI was pleased to note that Irish people are more positive about the value of the news media with 59% agreeing that it helps them understand the news of the day. The fact that radio is still the first source of news for Irish people in the morning is heartening.”

Director of FuJo, Dr Jane Suiter added: “Access to quality journalism is essential to a functioning democracy. While there is a very slow increase in the numbers of Irish people willing to pay for news online, overall, Irish people’s interest in news remains consistently high and their questioning of the veracity of news sources is encouraging, but needs to increase. Quality journalism is important to a cohesive society and in this turbulent time, news providers must continue to champion the idea that quality online news is a necessity, rather than a luxury.”