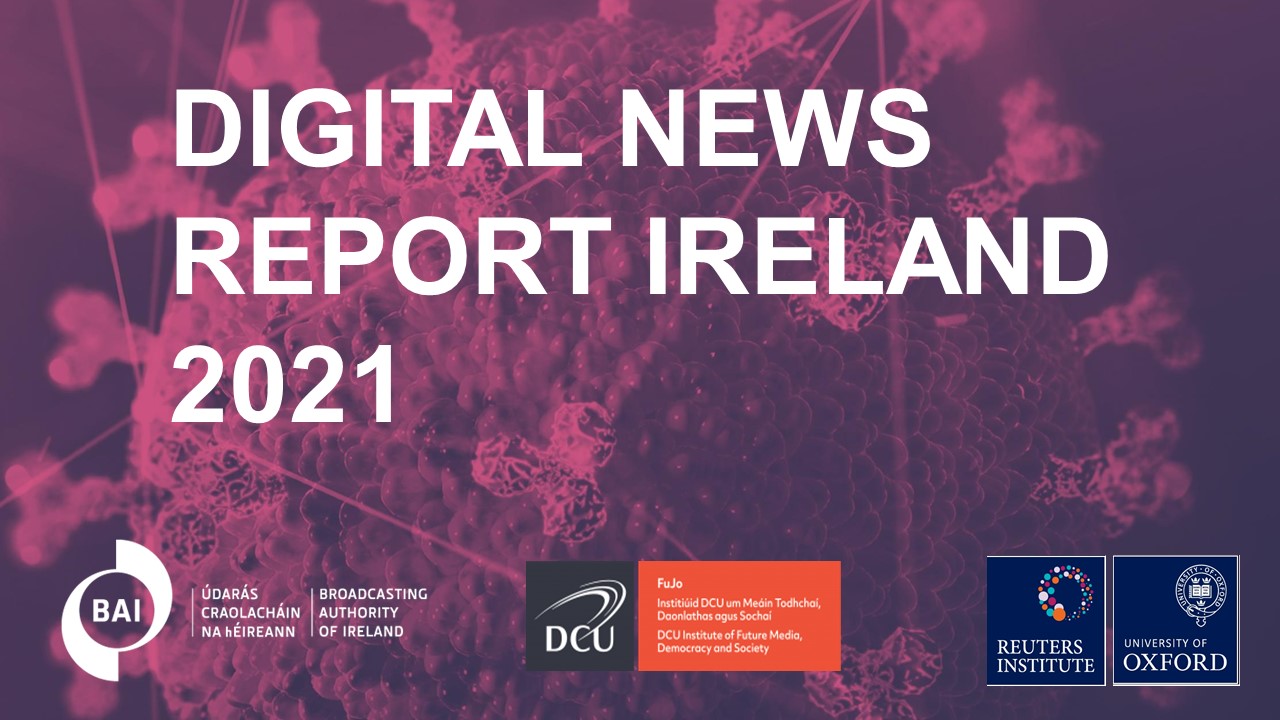 Published last month, the new Reuters Digital News Report, funded by the BAI, has highlighted some of the changes in how Irish audiences  consume and interact with media. The Reuters Institute Digital News Report is the most extensive ongoing comparative study of news consumption globally, with the Irish data forming part of the larger survey. Conducted in 46 countries, Ireland’s participation has been facilitated for the seventh year through sponsorship by the Broadcasting Authority of Ireland (BAI).

This year’s report profiles Irish media consumers, their interests and engagement with news and technology; their sources and devices; their attitudes towards trust, disinformation and paying for news; new data on brands, discovery and social media and the effect of COVID-19 on news media consumption in Ireland.

Key findings of the report include:

Diversity, particularly gender representation in the media is a key area of focus for the BAI. This year, in addition to the Digital News Report, the BAI has commissioned DCU to examine, in more detail, gender and diversity in the context of the Irish Reuters data since 2016. In particular, the BAI is interested in understanding women’s attitudes towards and engagement with news.

The Reuters Digital News Report Ireland 2021, is available on the BAI website, www.bai.ie, along with an infographic illustrating some key findings of the report.