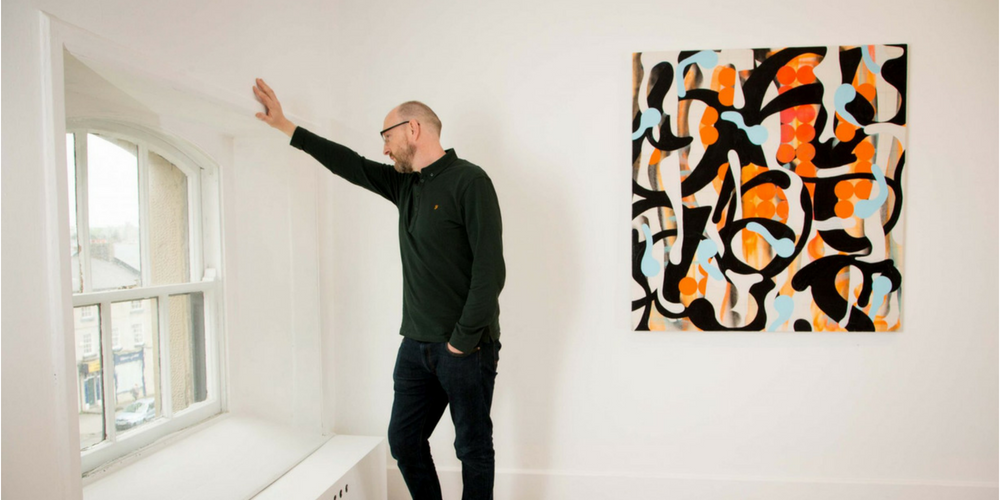 One of Ireland’s leading contemporary arts centres, The Model, has announced the opening of ‘Ronnie Hughes: Strange Attractors’, a major touring retrospective of the work of the renowned artist. The exhibition, supported by the Arts Council of Ireland, will open at The Model in Sligo on 15th April and run until 22nd June, before moving to Limerick City Gallery of Art from June to August and the Royal Hibernian Academy in Dublin from September to October 2017.

‘Ronnie Hughes: Strange Attractors’ consists of a large body of the artist’s recent work, which showcases a pronouncedly idiosyncratic approach to making both paintings and drawings.

Acting Director of The Model, Emer McGarry commented: “We are delighted to have secured funding from the Arts Council to present this major touring solo show. Ronnie Hughes is one of the most dynamic abstract painters working in Ireland today, and it’s an honour to bring his work to new audiences. Hughes’s works display a diversity of styles and an interest in optical and haptic effects but, at heart, all share a common concern with the lived experience, which is described by the artist as ‘the beauty, the fragility and the violence of being’.

“Following our exhibition here at The Model in Sligo, we look forward to bringing the exhibition on tour to Limerick and finally to Dublin, where we will also launch a publication to document the exhibition.”

Ronnie Hughes, who has been based in Sligo since the mid-1990s, has shown widely in Ireland and the US, and his work is held in many public and corporate collections, including the Arts Council and the Irish Museum of Modern Art.

Speaking ahead of the exhibition opening, Hughes said: “I’m looking forward to sharing ‘Ronnie Hughes: Strange Attractors’ with a national audience this year and delighted that the tour of the exhibition starts at The Model, one of Ireland’s leading contemporary arts centres.

“The exhibition is a retrospective of my recent paintings and drawings and features work that demonstrates my interest in corrupting grids, energy fields and patterns to set up an expectation, and then thwart it somehow. I try to arrest the work at a tenuous moment and like it when the work seems to hover on the brink of collapse – like chaos has been temporarily held in check, and that is a theme of this body of work. Throughout my career, I have endeavoured to create art that is expressive and I look forward to hearing how visitors to the exhibition experience my work.”

‘Ronnie Hughes: Strange Attractors’ will open at The Model on Saturday, 15th April, with Ronnie Hughes in conversation with writer and critic Martin Herbert at 4.30pm.

The exhibition is free to visit, and open six days a week at The Model, The Mall, Sligo. Opening times are from 10am to 5pm, Tuesday to Saturday and 10.30am to 3.30pm on Sundays. The exhibition will run at The Model until Thursday, 22nd June and will be accompanied by a full-colour publication.

For more information on The Model, please see www.themodel.ie.