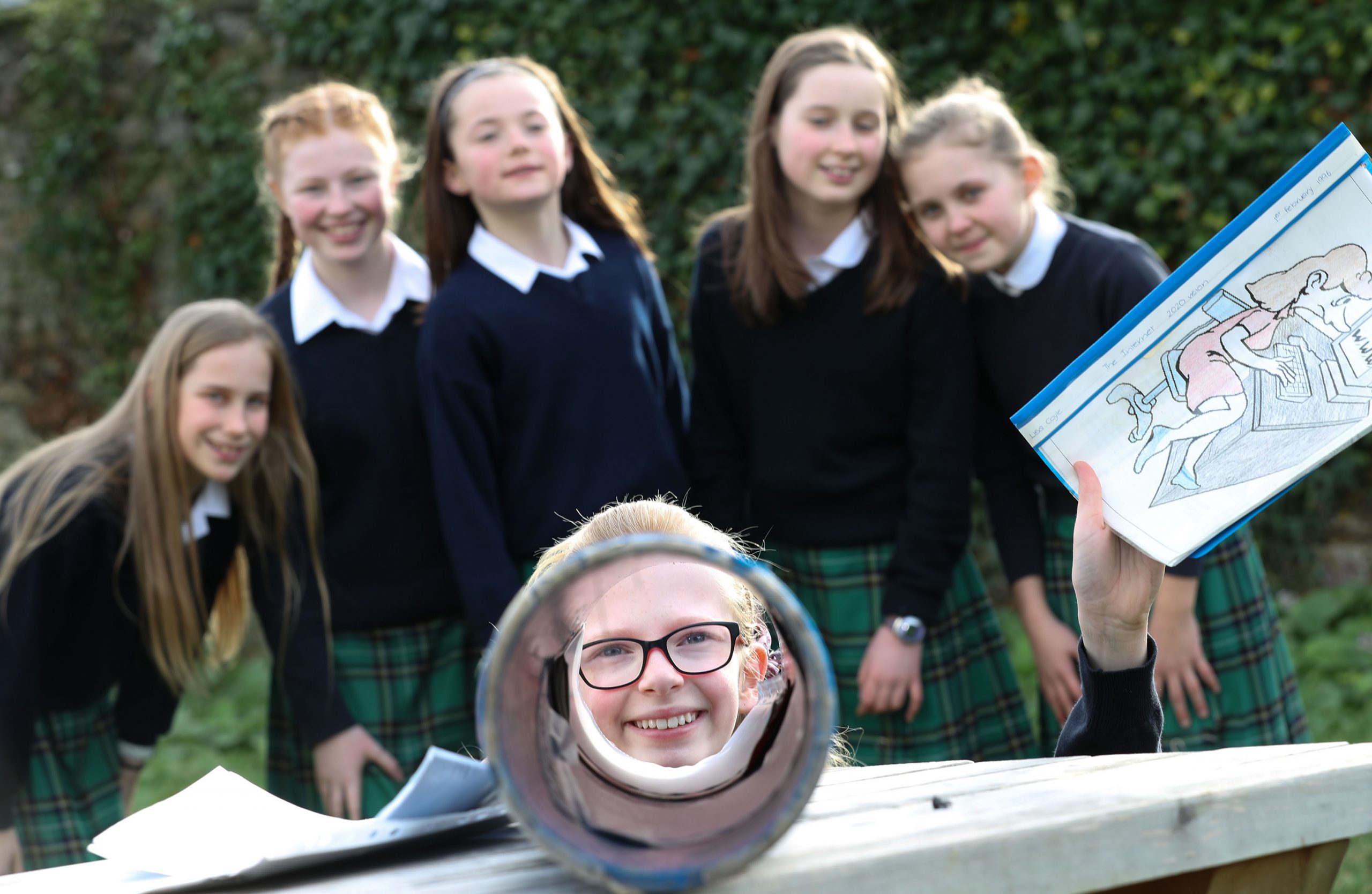 Students in schools across the country will be engaging in a treasure hunt over the coming weeks. The treasure? A time capsule buried or stored on school grounds in 1996, containing the thoughts and hopes of their counterparts 25 years ago.

The opening of the time capsules will mark the culmination of ’20-20 Vision’, an initiative that was jointly organised by the UK and Ireland as part of the European Nature Conservation Year 1995. The project began in 1995 and ran throughout that year, concluding with the burial of the capsules in February 1996. It encouraged students in schools across England, Wales, Scotland, Northern Ireland and the Republic of Ireland to think about their environment then, to consider what had happened to it over the previous 25 years, and to predict how it might change over the following 25 years by 2020. Suggested topics for discussion included plants, wildlife and water; different styles of transport and their effects on the environment; and recycling habits.

In all, 72 Irish schools and one scout troop took part in the project, which was organised in Ireland by the then Department of Arts, Culture and the Gaeltacht (now Department of Culture, Heritage and the Gaeltacht). Students “buried” their time capsules on 1st February 1996 and suggested safe-storage areas included local bank vaults, a local library, town or village halls or council offices, a local museum, or for the capsule to be built into a mural or sculpture, or buried in school grounds or a local park.

All schools were required to fill out registration forms, and students were advised to let their local library or museum know where they had stored their time capsule. The registration forms were returned to the Department of Arts, Culture and the Gaeltacht, which presented them to the National Library of Ireland for safe-keeping in 1999. Included with the forms was a letter addressed to the Minister with responsibility for Natural Heritage in 2019, requesting that the Minister arrange for schools to be contacted to remind them to open their time capsules 25 years in the future, in 2020.

Speaking about the National Library’s role in the project, the NLI’s Director, Dr Sandra Collins said: “The National Library is Ireland’s memory-keeper – a kind of time capsule of Ireland’s story which is being added to every day, and where the information is always available. We protect and care for more than 10 million items, and for more than 20 years this has included the schools’ time capsule registration forms. We are very excited to be involved in this cross-generational project. Our Learning team, who engage with schools around the country on a wide variety of activities every year, is working with schoolchildren and teachers to offer tips and advice on the process of documenting the contents of their capsules, and on how they can be kept safe and in good condition.”

Excitement as Loreto pupils – past and present – open time capsule

The time capsules give a fascinating insight into how students in 1995 imagined the year 2020, as shown by the contents of the capsule dug up this morning at Loreto Primary School, Grange Road, Rathfarnham – the first to be revealed as part of the project. The capsule includes each child’s vision for 2020; an audio tape of interviews with various people comparing the 1970s with 1995, and looking ahead to 2020; newspaper cuttings from the 1970s and 1995; school projects on recycling, global warming, greenhouse effect, and pollution; photographs of the school and of the participants; video footage of the school and its environs; information on endangered animals; messages to the children of 2020; and letters from people including Gay Byrne, Joe Duffy and Seamus Heaney about their vision for 2020.

Principal of Loreto Primary School, Grange Road, Sr Maria Hyland commented: “There was great excitement at the school this morning as the contents of the time capsule were revealed. The children were very curious to find out how their counterparts imagined the world in which they now live. We were also delighted to welcome back past pupils who took part in the project 25 years ago, and to hear about their memories and recollections of their involvement in the project.”