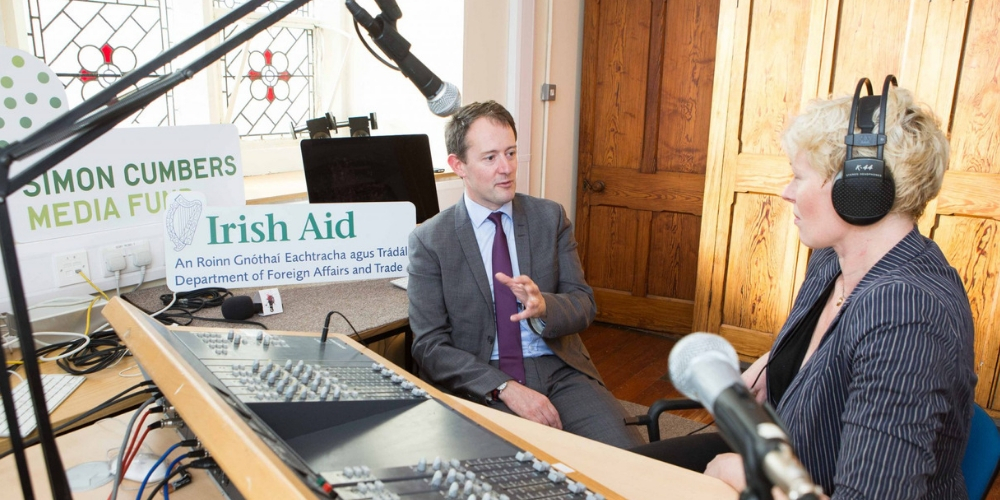 The Simon Cumbers Media Fund was set up by Irish Aid in 2005, and through its Student Scheme invites students across Ireland to apply to research and report on a particular issue in developing countries. The Student Scheme, now in its fifth year, awards students with funding to travel to these countries to produce media projects focusing on development issues.

In 2016, three successful students will be mentored by established journalists to develop and deliver their projects, which will be published in national media outlets. The 2016 Student Scheme mentors are Newstalk producer Susan Cahill, Irish Times Foreign Policy Editor, Paddy Smyth and TheJournal.ie deputy editor, Christine Bohan.

Speaking at the launch of the 2016 Student Scheme, Minister Sherlock said: “Over the past four years, the Simon Cumbers Media Fund has successfully supported Irish students in bringing the stories of the developing world to the Irish people. This year, participating students will publish reports of achievements and challenges in developing countries that are so often not brought to our attention, such as the first-hand account to be produced by Ellie O’Byrne of Griffith College Cork on the problems confronting Ethiopia’s female beekeepers and how they are overcoming them.

“This Fund not only brings important development issues to the fore for a younger audience, but also provides an invaluable first step on the career ladder for media and journalism students who develop pitches and bring important stories from the research stage to broadcast and publication, with the guidance of experienced media professionals.

“I hope that third level students will continue to engage with the Student Scheme in great numbers this year and I look forward to seeing their finished projects.”

Proposals must be submitted to the Simon Cumbers Media Fund by Friday, 12th February 2016. Shortlisted candidates will be invited to attend an interview with the three media mentors and a representative of Irish Aid. Full details of the scheme are available at: www.simoncumbersmediafund.ie/students.