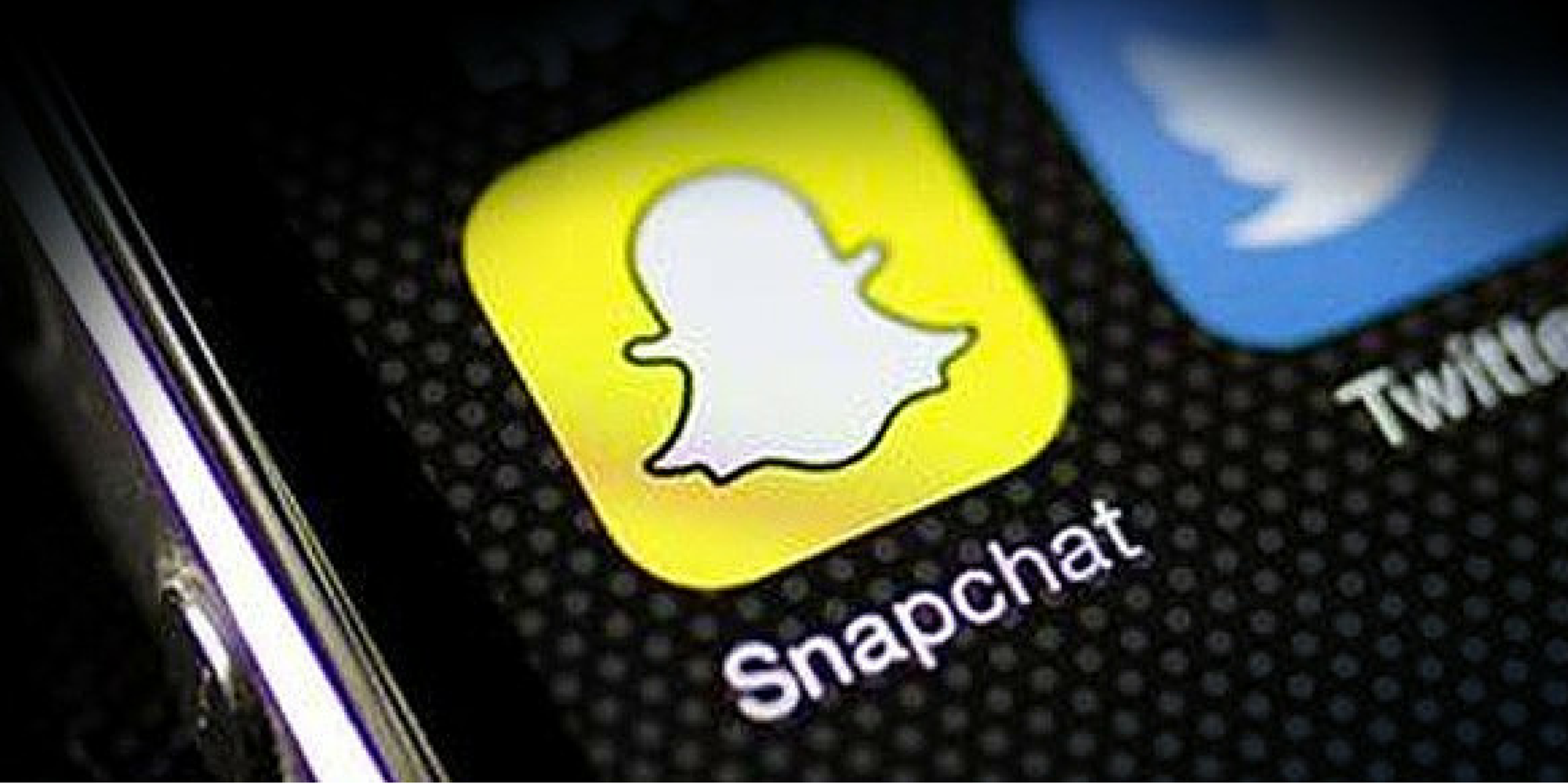 Snapchat is one of the most popular mobile applications in the world right now. Co-founders Evan Spiegel and Bobby Murphy couldn’t have dreamed of how popular the networking app would become when they came up with the concept in 2011. The idea was sparked when their friend complained to them about sending a photo from his smartphone that he immediately regretted. Hence, the idea of self-destructing photographs was born. Spiegel and Murphy turned their idea into an app and called it Picaboo. After adding video to its functionality, Picaboo was subsequently rebranded as Snapchat and since then its popularity has exploded worldwide.

So how does it work?

The functionality of Snapchat is very straight forward. You simply go into the app on your smartphone and build your message by taking a photo / video, adding text or emojis, applying filters, and selecting the recipients. Then choose the length of time you would like to allow your recipients view your message for (up to 10 seconds) and hit ‘SEND’.  Once the recipient has viewed your photo / video, the message self-destructs and can never be seen again, unless the message is replayed (this is only allowed once a day) or screen-grabbed.

In 2013, as an alternative to sending direct messages to contacts, Snapchat introduced ‘Stories’. This is a public timeline where you can post a bank of photos and videos (i.e. your story) and anyone who follows you can view your posts within 24 hours of them being uploaded.

In terms of building your contact list, you can import your friends’ Snapchat details from your phone/device or manually add them by searching for them. Snapchat can also pick up other Snapchat accounts if they are on devices nearby, which provides another way of adding contacts.

Who is using Snapchat in Ireland? 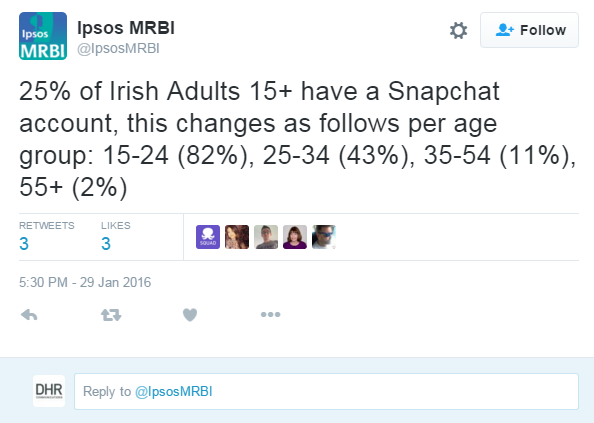 If you are over the age of 35 and don’t have a Snapchat account, don’t panic, because you are not alone.

In fact, results from the latest Ipsos MRBI Social Networking and Social Messaging Tracker Surveys revealed that 89% of those in the 35-54 year old age bracket in Ireland do not have a Snapchat account.

The same survey by Ipsos MRBI revealed a stark contrast in the 15–24 age bracket, showing that the social media app has surpassed Instagram, Twitter and WhatsApp in popularity, with 82% of under 25 year olds signed up to the app.

When you look at the 25-34 age bracket, account ownership figures drop to 43% – nearly half that of their younger counterparts. But the figures are still strong and with such a young user base, Snapchat’s popularity is predicted to continue to grow rapidly in the coming months and years, particularly amongst 25-34 year olds.

Why is Snapchat Discover the hottest club in town?

Snapchat in its infancy was a one-to-one communications tool, but with the introduction of ‘Stories’, brands have begun to realise that snapping can potentially reach quite a wide audience. Snapchat itself also realised the potential for ‘Stories’ to create more revenue through advertising and subsequently launched a ‘Discover’ section, featuring big name brands such as MTV, Sky, Mail Online, National Geographic and Mashable, to name a few. There are currently a total of 19 ‘Discover’ channels on Snapchat worldwide. Snapchat has always limited the amount of brands it will host in the ‘Discover’ section and, as a result, it has become a bit of an exclusive club.

The idea behind this is that Snapchat wants to create a sense of exclusivity in a limitless digital space. The limited number of places means that the selected few have exclusive access to Snapchat’s 100 million daily users, which in turn pushes up the value of the brand and its ability to generate advertising revenue. Snapchat’s Head of Content, Nick Bell, also realises that exclusivity has a real appeal to their young users.

Brands have found it very difficult to get featured on ‘Discover’. Those who are successful have had to go through a process of submitting numerous examples of high quality content to a private content management system over a number of months and Snapchat has always given preference to publishers who can create special vertical videos cropped to fit upright smartphones.

Should Irish businesses be on Snapchat?

If you are a small / medium business thinking about adding Snapchat to your social media toolkit there are a couple of things to consider.

For example, there is currently no search function in the app, which means that potential followers need to know the exact details of your account name if they wish to find you and add you. Another point to be mindful of is that Snapchat doesn’t have the same follow and share functionalities that we are used to on other social media applications. This prevents content from going viral. And due to the lack of analytics on Snapchat, it can be quite difficult to break down specific details of your target audience and the behaviour of your followers – other than seeing how many times your posts are being viewed. 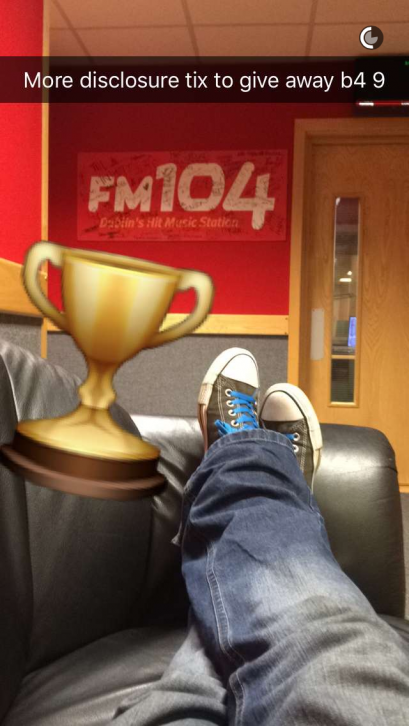 That being said, the figures above clearly state the popularity of Snapchat as a social messaging platform amongst young people. So if your target audience is 15-25, your brand definitely needs to be within their online social circles, which right now means being on Snapchat.

Some good examples of Irish brands on Snapchat at the moment include Paddy Power (thepaddypower), Tayto Crisps (mrtaytosnaps), Aer Lingus (aerlingus) and FM 104 (fm104snap). FM104 use their Snapchat account to provide followers with behind-the-scenes peeks of what is happening in the radio station featuring guests, presenters and production staff. They have been able to build a strong Snapchat following by linking it with their on-air activity and using it to offer followers exclusive competitions and giveaways.

But for other smaller Irish businesses who don’t have the benefit of radio behind them, there are still a number of ways to use Snapchat to boost a brands profile, such as providing followers with sneak peeks of new products and ideas or providing last minute offers. One Irish pub company even used Snapchat to hire new waiting staff by asking applicants to send photos and videos instead of a CV.

How to build an audience 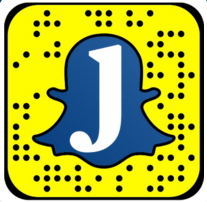 At the moment, the best way to build a following of ‘Snappers’ is to ensure that you are using every tool at your disposal, online and offline, to shout about your account details. TheJournal.ie is good example of an Irish brand who have promoted their Snapchat account by incorporating their Snapcode into their Twitter and Facebook profile pictures. A Snapcode is an easy way to add accounts on Snapchat, by pointing your Snapchat camera at a Snapcode and tapping your screen to add. It’s a very effective, yet simple way of using other online channels to let your target audience knows about your existence on Snapchat.

Once you have a following it is very important to keep them engaged, so make sure to post interesting and relevant content regularly (ideally once a day) and make sure to keep a nice balance of video and photo posts.

So, be creative, be innovative and get snapping.