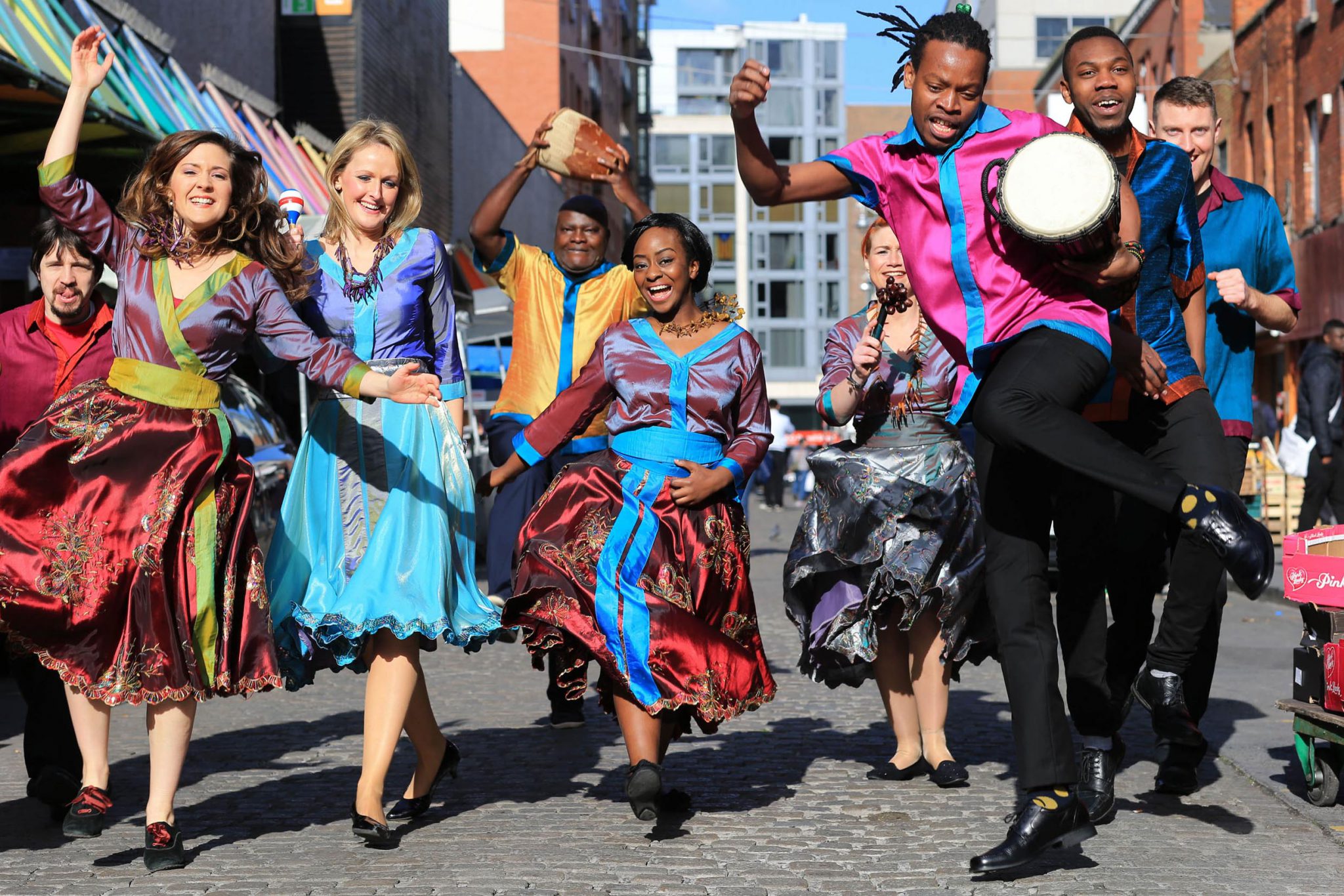 Spotlight on our work with Discovery Gospel Choir

From now on, we’re going to use our blog to highlight some of the projects we are working on to give you an idea of what we’re up to.

We’ve recently been working with Discovery Gospel Choir around their 10th anniversary celebrations.

For those of you not familiar with Discovery, they are Ireland’s most multicultural choir, with singers and musicians from 17 countries across the world making up its membership.

To kick off their 10th anniversary year, Discovery held a concert called ‘Home’ in Christ Church Cathedral over the St. Patrick’s Festival weekend.

We enlisted the services of one of our favourite photographers, Marc O’Sullivan, for a launch photocall ahead of the concert, and as usual, his colourful photos perfectly captured the energy, positivity and sense of fun that Discovery Gospel Choir seem to have in spades.

We were thrilled with the media coverage that resulted from our work on this project, with the choir performing on the infamous Late Late Show on RTÉ One; packages being broadcast on both ‘Mooney’ and ‘Morning Ireland’ on RTÉ Radio One; in addition to a supplementary long-form multimedia piece by RTÉ journalist, Jackie Fox.

And the media interest didn’t end there, so far the choir’s anniversary has also been covered by The Irish Times, Irish Independent, Irish Mail on Sunday, TheJournal.ie, Le Cool, DublinTown.ie, Broadsheet.ie, Near FM, Northside People, Southside People, and the Dublin Gazette.

Such a pleasure working with Discovery on this project, and received this lovely thank you for our work too!

Check out some of the coverage clippings below and keep your eyes and ears peeled over the next few months, as Discovery roll out the rest of their 10th anniversary activities! 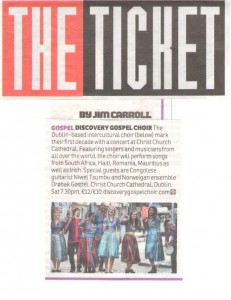 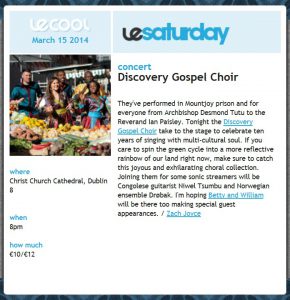 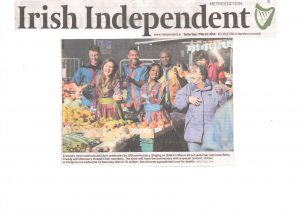 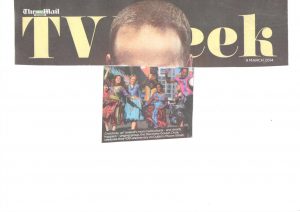 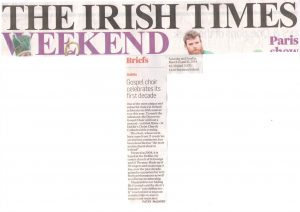 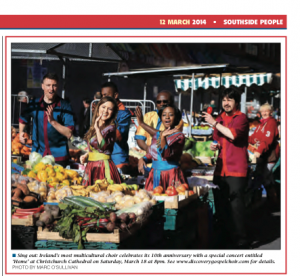