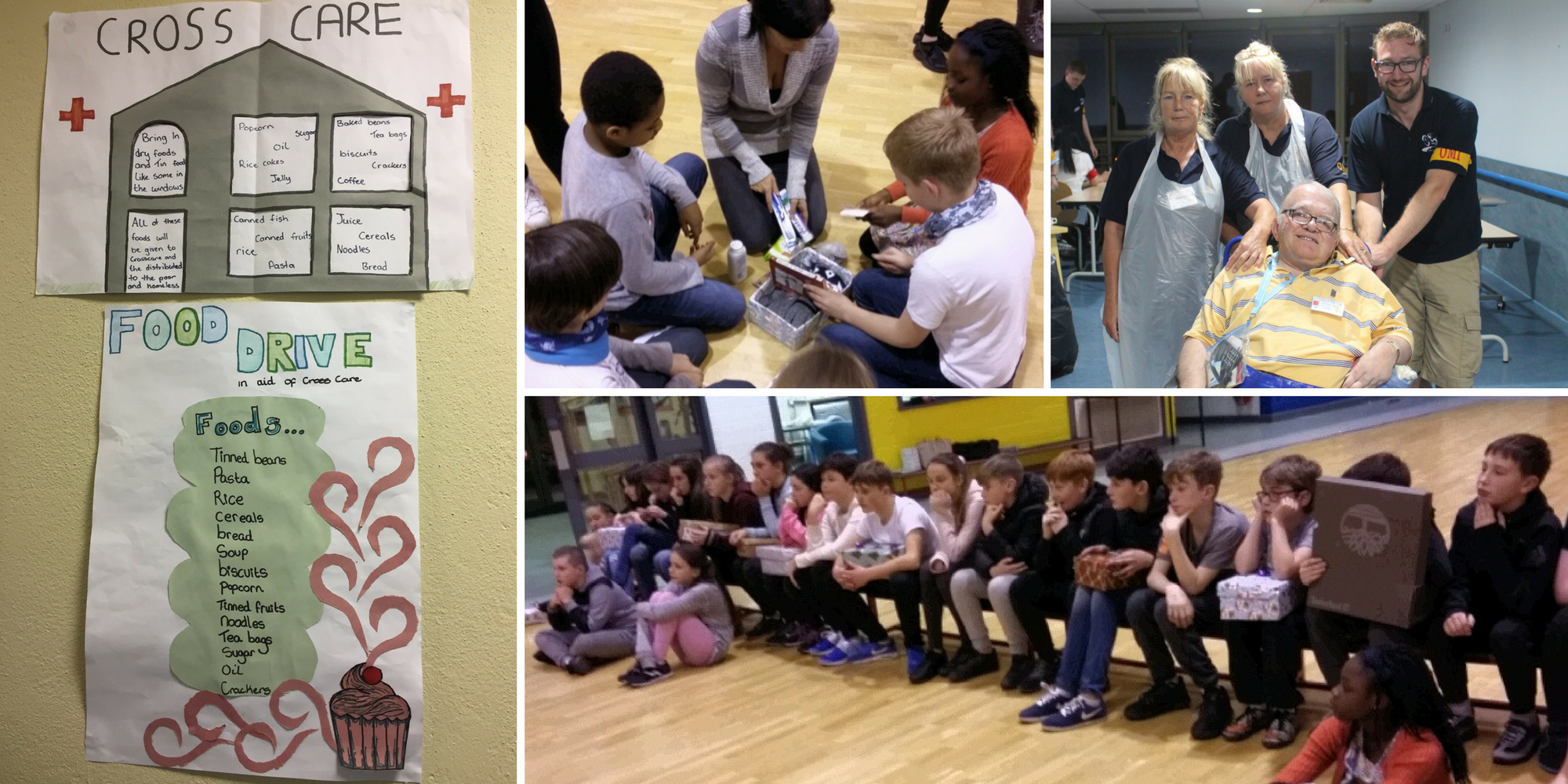 Every year, as part of our Corporate Social Responsibility (CSR) policy, each staff member at DHR is offered the chance to spend some of their work hours volunteering for a charity of their choice. In 2016, DHR staff volunteered with youth groups Foróige and the Oblate Youth Service, as well as with the Simon Community, Crosscare, Aware and the Irish Cancer Society. Read on to see how they got on. 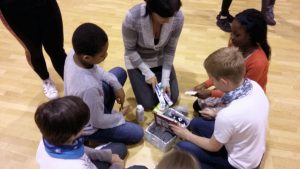 I have been volunteering with Foróige for more than 18 months now. This year I decided to use my eight volunteer hours for Foróige work so that I could plan and assist with Foróige Lucan Juniors 2017 Citizenship project. I created a plan for the project based on everything the children in the club had outlined at previous club nights. Their enthusiasm and empathy was fantastic to see throughout the project. I reached out to the homeless charities identified by the children that they would like to help and talk to, including St Vincent de Paul and Crosscare. A fellow club leader and I also met with a family-run organisation ‘The Clarkes Care’. The first part of our project involved putting together ‘happiness boxes’ to go to the homeless. We invited representatives from ‘The Clarkes Care’ to our club night to collect the first batch of boxes and talk to the children. It was a truly inspiring evening. I also used some of my volunteer hours to draft a 2017 work plan and communications plans for the Lucan Juniors Club. 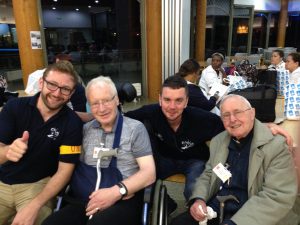 I put my 2016 CSR hours towards time spent working with the Oblate Youth Service (OYS), in Lourdes, France assisting with the intimate care of sick / vulnerable guests who travelled as part of the Oblate Pilgrimage. The most rewarding part of the volunteer experience is working on what’s known as the ‘early morning shift’ on the hospital ward, where two OYS members were assigned to each guest to assist them with getting up in the morning, showering and getting ready for the day ahead. You are quickly afforded the opportunity to develop a great relationship with the guest you are assigned to and they generally love the care and attention they receive from the young people. Throughout the day OYS members dedicated their time to the guests, assisting them at mealtimes, bringing them into town for 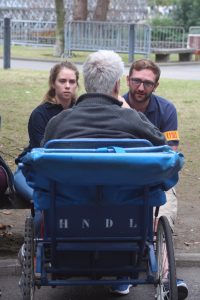 shopping or a coffee, and ensuring they were transported to the various ceremonies which took place as part of the pilgrimage.

From the very first engagement with new members of the OYS, the main priority instilled among the group is the importance of engaging in conversation with the guests. It is the most important aspect of the work of the OYS in Lourdes. Many of the guests spend the majority of their year in nursing homes, which some find quite lonely, and it is the responsibility of the OYS to make their stay in Lourdes as enjoyable and memorable as possible. The working day can be very long as a volunteer in Lourdes but it is such a rewarding experience. I have travelled with the OYS for a number of years now and the experience never tires. I would highly recommend it to anyone to give it a go. 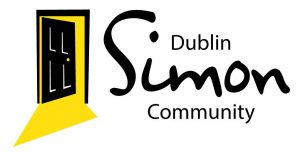 I dedicated my staff volunteer hours to the Dublin Simon Community which was looking for public relations support for its annual House of Cards campaign to raise awareness of the campaign among the business community. As part of my day in the communications office, I drafted a press release, rolled out pitches to business journalists, reviewed a newspaper advertorial, advised on other opportunities to target businesses, drafted an event listing for the Simon House of Light Show, reviewed a media list, and made some media pitches. It was interesting to get an insight into the work of an in-house communications team and to find out more about the services the Simon Community delivers to homeless people around the country. A number of the journalists I contacted with the press release I had drafted engaged with the campaign and said they would consider it for a story. I also generated coverage on the day on Business Plus and Dublintown.ie. 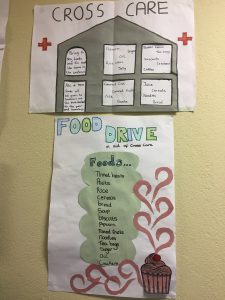 In 2016 I chose to use my CSR hours working a shift with Crosscare Foodbank in Glasnevin, which was established in 1989 and designed to work collecting surplus food products from food producers, supermarkets, manufacturers etc. These donations are then redistributed to more than 70 charities working to help those marginalised, excluded and/or living in poverty. This bank accepts all products, from frozen foods right across to household and personal care products. 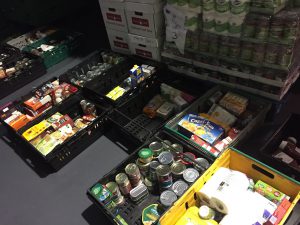 During my shift, I helped to sort public food donations in the Dublin Food Bank warehouse, which were then distributed to the five food banks around the greater Dublin area. It was great to learn how foodbanks work, as well as to experience the new model that Crosscare has developed. Community Food Banks are unique as they are run by community volunteers who carry out local food drives to help people living within the immediate area. Crosscare currently has five food banks, located in Dublin City (Darndale); North County Dublin (Swords); South County Dublin (Dun Laoghaire); West Dublin (Tallaght); and Bray, Co Wicklow. I was delighted to be able help them in the run up to Christmas, which is the busiest time of year and when they are in dire need of volunteers and support.

In 2016 I decided to split my DHR volunteer hours between two charities, The Irish Cancer Society and Aware. For The Irish Cancer Society I spent an afternoon collecting money on Daffodil Day. I was placed outside O’Neill’s on Suffolk, there was lots of passing traffic which was great as I was kept busy selling and chatting to people. I have done street collections for a number of charities over the years, but I have never before seen the type of recognition that goes along with Daffodil Day. The majority of people who walked by me were either wearing the flower already or stopped to buy one from me. The number of volunteers working on the day was also quite astounding. Both of these are indicative not only of what a good job ICS has done in building momentum around the day, but also the number of people who have been impacted by cancer in one way or another.

I have been working with Aware for nearly three years as a support volunteer, so I decided to put my remaining hours towards this. Aware was set up in 1985 to provide support, information and education to those experiencing depression and anxiety and to their loved ones. Volunteering for Aware one evening per week has been a really rewarding and interesting experience, so I was delighted to be able to dedicate a few more hours than usual to the service.