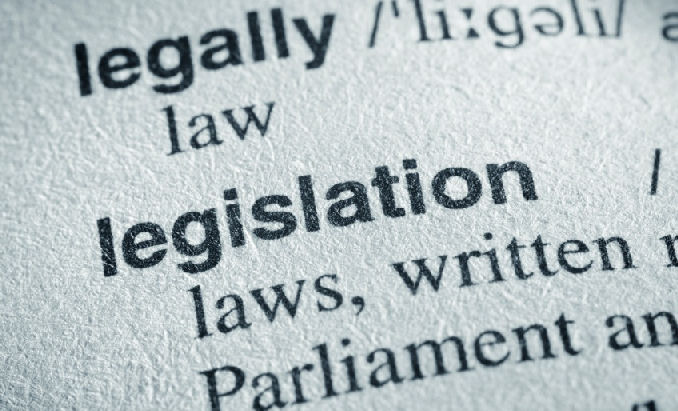 At the beginning of each parliamentary year – usually in September – the government of the day publishes its legislative programme outlining the Bills it intends to introduce and setting out what stage of preparation each piece is at.  The most recent list, published in September, lists 129 separate pieces of planned legislation.

But how does a promise in the Programme for Government or in a speech made by a Minister actually become the law of the land?  It is a slow and sometimes tortuous process.  The list published in September contains a number of planned Bills which were also on the first legislative programme published by the Fine Gael/Labour government back in April 2011 but which have not yet been published.

There are a number of distinct procedures at government and Oireachtas level that must be completed before a Bill can be published, processed through the Dail and Seanad and enacted as an Act.  The first step that must be taken when a Minister wants to introduce a Bill is to bring a memorandum to government, which sets out in broad terms what the Bill is designed to do and what its main provisions would be.  Prior to the Cabinet meeting this memorandum would be circulated to all other Departments, who would be invited to submit observations.  The Department of Public Expenditure and Reform, for example, might raise reservations about the cost implications of the legislation and other Departments might express concerns about implications for their areas of responsibility.

Assuming that the go-ahead is given, the next step is the production of what are called the Heads of the Bill.  These set out in some detail what each section of the Bill is designed to achieve and how each section would be worded. (see for instance the Heads for the long promised Climate Action and Low Carbon Development Bill). These would normally be produced by the relevant Department in conjunction with the Office of the Parliamentary Counsel, which is part of the Attorney General’s office.  Again these would be circulated to each Department who would be invited to submit observations.  In a reform introduced by the current government, the Heads are now also frequently submitted for consideration to the relevant Oireachtas Committee, which can invite submissions from interested parties.  The most high profile hearings on a promised Bill in recent times were those held by the Health and Children Committee into the draft Protection of Life During Pregnancy Bill, held in 2013.

When this process is completed the Bill then goes back to the Office of the Parliamentary Counsel for final drafting.  Every line must be checked, every reference confirmed, every step taken to ensure that older legislation is appropriately amended and that there are no loopholes.  Drafting legislation is a hugely demanding and a shortage of personnel with the appropriate skills is often cited as a reason for the backlog in legislation.

When the Bill is finally approved by the government it then goes before the Oireachtas.  Most Bills start life in the Dail, but they can be initiated in the Seanad.  When a Bill is initiated in the Dail, there are five separate stages it must go through.  The First and the Fifth Stages are simply technical steps, but the other three are important.  The Second Stage consists of a debate on the general principles of the Bill.  At the end of this Stage, the opposition can call a vote on the Bill if they are opposed to it in principle or if they believe that it is fundamentally flawed in some way.  If passed, it then goes on the third or Committee Stage.  This involves a detailed line by line, section by section consideration of the Bill, and is usually done in the relevant Committee rather than in the Dail chamber.  Any member of the Dail is entitled to table amendments and to call votes on them but, in practice, only Opposition Deputies do so. When the Committee has finished its work it goes to the fourth or Report Stage. This is done in the Dail Chamber and is similar to the Committee Stage, but with more limited rights to table amendments. This is the final tidying up of the Bill.

When the Bill has completed all stages through the Dail it then goes for signature by the President. Assuming that there are no questions about its constitutionality, the President is normally required to sign it not sooner than five days and not later than seven days after it is submitted to him.  The Bill becomes an Act or the law of the land on the day it is signed the President and a notice to this effect must be published in Iris Oifigiul. This does not mean that all Sections of the Act become operational immediately.  Many Acts contain ‘commencement clauses’ which mean that the relevant Government Minister must make an order bring the Act in its entirety or particular Sections of it into effect. This can often result in long delays in Acts taking effect, such as the case of the Charities Act cited by my colleague Martina Quinn in her recent blog.

A copy of the Act, printed on vellum, in both Irish and English is then lodged with the Office of the Registrar of the Supreme Court.  Under the constitution responsibility for interpreting what any section of the Act actually means rests not with the Minister who initiated it, the parliamentary counsel who drafted it, or the Oireachtas which approved it – but with the Supreme Court. And while all debate on legislation going through the Oireachtas is normally held through English, if here is any conflict detected between the two versions of the Act it is the Irish language version that must prevail.