DHR Communications has been really, really busy in recent weeks!

For the past few months, we’ve been working with Ballymun Youth Action Project (BYAP) to plan and deliver a programme of events to mark its 30th anniversary.  The Project was Ireland’s first ever community-based response to drugs: it was founded in 1981, after three young people died from drugs-related causes in Ballymun.  To mark the 30th anniversary, we’ve been working with BYAP on events that are running now, throughout the month of March. 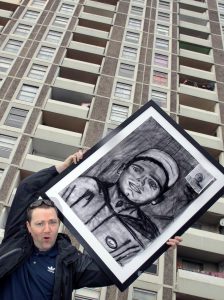 Last week saw the official opening of the programme of events, with a visit to BYAP by President Mary McAleese; the launch of a ‘BYAP 30 Years’ art exhibition curated by acclaimed artists Guggi and John Duffy; the planting of a commemorative rose-bush; and the unveiling of a major public art project, developed in collaboration with axis Ballymun.  Next week will see a national conference on substance misuse in Dublin Castle, and a community festival at the plaza in Ballymun, featuring a headline performance by Christy Dignam and Joe Jewell from Aslan, along with a whole host of performances by local acts.  All of the BYAP 30th anniversary events are open to the public, free of charge.  For further information, click here.

In addition to our work with BYAP, we’ve been busy with ESB International recently: in the past few weeks, ESBI’s new corporate blog – www.energyinnovation.ie – went live.  DHR Communications oversaw the planning and development of the blog, and advised ESBI on content planning.  Members of ESBI’s senior management team are the bloggers for this venture, sharing their insights and expertise on a broad range of topics relating to the energy sectors in Ireland and abroad.  So we’d advise anyone with an interest in energy to check it out and subscribe for regular updates!

We’ve also been travelling the length and breadth of the country in the past few weeks, visiting colleges and meeting students from all over Ireland as part of an information roadshow for the ‘Generation Next’ entrepreneurship competition.  We’re working with the South-East Regional Authority on developing and promoting the competition, which we launched last month with a little help from ‘Dragon’s Den’ star – and leading entrepreneur – Sean Gallagher. 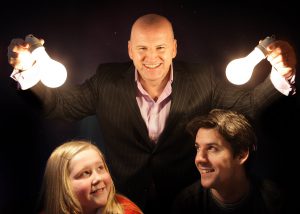 And, of course, in the middle of all this work, a general election took place!  In the lead-up to this, we advised the Family Resource Centre National Forum on a pre-election initiative that resulted in over 200 candidates signing a pledge to maintain support for the FRC programme.  We also provided event management services to Trócaire and the Society of St. Vincent de Paul for a hustings event, addressed by representatives of all major political parties.  And we worked with the Immigrant Council of Ireland on the launch of ‘Count Us In’, a campaign aimed at highlighting the voting power of new Irish citizens. 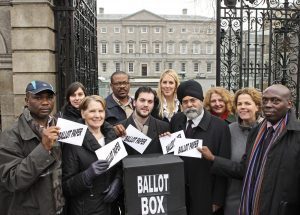