Subscribe For News
Home » DHR News » Digital » Has the Web Summit gotten too big for its boots?
November 5, 2014 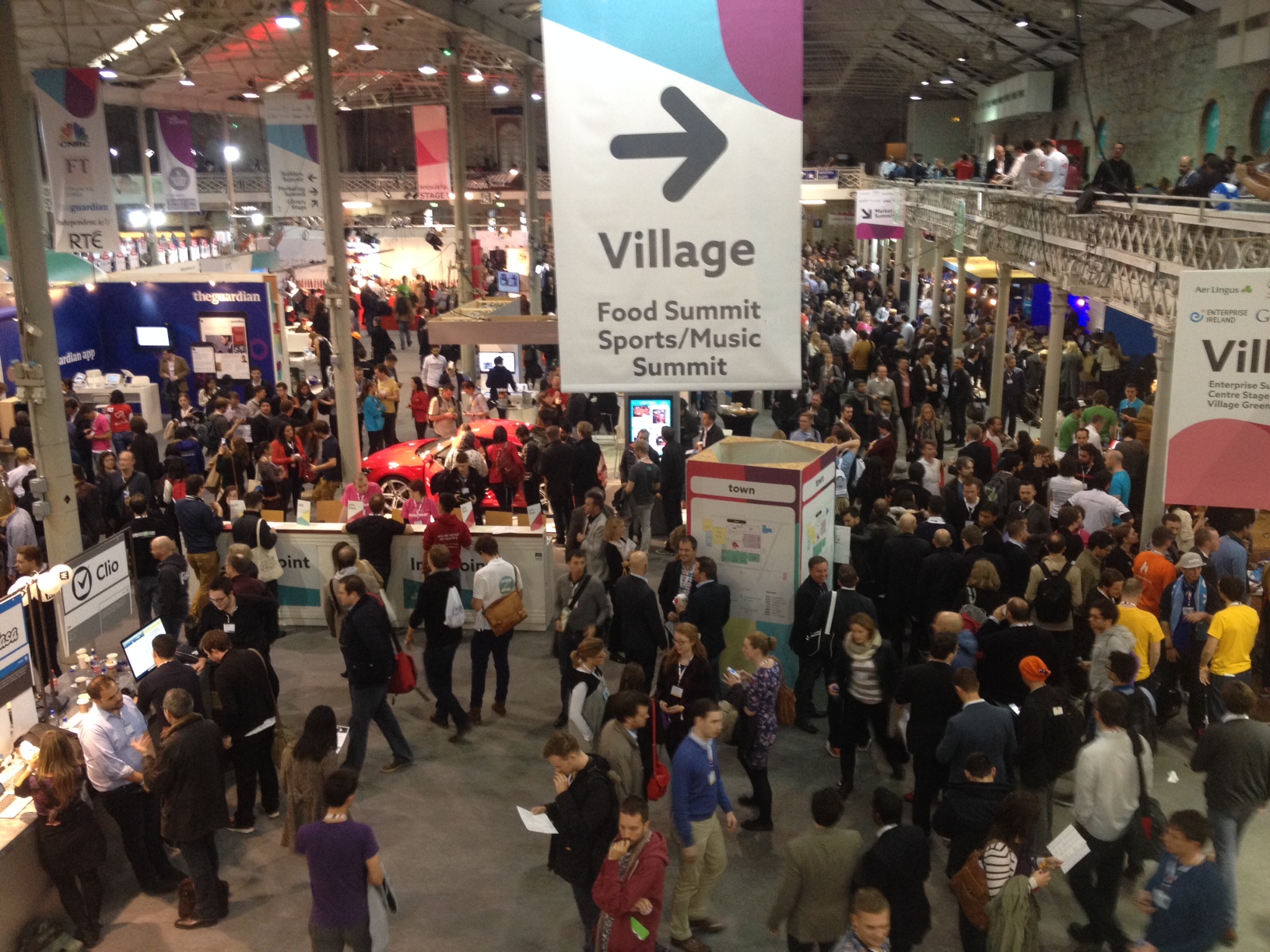 Has the Web Summit gotten too big for its boots?

The Web Summit has grown from 400 to 20,000 attendees over the past four years.  That’s something we’ve heard over and over again in the past few days.

It has become something of a darling amongst Irish media and politicians, with senior government figures eager to get ‘cool’ press shots, surrounded by the people they view as the young, hip saviours of our formerly flailing economy. 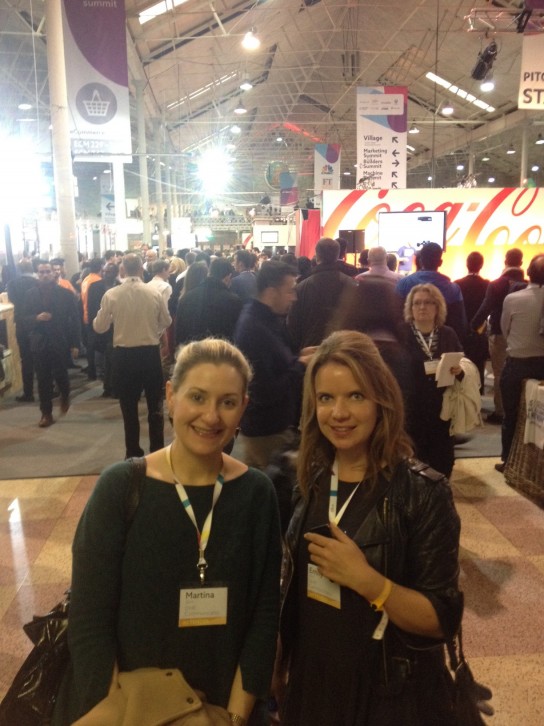 DHR’s Martina Quinn and Emily Kelly at the Web Summit

The Summit brings tech leaders, investors and entrepreneurs from all over the planet to Dublin, where they’re exposed (we hope!) to the best facilities, food and fun Ireland has to offer.

But has this event gotten too big for its boots?

Here are some of the negatives I’ve experienced in recent days: 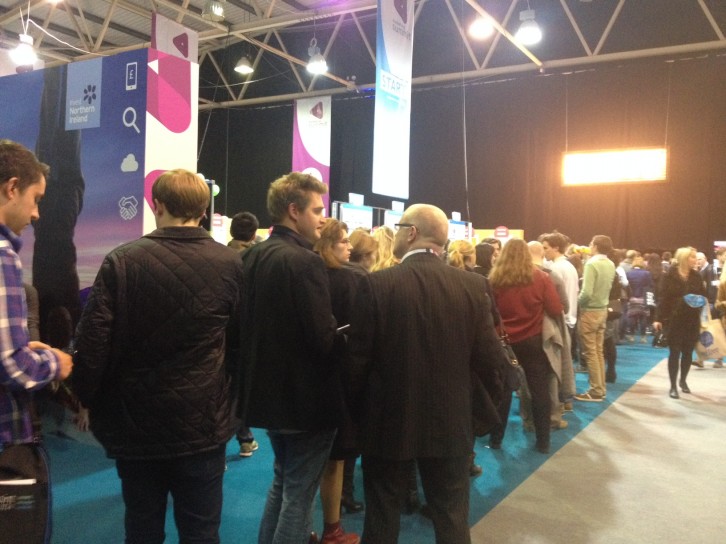 I organise large-scale events myself and I know this comes with the territory.  So I was okay with this, thinking I would easily access info on rescheduled times online and in real time while at the venue.  Again, the wifi problems have put paid to this.  I’ve been following Web Summit proceedings on Twitter as much as possible, using my phone’s 3G coverage, but – unfortunately – it seems the organisers aren’t using the @WebSummitHQ feed to announce schedule changes either. 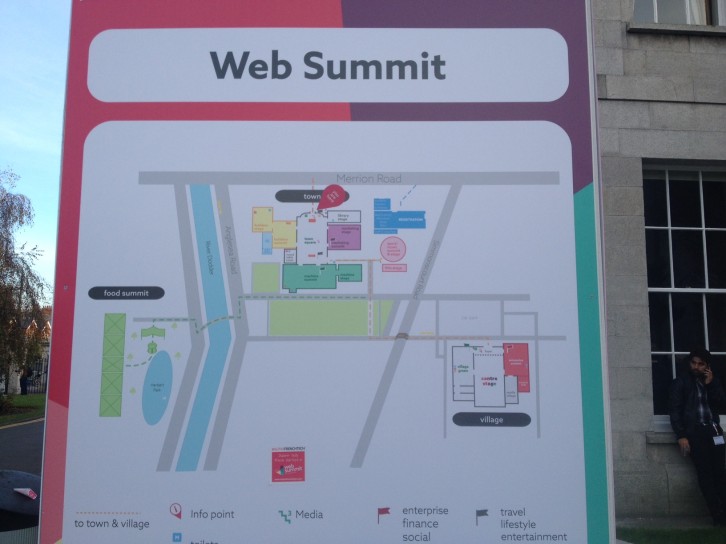 (On a positive note here, however, the event management team have done a great job ensuring a continuous flow of people into and out of the various venues, with good crowd management systems in place, and not bad queues for most things.)

I don’t want to be one of those much-stereotyped Irish begrudgers, giving out about something that has become a major success.  But I’ve had lots of chats with people in Ireland’s tech sector in recent months and one thing that kept coming up was how the Web Summit has certain flaws, but nobody is willing to challenge them out loud.

Yes, it’s a great event.  And, yes, anything that draws 20,000 influential tech enthusiasts to Dublin is to be welcomed.  But this isn’t the Emperor’s New Clothes.  It’s okay to say there are things that could be done better at the event, isn’t it?

What Could Be Improved?

Personally, I think the Web Summit should get everything perfect (in as much as perfection can be achieved for any major event) before expanding further.  Find a venue with excellent wifi; minimise the amount of last-minute schedule changes likely to arise; when changes do happen, blast out that info far and wide; make sure people feel they are getting their money’s worth when they attend, i.e. seeing great content and meeting interesting people, rather than spending most of their time traipsing from place to place.

When things go wrong, accept the blame.  At one point yesterday, one of the main organisers asked the crowd at centre stage to mockingly applaud the RDS for its failure to fix the wifi problems.  I have no idea what lies at the root of those problems, but the organisers themselves need to accept responsibility for the fault, rather than pushing it on to the venue managers.  After all, they are the ones that chose the venue!

Finally, add more female speakers to your line-up!  That’s a topic on which I could write multiple other posts, but the Web Summit’s (and wider tech industry’s) failure to embrace diversity has been well documented by now.

I’ve another day to go at the Summit, and I’m hoping it will be great.  This event shines a valuable spotlight on Ireland, and puts Dublin on the map for lots of global go-getters in tech and other industries.  If it doesn’t address a few basic event management flaws, however, 20,000 people won’t keep coming back each year.