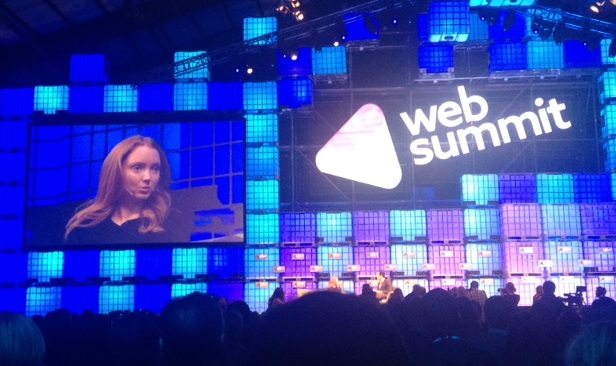 Day two of the Web Summit was a lot busier than day one, but – with all the initial registration tasks out of the way and a better sense of where everything was located – we got to see a lot more talks and presentations today too.

The first thing that stood out for me was that the number of female speakers on Day Two of the Summit – for the sessions we attended at any rate – had increased significantly, so that was encouraging!

A highlight from today was, without doubt, the session with actress, entrepreneur and model Lily Cole, who took to the Centre Stage before lunchtime to talk about her social network, Impossible.com, which allows people to post ‘wishes’ – things they may want, need or offer, which are then shown to other people. Lily, who is an art history graduate, was incredibly articulate, outlining her interest in innovative production chains, and touching on how her position in the public eye has helped her to build an audience for her platform and secure valuable media coverage for it.

Other than that, we spent most of the first half of the day at Centre Stage, where we saw: 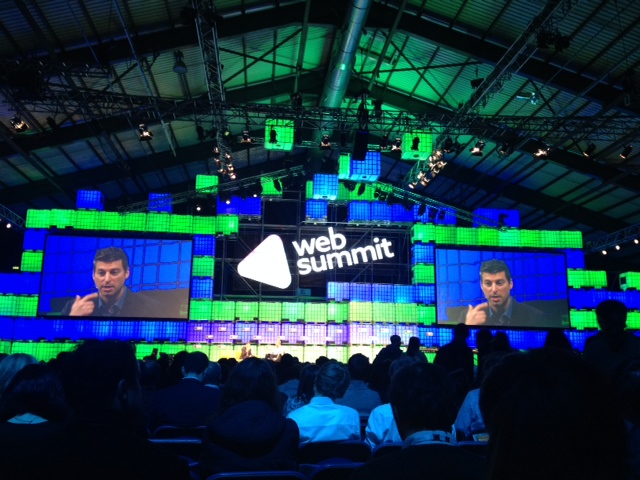 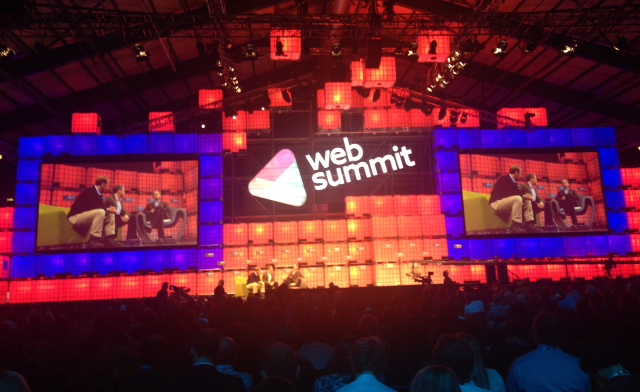 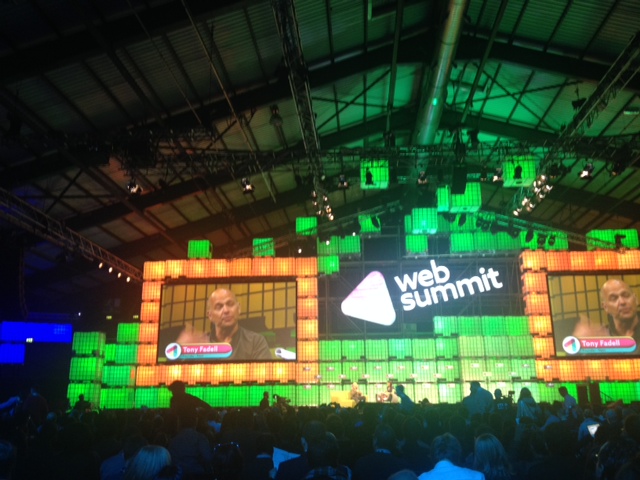 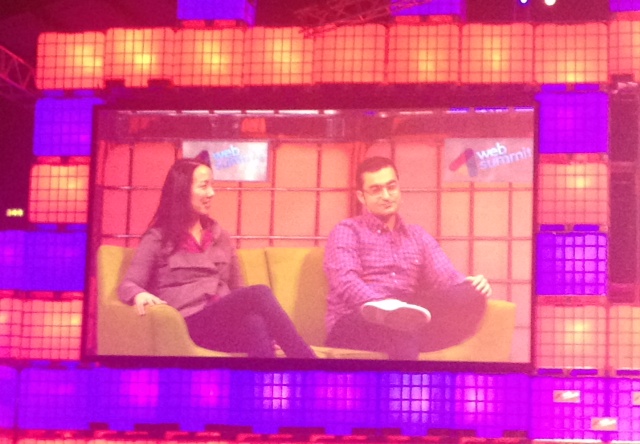 At this stage, it was time to get some lunch and we headed over to the Food Summit in Herbert Park. This element was much more impressive today, with a better selection of food and less queues – we even managed to find a perch to sit down and rest our weary legs! 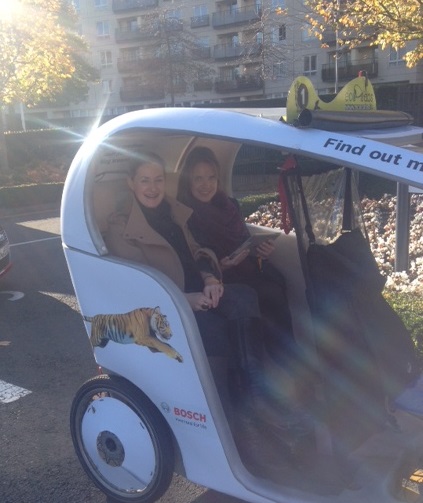 Martina and Emily were so tired after lunch, they had to get an eco-cab back to the main venue!

After lunch, we raced (or were slowly pedaled!) back to Centre Stage to catch ‘How Data was used to win the Presidential Election’ only to find that this talk had been re-scheduled (who knows to when!).

As we were there, we sat down for a talk with Jonathan Klein from Getty Images and Brian Morrissey from DigiDay, entitled ‘Re-inventing in an Age of Constant Disruption’.  This turned out to be really relevant to our work and it re-affirmed our belief that high-quality images are of the utmost importance when it comes to securing coverage. It was very refreshing to hear Jonathan Klein speak of the various steps (and major risks) Getty have taken in order to remain relevant in the digital age, including making 60 million images available free online.

At this point, we decided to make the trek back to the RDS to the Marketing Stage for ‘A New Model for Publishing’ with Shane Snow from Contently, but yet again the schedule had been changed without warning, so we missed out on this talk.

The Marketing Stage was the hottest area of the whole Summit (and I meant that literally!).  So, not wanting to melt away altogether, we just stayed for one more talk there, which was ‘Native Advertising’ with Antonia McCahon from Pernod Ricard; Contently’s Shane Snow; and Michael Copeland of Andreessen Horowitz.

Following this, we made our way over to the Library Stage to see Neil Jordan speak about the role of technology in storytelling. Despite arriving 30 minutes ahead of this talk, we only just made it into the back of the room by the skin of our teeth! We were glad we did and Neil outlined how, when it came to making ‘The Crying Game’, the very story element that put the producers off (having a trans woman as a central character) served to draw in the public. He also touched on what he considers to be the most exciting medium of the moment: long-form television programmes. 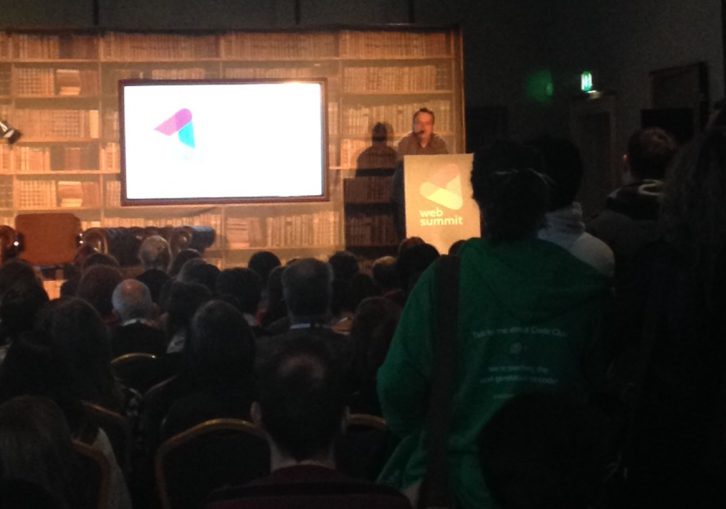 If you squint, you’ll see this is Neil Jordan!

And so, day two of the Web Summit comes to an end and the quest for mobile battery conservation continues.  Roll on tomorrow. 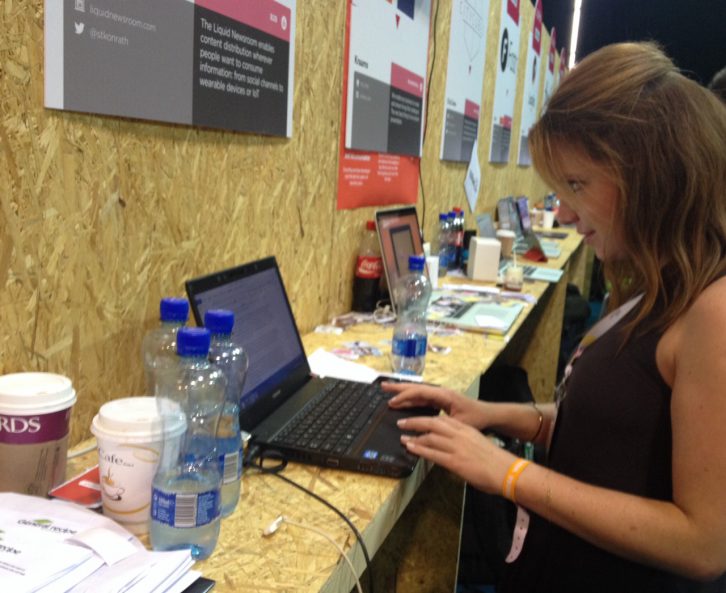 Emily, hard at work, blogging from the Web Summit!